Canadian Finance Minister Joe Oliver left a meeting with Bay Street economists confident that the federal government will meet its economic and budget targets – even as economists expressed concern that oil's sharp decline may tip the balance of economic risk to the downside.

"Canada remains strong despite an uncertain global economy," Mr. Oliver said in a press conference following a downtown Toronto consultation with top private-sector economists in preparation for the government's fall economic and fiscal update. "We are confident we're going to have a surplus next year … We're in a position, therefore, to fulfill our campaign promise, which was to lower taxes for hard-working Canadians."

Canadian finance ministers routinely meet with public-sector economists in advance of their budgets and fall updates. The government relies on the consensus of public-sector gross domestic product forecasts to form the economic growth assumptions it uses in its budget calculations.

While Mr. Oliver wouldn't confirm the current consensus GDP growth forecasts that the government is working with, economists who took part in the meeting indicated that the consensus remains for real growth of about 2.3 per cent in 2014 and 2.5 per cent in 2015 – still in line with the assumptions Ottawa used in its budget last February. But while the mid-point of economic forecasts hasn't changed, there may have been less of a true consensus in the meeting than there had been among private-sector forecasters earlier in the year.

Bank of Montreal economist Douglas Porter said that while U.S. economic growth continues to bode well for Canada's outlook, the range of opinions among forecasters has widened as risk factors have mounted – which, in addition to plunging oil prices, include a slumping euro zone, a Chinese slowdown, unsteady financial markets, rising geopolitical problems and the Ebola crisis.

"How would I shade the risks at this point? Pretty squarely to the downside," Mr. Porter said.

In particular, attendees of the meeting expressed their concern to the minister that the recent rapid deterioration in oil prices, if sustained, could deal a blow to Canada's economic outlook.

"[The energy sector] has driven the Canadian economy for years. Are we at the eve of a game changer?" said Clément Gignac, chief economist at Industrial Alliance Insurance, as he emerged from the meeting.

West Texas intermediate crude oil slumped below $84 (U.S.) a barrel Tuesday, its lowest price in more than two years and down more than 20 per cent since June. The International Energy Agency both lowered its demand outlook and raised its supply forecast on Tuesday, citing the sluggish global economy and rising U.S. shale production.

"[The weakness in oil prices] is one truly new development that affects Canada in many different ways," Mr. Porter said. "It's a mild negative for the Canadian economy, but it has huge regional implications. … And I would say movements in oil prices can be big enough to affect federal finances."

"There was a lot of discussion about what some of the downside risks might be," Mr. Oliver acknowledged. "There are some serious risks out there." But he characterized them as largely "external" to Canada and North America, which are on relatively strong economic footing.

Domestically, Mr. Oliver downplayed the risk of a housing bubble, saying the government's previous moves to tighten mortgage rules "have taken the froth" out of the residential mortgage market.

"If there is a need for some modest further changes, we'll undertake them. But we don't see the need for dramatic changes … I don't believe it's called for," he said.

"We always, in our projections, take into account downside risks," he said. "Taking that into account, we're very comfortable in achieving a budgetary surplus next year."

He said the projected surplus will put Ottawa in position to deliver on promised tax cuts for "hard-working Canadian families," but he declined to provide details. Mr. Oliver would not discuss, however, whether the government still intends to follow through on its controversial promise to allow income-splitting between spouses to reduce their income tax bill. He also declined to confirm the timing of his fall update, which is expected in late October or early November.

Mr. Gignac suggested the government should re-think spending its expected surplus on tax cuts, given the uncertainty surrounding the energy sector's ongoing strength as an economic engine. He said he advised Mr. Oliver to devise a "Plan B" that would involve investing surplus funds in infrastructure and innovation that could lend support to the broader economy.

"We are at a crossroad," he said of the approaching balanced budget. "We have to spend properly and make good decisions." 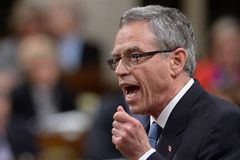 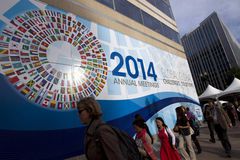 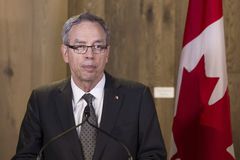