Ottawa and the provinces are poised to unveil a sweeping new agreement to liberalize interprovincial trade – a deal that details the many ways governments continue to inhibit the free flow of goods, services and workers in the country.

The final text of the Canadian Free Trade Agreement is slated to be released Friday in Toronto – a deal Ottawa says will allow Canadians to buy, sell and work more easily across Canada. It also toughens sanctions if provinces run afoul of the rules – doubling fines for violations to $10-million from $5-million.

The agreement, covering as much as $385-billion a year in trade, would come into force on July 1 – Canada's 150th birthday.

But the list of exemptions – from the broad to the arcane – makes up almost a third of the roughly 300-page draft document obtained by The Globe and Mail. Most provinces will maintain strict barriers in areas such as energy, forestry, alcoholic beverages and financial services.

Others seem bizarre or just outdated. Ontario, for example, restricts the "taking of bull frogs for sale or barter" to residents. In Quebec, outsiders must live in the province at least a year before working as a funeral director. Newfoundland and Labrador maintains a broad right to issue "special orders" favouring residents on investments and market access.

Federal officials said the agreement will create a framework for dealing with soon-to-be-legalized marijuana sales and other emerging businesses. The deal also streamlines the process for settling disputes, allows professionals such as engineers to bid on work across the country and opens most government contracts to out-of-province bidders, including as much as $4.7-billion in energy utility contracts.

Navdeep Bains, the federal Minister of Innovation, Science and Economic Development, said the agreement's inclusiveness and transparency are its greatest strengths, creating a clear path to eliminating lingering trade barriers.

"The benefits of open market access outweigh the exemptions in the agreement," Mr. Bains said in an interview Wednesday. "This is the most comprehensive approach. It covers the entire economy."

And he's right: The agreement, which replaces the 1995 Agreement on Internal Trade, creates a so-called "negative list" rule that automatically removes barriers to trade that are not specifically excluded by Ottawa and the provinces. Anything not specifically exempted by governments, including new and emerging business areas, will be free.

"That's the benefit of transparency. It puts the onus on the jurisdiction to explain why they are promoting a particular exemption," Mr. Bains explained. "That level of public scrutiny … will promote further liberalization and will encourage us to deal with this on a going-forward basis."

Ontario Economic Development Minister Brad Duguid said Canadians should judge the new deal by the severe limitations of the one it replaces. "This will make us more competitive, as a country and as a place to do business," he insisted.

The deal will limit the ability of governments to maintain barriers and add new ones, said Ross Laver, senior vice-president of the Business Council of Canada. "The world won't change on Friday, but it's a significant step forward," Mr. Laver said.

And yet, well after Canada Day, provincial monopolies will still control virtually all sales of liquor and electricity within their borders. The regulation of financial services will remain splintered and uneven – without a national securities watchdog. And the dairy and poultry sectors will still be among the most regulated in the world, with cost curbs on interprovincial trade.

Ottawa and the provinces have agreed to liberalize some of these areas, including alcohol and financial services, within set time frames. Provinces have pledged to come with "options" for opening up alcohol markets within a year. And they have committed to completing talks by 2020 on adding provincially regulated financial services to the agreement, including payday lenders, credit unions and insurers.

The agreement also creates a special mechanism to deal with onerous regulations and standards. A regulatory reconciliation and co-operation group will submit an annual work plan to federal and provincial trade ministers and produce an annual progress report. A federal official acknowledged that harmonizing many of these rules is a "slog." The official added that governments also don't want to do anything that would create an open door for foreign suppliers without getting something in return in international trade negotiations.

Estimates of what provincial trade barriers cost the economy range from as little as $10-billion a year to as much as $130-billion, according to a 2016 report by the Senate banking committee. 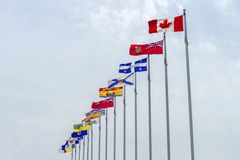 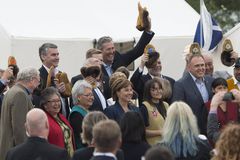