Keith Roy does what most every realtor does. He sees people sitting on $1-million properties (or, this being Vancouver, $2-million-plus properties) and asks if they're interested in selling.

"I'd phone people and say, 'Hey, your house is up in value. Are you thinking about selling?'" Mr. Roy of Re/Max in Vancouver says. "And they're, like, 'Where am I going to go?'"

And therein lies the predicament for homeowners in Toronto or Vancouver who might be considering a move within the same city: They're living in a hugely valuable asset, but comparable homes are just as expensive. "They have to live somewhere," Mr. Roy says.

There's the quip that anyone who bought before the current boom effectively "won the lottery," but that rings hollow. And in the case of Vancouver, it's often just the land value itself that's so gilded, with the condition of the house almost irrelevant.

For homeowners who have been on the sidelines for years, watching as homes around theirs have multiplied in price, and who may now be thinking of selling and buying a new home themselves, they'll find that things have changed considerably. Many of the old truisms for home buying, especially in the hottest markets, Vancouver and Toronto, are long outdated.

The pecking order of neighbourhoods has changed dramatically. In Vancouver, Main Steet is the new Cambie Street, while Fraser Street is the new Main, Mr. Roy said. The demarcation of the traditionally higher-priced westside and the less-expensive eastside hasn't changed in terms of address, but it has in mindset and buyer demand.

"The hot neighbourhoods have been moving further and further east. That's a result of two things. It was originally driven by price. But now what's happened is that there are better communities on the eastside than there are on the westside," he argued. "The westside has the vacant-house problem [of absentee homeowners]. The eastside is the new westside."

Not everyone in the westside's Kitsilano or Kerrisdale would agree of course, but the high prices have equalized desirability throughout the city.

Realtor Gina Rossi at Re/Max Crest Realty in Vancouver notes Hastings-Sunrise, for example, an unassuming area around the Pacific National Exhibition. "It has always been a desirable and vibrant area, but half the city had never heard of it. It was doing its own thing. Now everyone's heard of Hastings-Sunrise," she said, noting how restaurants, for instance, have drawn people from around the city into the neighbourhood.

This hasn't happened as overnight. The reinvigoration of the Mount Pleasant area and Main Street, two other prominent community anchors on the eastside, has been building for years, she said.

While in Toronto, realtor Kate Watson at Bosley Real Estate Ltd. noted that many people buying and selling aren't changing neighbourhoods as their income or their families grow.

"People used to say, I'm living west of Dufferin," which has served as a mental boundary between the more central residential neighbourhoods and the further westside of the city, "but I'd love to move east of Dufferin. When we get some money or I get a raise, we'll move to a better neighbourhood.

"But now, all of the neighbourhoods have really improved. They all have the amenities people want. The food has improved. The parks have improved," she said.

And she speaks from experience. "I know when I bought my house, the big deal was, if only we could move to the Annex," the leafy, community-minded neighbourhood close to the University of Toronto and to rows of shops and restaurants. "Well, now people don't really want to move to the Annex. They are happy where they are. A lot of people want to buy a bigger home in the same neighbourhood [they're already in]," she said.

As in Vancouver, "people originally moved out there by price [into the eastside], but then when they all got there, they created a new and better community than existed before. It's not your grandmother's eastside anymore."

In Vancouver, "the challenge is that the price of the land is so expensive, the value of buying a fixer-upper is largely gone," Mr. Roy said. "If you buy a house for $1.5-million and spend $100,000 fixing it up, it's probably still worth $1.5-million."

By this logic, an old house or a cookie-cutter Vancouver Special that needs fixing up probably isn't worth improving, if looked at purely on financial terms. Many of those older houses will likely be torn down as their economic value, compared to soaring land prices, comes to an end, Mr. Roy said.

Ms. Rossi, also in Vancouver, noted that buyers must consider fixer-uppers with more of a strategy, to be clearer on costs, because professional home renovation prices are now through the roof.

She also recommends talking to a realtor about the pros and cons of renovating before selling a home. Often a renovation can be meaningless in terms of increasing a house's value.

"It depends on the house. Sometimes you just need a few things that are going to take a house to the next level," she said. But in other houses, "I walk through and say, I don't think I can get you any more money if you redo that bathroom. When the market is really hot, someone may overlook the bathroom and know that they can do it themselves."

Besides quality of life and personal taste, it often comes down to weighing costs. "It's really hard to find contractors," said Ms. Watson in Toronto. "Managing a renovation can be a nightmare. It's not easy. It's very expensive. You have to have a place to live [during renovations]."

Essentially, for people looking at fixer-uppers as a cheaper way to enter the market, "I don't think that's really an option," she said. "What most people want is a house that only needs cosmetic work."

Spring and fall aren't the busy times any more

Spring used to be the obvious time to sell, if timing is not restricted. The windows are open and the sense of renewal in the air enhances any home. Or in autumn, there's a sense of a new start, new opportunities. But in hot markets, demand continues year-round, and in Vancouver, summer tends to be the busiest season now, Mr. Roy said.

"Collective wisdom in the real estate community will tell you that spring is busy, and then fall is busy, summer is a little bit quieter, and winter is dead. That's what people assume," he said. "But the reality is that once the [real-estate listings] information was handed to consumers through the MLS online, the consumer said that we want to shop more in the summer than we do in the fall."

He noted that summer has become a continuation of the spring and that June, July and August are collectively busier than September, October and November. August may die down a little, but spring to summer is now one long homebuying season. "And that's not true for all markets, but it seems to be true in Vancouver." The reason for this, he believes, is partly that consumers have more time to visit houses on summer evenings or by taking time off during summer days.

Ultimately, that's a problem of a limited number of houses on the market compared to heavy demand, regardless of the season.

"I think, more than anything, the prices in cities are going up so much because everybody gets stuck. There's not very much inventory turnover because everybody holds on to their properties," Ms. Watson said in Toronto.

"And it becomes increasingly difficult to move up, because lots people want to move up, especially in Toronto. I work mostly downtown, so there are lots of three-bedroom, two-storey semis [semi-detached homes], but there are fewer five-bedroom, three-storey properties," Ms. Watson said. 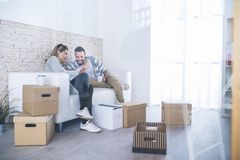 Dream of owning a home comes true for more single women
April 6, 2017
Desperation drives some home buyers to gamble on a fixer-upper
April 8, 2017
Follow Guy Dixon on Twitter @Guy_Dixon
Report an error Editorial code of conduct
Due to technical reasons, we have temporarily removed commenting from our articles. We hope to have this fixed soon. Thank you for your patience. If you are looking to give feedback on our new site, please send it along to feedback@globeandmail.com. If you want to write a letter to the editor, please forward to letters@globeandmail.com.
Comments