When Paul Darquin left the job he held for 35 years, he and his wife, Elaine, decided to get some expert advice about pensions and retirement.

The Darquins wondered whether it was better to keep Paul's retirement savings in the pension plan offered by his employer, the University of British Columbia, or to pull the money out and invest it. For an answer, they consulted a financial adviser at the financial institution they had dealt with regularly.

The result was a debacle that has cut deeply into their retirement savings and massively increased their debt. "We're financially devastated from this experience and we have to dig our way out of it now," Elaine Darquin says.

The Darquins' experience stands as a warning to Canadians who are weighing their retirement prospects as reliable pensions become an endangered species.

At the same time, the pension crisis presents a huge opportunity for the financial sector to sell advice and products, and the industry knows it. "There's a greater need for us with less of a pension system - by far," says Clay Gillespie, a financial planner at Rogers Group Financial in Vancouver.

Tools you can use

Do you know what it takes to create a secure retirement? Use this calculator to help create your retirement plan

But as the Darquins' travails show, the financial industry may not be ready to provide the kind of advice that people need as opposed to the kind that sells products.

It was in January, 2005, that Mr. Darquin left his job as an audiovisual technician at UBC. While his salary topped out around $45,000, his long years of service helped him amass a sizable pension, valued at $465,394.13.

Mr. Darquin, 62, was prompted to seek advice about his pension after being informed that he had two options upon leaving his job: One was to keep his money in the UBC plan, the other to take it out and invest it elsewhere.

The Darquins' adviser recommended they invest the pension money as part of a complex plan that included investing borrowed money.

"I didn't say to him, 'The UBC pension isn't enough, what can you do for me that's better?'" Mr. Darquin recalls. "Probably the way it worked out was that he asked, if he could do better [than the pension] would that be good? I probably said yes."

Today, the Darquins have total debts, including a mortgage, of about $150,000, up from about $50,000, and their retirement investments were recently valued at just over $267,000 - a dramatic difference from the value of the UBC pension. To recoup their losses, they're pursuing legal action against their adviser.

"Part of the problem is that he got us into this complex financial arrangement which was really above and beyond," says Ms. Darquin, 58. "We're used to having a credit card and a mortgage."

The Darquins' story highlights what investor advocates believe is the central weakness of much of the investment advice offered in Canada. Most financial advisers make their living through commissions on the sale of investments, which means they face a conflict: Whether to recommend what offers the highest compensation or what's best for the client.

"Most financial advisers have the best interests of their clients at heart," says Steve Garmaise, associate director at the Canadian Foundation for Advancement of Investor Rights (FAIR). "But despite the best intentions of most advisers, they still face a fundamental conflict of interest in offering true, dispassionate advice to their clients."

There other concerns about whether the financial industry has its clients' best interests at heart. Many advisers are too busy to give all their clients proper attention. High mutual fund fees undermine the gains of investors who already face low returns because they're investing conservatively for retirement.

After 41 years of work, he recycles bottles for extra cash

But conflict of interest is the core issue. One of the few people addressing the quality of investment advice is Cary List, president of the Financial Planners Standards Council, which oversees the Certified Financial Planner (CFP) designation.

Mr. List wants his members to focus more on providing financial planning than on selling investments. Thus they'd be in a better position to deal with questions like the whether a client should stay in a company pension plan.

"That's the biggest ethical dilemma," Mr. List says. "It's a huge challenge for any professional adviser when there's a whole lot of money sitting on the table."

What happens when an adviser not fixated on commissions looks at the pension question? Mr. Gillespie, of Rogers Financial, has done a lot of pension analysis for employees of UBC, where Mr. Darquin worked. "Probably, 99 times out of 100, it made no sense to pull the pension out," he says.

Mr. Gillespie gets a variety of fees for his work, including some tied to the sale of products. But when he prepares a plan for a new client - say to tackle the "what should I do with my pension" question - there's always a flat fee involved, instead of commissions.

If fee-only financial planning is the solution to conflicts of interest in the industry, there are other problems that need to be tackled too.

Ken Kivenko, an investor advocate, worries that many advisers are inadequately trained. But he also places some blame on individuals who won't get involved in their own financial future.

"You've got what I call a triple storm," Mr. Kivenko says. "You've got incompetent, conflicted people talking to a basically financially-illiterate population in general. This is very dangerous."

Mr. List insists that CFPs have ample training to tackle pension issues - "Absolutely, and then some." A bigger concern to him is that there won't be enough advisers to meet the expected need for advice as the population ages and wrestles with the pension crisis.

Demand for investment products is expected to rise. Mutual fund companies would seem to be an obvious winner if people are investing more on their own for retirement, but those in the industry are cautious about the future.

One thing the fund industry has going for it, at least for the time being, is a lack of competition. Interest rates for the guaranteed investment certificates and bonds that appeal to conservative retirement investors don't yield much more than a puny 3.5 per cent these days, and returns for a one-year term can be lower than 1 per cent.

"People cannot afford to just use deposit-type products - that will not get them what they need in retirement," Ms. Amsden says.

The biggest rap on mutual funds is high fees. A study by a trio of global finance professors indicated that Canadians pay the highest fees in the world. The mutual fund industry here in Canada refutes the findings, but it has never produced its own contradictory study.

Mr. Holland says the pressure to cut fees is being felt most acutely for bond funds, which he expects to be very popular with people who are assembling retirement portfolios. He notes that a five-year Government of Canada bond has a yield of 2.5 per cent for much of the year, while the average cost of owning a Canadian bond mutual fund is 1.7 per cent.

"You're taking 70 per cent of the returns, and that won't work," Mr. Holland says. "If you're hitting a period of time where more people are investing in fixed income, then that has to change the fee structure."

There's wide agreement that Canadians will need help to make the right financial decisions about retirement, but no common front on how to provide that help. Investor advocates like FAIR's Mr. Garmaise put the onus on government to protect investors. Industry people believe financial literacy is a key, and they point approvingly to the task force that Finance Minister Jim Flaherty announced in the summer to develop a national strategy for improving financial education.

Looking back on his own experience, Paul Darquin might agree. A lack of knowledge was why he and his wife sought the help of an adviser in the first place. "We were such novices," he says. "We thought going to him was the answer.

Underfunded pensions: How to fight back
May 1, 2018 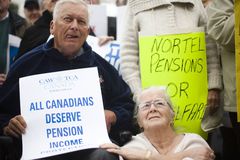 Do your homework to find adviser best for you
May 3, 2018 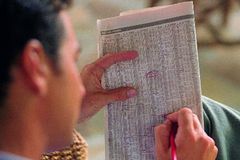 The history of a pension crisis
April 28, 2018
It takes incentives and more than education to change our ways
May 2, 2018 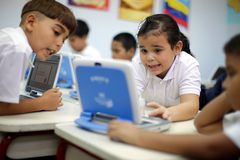 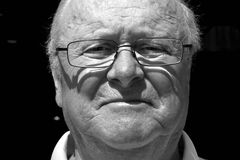