A company made up of First Nations members from Quebec and Atlantic Canada — and led by the brother of a Liberal MP — has won a new licence for Arctic surf clam, ending a longtime monopoly on the multimillion-dollar industry held by fisheries giant Clearwater Seafoods Inc.

"This is a powerful step toward reconciliation," LeBlanc said.

Last year, the government announced it would add a fourth licence comprising 25 per cent of the total allowable catch of Arctic surf clam, and that the successful applicant would be an Indigenous entity and majority Canadian-owned.

Five Nations Premium Clam will partner with Premium Seafoods to harvest, process and market the catch.

Edgar Samson, whose brother is Liberal MP Darrell Samson, is listed as president for both companies.

"Our company, its employees and the small rural communities of Isle Madame (in Cape Breton) are excited to participate in the surf clam fishery with our Indigenous partners," Samson said in a statement.

Samson said in an interview he is committed to working with current licence holder.

Chief Arren Sock of the Elsipogtog First Nation in New Brunswick said he applauds the government for "its commitment to reconciliation" and for the jobs the fishery will create in his community.

Clearwater is crying foul over the announcement and promising legal action against the government following its own unsuccessful bid, which involved partnering with 13 Mi'kmaq bands in Nova Scotia.

"We are disappointed in this outcome," the company said in a statement, adding that it invested $156 million over the past three years to boost its capacity and develop the fishery and the market.

"The minister has destabilized the investment climate in the Canadian fisheries and the Canadian natural resource sector."

Clearwater took in more than $90 million from Arctic surf clam sales in 2016, which amounted to about 15 per cent of its total annual revenue.

The fishing grounds for Arctic surf clams are located mainly off Nova Scotia and Newfoundland and Labrador, and the current quota is about 38,000 tonnes and worth tens of millions of dollars annually.

The clam's purple colour turns red when blanched and is attractive to the sushi and sashimi market. 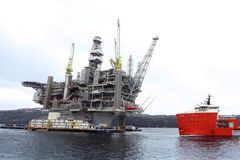 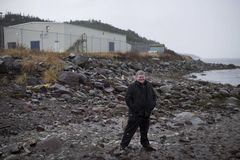 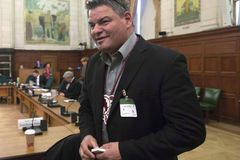