Now the communications giant must figure out how the edgy television network fits into the company's broader strategy to expand its sports offerings. Sports properties are seen as increasingly attractive to broadcasters because viewers prefer to watch games live, making them key to keeping subscribers and attracting advertisers.

The deal, rumoured for weeks, came early Saturday morning as lawyers finally signed off on final details more than 12 hours after Score's stock was halted after a sudden 46-per-cent spike.

"What we get with The Score is a service that is almost exclusively about sports news and information and has loyal fans in a younger demographic," said Rogers Media president Keith Pelley. "Sports is obviously something that is very important to us here, and this is very complementary to our other offerings."

Its rival BCE Inc., through its Bell Media division, owns the country's No. 1 sports network in TSN and is Rogers' partner in MLSE. It is in the midst of a controversial $3-billion takeover of Astral Media.

Acquiring Astral will allow BCE to pick up dozens of radio and TV stations and enhance its already dominant position in Canadian broadcasting thanks to its ownership of CTV.

That deal is being scrutinized by the CRTC as rivals, including Rogers, argue it places too much content in the hands of one firm.

But Rogers is generally in favour of consolidation, arguing bigger companies are better able to compete with international rivals and make the investments necessary to deliver increasingly expensive content to viewers.

"I think in terms of journalistic integrity that consumers don't have to worry about that with Rogers," said Mr. Pelley, who doesn't anticipate any regulatory hurdles scuttling the deal. "I think this deal is beneficial to consumers because it allows us to really provide some more resources to a service that is strong but niche in its strategy."

In The Score, Rogers gets access to a station that is in 6.6 million Canadian homes thanks to its licence that guarantees carriage in most cable and satellite packages. The station can only air 15-per-cent live content, which essentially limits it to one game a day – and those games must be interrupted for sports news updates every 15 minutes.

The network has built itself on a foundation of irreverence, taking advantage of its restrictive licence to build a stable of quirky on-air hosts who spend their days providing offbeat commentary of what's going on around the world of sports. Mr. Pelley said the station's content – including a major focus on WWE wrestling – will remain for now.

The Score also has dozens of bloggers who provide content for its website and digital apps – and those bloggers will stay with the company as it tries to reinvent the guidance of founder John Levy. Mr. Levy is turning his back on the conventional television industry and betting that the real money is to be made in providing sports news and information to consumers on their cellphones and tablets.

Rogers convinced him to part with the television network, but left Mr. Levy with 90 per cent of the company's unprofitable digital division. The company will keep The Score's identity – including its stable of bloggers and programmers – and be spun into a separate company that is expected to start trading on the Canadian Venture Exchange by winter.

The company's apps are especially popular among sports fans who participate in fantasy leagues and use them to analyze teams and players.

"We'll be well-funded, we'll be lean and mean," Mr. Levy said. "There aren't too many other start-ups that get started with 4 million established monthly users."

The Score just signed a deal that would help further monetize its digital offerings, announcing a partnership with a U.K.-based betting house that would allow anyone using the ScoreMobile FC to place bets on live football matches with the push of a button.

"They've always said that some day the digital revenue would outstrip television revenue – now they can go out and try to prove it with all guns blazing," said Scott Rattee of Stonecap Securities Inc.

Sportsnet.ca (plus other sports-related sites as part of premium digital partnerships)

Rogers will only have small stake in Score Media’s digital growth
April 30, 2018 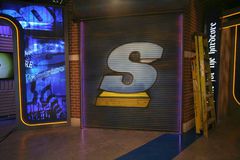 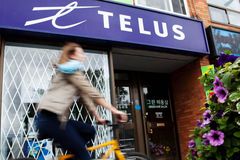 Opposition to Bell-Astral deal rife with fear-mongering
May 1, 2018 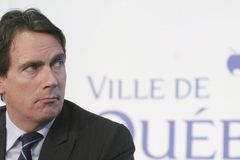