Jim Flaherty is urging the provinces to support a plan to increase mandatory CPP premiums, but the federal finance minister has stopped short of endorsing the kind of reform that some critics say is necessary to ease a growing pension crisis.

Mr. Flaherty faces an uphill battle on Monday, when he wraps up a series of meetings with provincial finance ministers, during which he must convince two-thirds of them representing two-thirds of the population to back his vision of an expanded Canada Pension Plan.

While the Conservative finance minister said it is too soon to hammer out the details of any changes, he ruled out doubling CPP benefits, a proposal endorsed by several unions.

He also rejected a voluntary add-on to the CPP that would essentially compete with private mutual funds - a central proposal of the federal Liberal party. "We have a Canada Pension Plan that's the envy of the world," Mr. Flaherty told reporters in Charlottetown Sunday in advance of meetings in Lakeside that wrap up Monday.

"We reject a voluntary plan because that would very much disturb the work of the Canada Pension Plan which operates on a different basis, but the plan can administer a modest, phased-in increase on the mandatory side."

Pensions expert Keith Ambachtsheer, the director of the Rotman International Centre for Pension Management who sat in on many of the cross-country consultations conducted by the federal government, said there are two main ways to increase CPP premiums.

One is to increase employer and employee premiums on all earnings up to the CPP's yearly limit, which is currently at $47,200. The second option would be to increase that limit. Mr. Ambachtsheer said he prefers the second option because it targets middle-income Canadians who aren't saving enough and avoids placing too high a burden on workers with low incomes.

After more than a year of consultations, critics were beginning to question whether the government was planning to simply let the debate fizzle as memories of recession-triggered pension losses faded.

But Mr. Flaherty surprised many with a letter to his fellow finance ministers last week siding with "modest," mandatory premium increases to fund higher benefits. He said Sunday that the feedback from Canadians was clearly in favour of some kind of CPP reform.

"If we choose to do nothing about that, then it's likely that a group of Canadians - a minority - will reach retirement age and not have sufficient savings to take care of themselves in their retirement," he said, predicting those struggling retirees would then turn to governments for help. "So my conclusion is that we should be proactive about this."

In his letter, Mr. Flaherty also signalled his support for efforts to encourage the private sector to create large pension funds that could be used by small businesses and the self-employed, who make up a large portion of Canadians who do not have pensions.

Mr. Ambachtsheer said that as long as Ottawa works to contain costs, private plans could address the CPP's shortcomings. "I don't mind [the private sector]doing it, but they have to do it at low cost," he said. "Because historically the cost of personal RSPs has been too high and everybody recognizes that. So if we're going to run these big, collective multi-employer pension plans, they have to run at low cost."

"This is very disturbing stuff," Don Kelly, vice president of the Canadian Federation of Independent Business, said of the mandatory aspect of Mr. Flaherty's proposal, which has so far been supported by Ontario and rejected by Alberta. Mr. Kelly's organization sees CPP premiums as another "payroll tax," in addition to Employment Insurance premiums, which Ottawa also plans to raise.

"We could see major job losses if payroll taxes go up. All these things are going to hit - EI, CPP, workers comp, minimum wage [increases]- all of these things hit the payroll budgets of businesses."

On the flip side, union leaders who are in PEI to demonstrate outside the finance ministers' meetings found themselves praising the move.

"Flaherty's an interesting guy, I tell you," said Ken Georgetti, the President of the Canadian Labour Congress, which has been lobbying hard on the pension file. "He is a fiscal conservative, but honestly I think Flaherty gets it, both in terms of the whole economics of pensions, and the reality of them, but also the politics of it … He's a very astute politician."

Editor's Note: This article initially reported that Mr. Flaherty met with provincial premiers. In fact, he met with finance ministers. 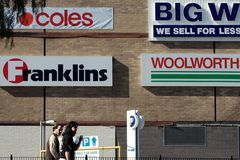