Sumit Ajwani is gutting a house down to the studs. He wants the home, in Toronto's Beaches, to be as energy efficient as possible. "When I say energy efficient, I don't mean putting giant solar panels on the roof," he says. "Quite the opposite. I mean not using that power in the first place."

He's doing this through passive design: With the right insulation and air exchange rate, he expects to cut the house's gas line and install an electric heat pump more efficient than a gas furnace ever would be. The house has been a pet project for him – so much so that even though he's long planned to live in it with his wife and daughter, he's champing at the bit to green-flip another one.

"We're betting on the idea that people will want these features, because it'll separate this house from any other house out there," says Mr. Ajwani, a 33-year-old advertising producer. "As prices go up, as it costs more to heat and cool your home, these are things that buyers will start to look for."

Mr. Ajwani calls his move "a gamble." It's a fairly precise description: The tools to make homes remarkably more efficient have never been easier to access, but Canada's regional real-estate markets range from high-flying to hesitant. Money matters, and getting into the market at all is usually a priority. Still, efficient new builds and renovations offer a bonus to homeowners: They almost certainly make a house more valuable ahead of their next sale.

"We're building a house for the Tesla generation," Mr. Ajwani says. "There's this group of people coming up willing to pay the premium to do the right thing."

It is difficult to put a firm number on the scope of Canadian demand for efficient home features. Different jurisdictions have different baselines to define efficiency, different incentive programs, different pressures on their real-estate markets. The Canada Green Building Council, which administers Leadership in Energy and Environmental Design (LEED) certifications in Canada, certified just 52 single-family homes in 2010, and now sees about 130 a year. That's still a small number – homes in multifamily buildings have about a sixfold certification rate – and could be interpreted either as small growth in interest or proof that "efficient" is a moving target.

"Any one program's numbers aren't as significant as the total," says Mark Hutchinson, the council's vice-president of green building programs. Which makes it harder for consumers in the market for green homes: "There's diversity and potential confusion amongst buyers who are interested."

Natural Resources Canada (NRC) measures efficiency initiatives, too, and its own numbers show inconsistent growth. While 25,000 Canadian homeowners had their homes evaluated through the government's EnerGuide rating system in 2015, for instance, that's down from 246,000 homes in 2010.

NRC's efficiency ratings for new homes have seen inconsistent growth, too. New builds that are more than 20 per cent more energy efficient than a typical one, which receive an Energy Star qualification, rose to 9,900 in 2015 from 100 in 2005, but have actually wavered up and down since 2011. And NRC's R-2000 designation – that's 50 per cent more efficient than a typical home, on average – was given to just 22 new homes last year, from a recent high of 600 in 2009.

There are, regardless, obvious financial draws to more efficient homes. "Most buyers don't realize that they could keep more money in their pockets every month by buying a better-performing home, because the added costs on a building mortgage can be offset completely by lower utility bills," says Mike Reynolds, co-founder and editor of EcoHome, a Canadian green home-building website.

The median age for a home in Canada is 31 years, says David Foster, spokesman for the Canadian Home Builders' Association. The average home built in Ontario today, he says, uses half as much energy as one the same size built in 1985, thanks to refined technology in heating, HVAC systems and windows.

As Mr. Ajwani points out, rather than offsetting grid energy with cool-looking tools such as solar panels, many accessible efficiency modifications tend to reduce power consumption itself. This includes better insulation and windows and other adjustments to reduce air and heat leakage, as well as efficient furnaces and appliances, like those certified by Energy Star.

But are buyers seeking out homes with these features? Not always.

"When the price is so high, you're just trying to get into the market," says Dan Morrison, president of the Real Estate Board of Greater Vancouver, where prices have been soaring. "Consumers in Vancouver are very green-conscious, but at the end of the day, it's what they can afford."

It's equally difficult in Toronto. "Right now it's about trying to get in" to the market, says Larry Cerqua, president of the Toronto Real Estate Board. He's heard of plenty of demand for features like efficient water heaters, smart window technology and programmable thermostats. But green features quickly fall off the list of priorities as prices rise: "I'd be lying to you if I said there's a serious demand in the marketplace."

He, too, relates green homes to the slow-growing prominence of Tesla's electric cars. "When they see more of them, people will then say, 'Hey, that might not be a bad idea,'" Mr. Cerqua says.

In less pressured markets, home prices are less of a barrier, but green features can still be seen as a frill. Mike Moore, of the Manitoba Home Builders' Association, says that because it's "35 above in the summer and 35 below in the winter," his prairie province simply needs to be efficient. Since 2011, for instance, Manitoba has mandated all new homes to have energy-saving heat recovery ventilation systems.

But that hasn't translated into consumer demand. "In Manitoba, the average home buyer is pretty thrifty. And more so than they are environmentally conscious," says Toby McCrae, a spokeswoman for the Manitoba Real Estate Association.

So what should prospective home buyers do? At the very least, they should make sure their next home isn't bleeding heat or energy – both of which translate into lost dollars. They can test for air leakage, sufficient insulation and check the basement for moisture-signaling mould.

"If there's one single thing, it's show me the bills," EcoHome's Mr. Reynolds says. "What did you pay to heat it last winter? And then I'll know what I'm going to pay to heat it."

Selling your house with pictures: Don’t bore the buyer
August 31, 2016 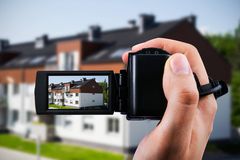 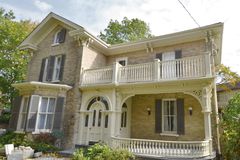 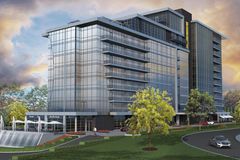