In 2009, even the sky wasn't the limit for Guy Laliberté. He blasted into space on a Soyuz rocket after selling a fifth of the Cirque du Soleil to Dubai investors that promised him the world.

But the Cirque's midlife crisis has brought its co-founder back to earth with a critical mission: Fix the iconic yellow and blue Big Top that he built over 30 years. And it's not a task that Mr. Laliberté, the Roi Soleil as some employees knickname him, is taking lightly.

"I am a warrior," he says in a two-hour interview at the company's headquarters in the Montreal borough of St-Michel. The restructuring is two years in the making, but Mr. Laliberté has never publicly discussed the Cirque's problems and his comeback plan until this week.

A year ago, Mr. Laliberté discreetly reclaimed half of the 20-per-cent stake in the Cirque du Soleil he had sold to Dubai investors in 2008 after the publicized partnership turned into a mirage.

But just as Istithmar World Capital and Nakheel PJSC, two affiliates from Dubai World, the country's sovereign wealth fund, are looking into disposing their remaining 10-per-cent interest, the Cirque's controlling shareholder is searching for another strategic partner to propel his company's growth.

"There are people knocking at the door," Mr. Laliberté said. Mr. Laliberté is ready to sell between 20 and 30 per cent of his live entertainment group. "A decision will be made before the end of the year," he added.

The Cirque du Soleil was to lend its shows and its creative design talent to the two Dubai firms.

However, when the financial crisis crushed their global real estate ambitions, the indebted Emirati investors could no longer hold their end of the deal. Expecting accelerated growth, however, the Cirque had beefed up its organization at great expense, Mr. Laliberté explained.

That expansion contributed to the Cirque's financial difficulties, which culminated with 400 layoffs in January, 2013. The Cirque that once boasted a staff of 5,000 now employs 4,000 workers, 1,700 of which are based in Montreal.

The financial repercussions of the financial crisis were also felt in Las Vegas, where hotel groups gave into discounting, forcing their circus partner to follow suit, Mr. Laliberté said. The Cirque generates close to half of its $850-million in annual revenue from its eight Vegas shows. The rising Canadian dollar, which swelled production costs, also hit the bottom line, shaving off "at least $50-million in profits per year," he added.

The Cirque co-founder concedes his company is to blame. "I am not trying to shovel responsibility in my neighbours' yards. In the end, we should have been more watchful," Mr. Laliberté said, taking a drag on his Gauloise.

As of 2008, Mr. Laliberté turned his attention to his five kids, his One Drop Foundation and his widely publicized trip into space, leaving Cirque management in the hands of a team presided by Daniel Lamarre. "I thought I had put in place a solid team that could manage the circus gang without me being there," he said.

Mr. Laliberté returned in the summer of 2012 after a concerning look at the books. The Cirque wasn't losing any money but profits were falling precipitously. "I realized that if we didn't commit to a serious shift in direction, we would hit a wall," Mr. Laliberté said.

Internal spending controls were slack, as the Cirque was more focused with creating new shows and driving revenue than with the profitability of projects. Moreover, there were fiefdoms within the circus where each led a number of pet projects with dubious business cases, he added.

"We fell into the trap of thinking we could do all things entertainment-related. In the end, you realize that you don't always have the internal expertise and that people can't deliver on their promises," the 54-year-old entrepreneur said.

But what really hurt the Cirque, according to Mr. Laliberté, were its failed shows, a first in the circus's 30-year history. Some, like the closing of the Zed show in Tokyo following the 2011 tsunami, were unforeseen. Others were entirely avoidable. The high-priced Iris show, shown in a Los Angeles theatre, failed to attract thrifty tourists that whisked through the Hollywood district only to take pictures of sidewalk stars. "That failure rests squarely on a poor market study," Mr. Laliberté said.

The acclaimed Zarkana show is losing money because its production costs were underestimated. The Cirque should also be making a killing with Michael Jackson Immortal World Tour, one of the top-grossing live shows of all times, Mr. Laliberté said, but the show is barely profitable because of its high production costs.

In his office cluttered with family photos and art work, including a monumental oil painting entitled Dragon by Riopelle, the former fire breather disputes the notion that the Cirque's recent failures are revealing of a circus company that has lost its creative edge. "Sorry, but I sell between 14 and 15 million tickets per year," he said. "Why would I change a winning formula?"

The Cirque's falling profits were nonetheless a "wake-up call" for management. Through a detailed examination of the organization, the crisis committee led by Messrs. Laliberté and Lamarre identified $110-million worth of "inefficient spending" in the past year alone. And the Cirque owner hit what he describes as the "reset" button, restructuring the company's organization to give it a sharper focus and a tighter financial discipline.

To protect its core circus business, Mr. Laliberté expects the live entertainment company to choose its projects more carefully even if that translates into lower revenues. "It has to make business sense: Misery is not an option," he said. Growth, however, will come from new initiatives outside of its more traditional Big Top and permanent hotel shows. "There is a limit to the number of circus shows that we can produce and to the number of hotel partners that are rich enough to build theatres for us," Mr. Laliberté said.

New initiatives will fly on their own, as independent joint ventures led both by a creative director and an entrepreneur. "At one point, I had too many intellectuals making business decisions," Mr. Laliberté lamented.

The Sandbox hospitality group will develop and operate new concepts for clubs, restaurants and hotels, for example. 45 Degrés will organize events, galas and weddings. 4U2C, a partnership between the Cirque and Solotech, will rival Montreal-based Moment Factory in the multimedia and video space. The Cirque has its own ticket office, Outbox Enterprises, with partner Jean-Françoys Brousseau. It resells vacation and show packages through Florida-based EBG and its partner, Brett Reizen. The Cirque is also developing a new generation of theme parks, focused on multimedia experiences rather than traditional rides.

Despite its setbacks, the Cirque has big dreams in its latest five-year business plan – Mr. Laliberté has mapped the company's growth that way ever since its creation in 1984. To finance those new ventures and to reduce his own financial risk, Mr. Laliberté is now seeking outside investors. Not only is the Cirque owner willing to sell a minority stake in his company, but he hopes to attract investors in three new funds.

A real estate fund would give the Cirque minority stakes in projects and allow it to steer work toward its own constellation of creative companies. An intellectual property fund would permit the Cirque to reduce the royalty fees it pays for shows such as Michael Jackson Immortal World Tour while allowing investors to profit from the rise in catalogue value following the release of shows. A production fund would allow investors to invest into a collection of shows such as the Broadway shows the Cirque is preparing in the hopes of finally cracking the New York market.

Within five years, Mr. Laliberté hopes to double the company's operating earnings, to $350-million annually. Then he will decide what he does next. In 2019, his oldest daughter will reach 23 and may wish to play a more active role in the company.

"I always said I won't be here forever," he said. But Mr. Laliberté won't leave the Cirque's yellow and blue Big Top until it is totally straightened up.

Editor's note: The names of two shows - Michael Jackson Immortal World Tour and Zed - have been corrected in the online version of this story. 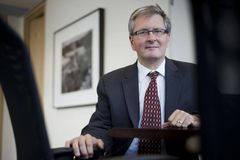 Why celebrity ownership isn’t always best in the business of sport
May 1, 2014 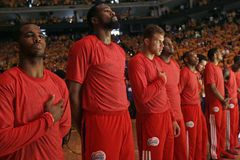 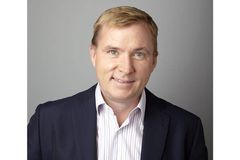 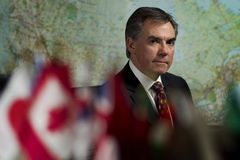 Montreal wheeler and dealer puts 400 vehicles up for bid at auction
April 17, 2014 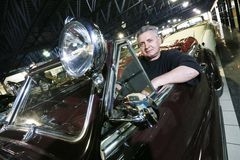 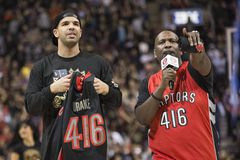