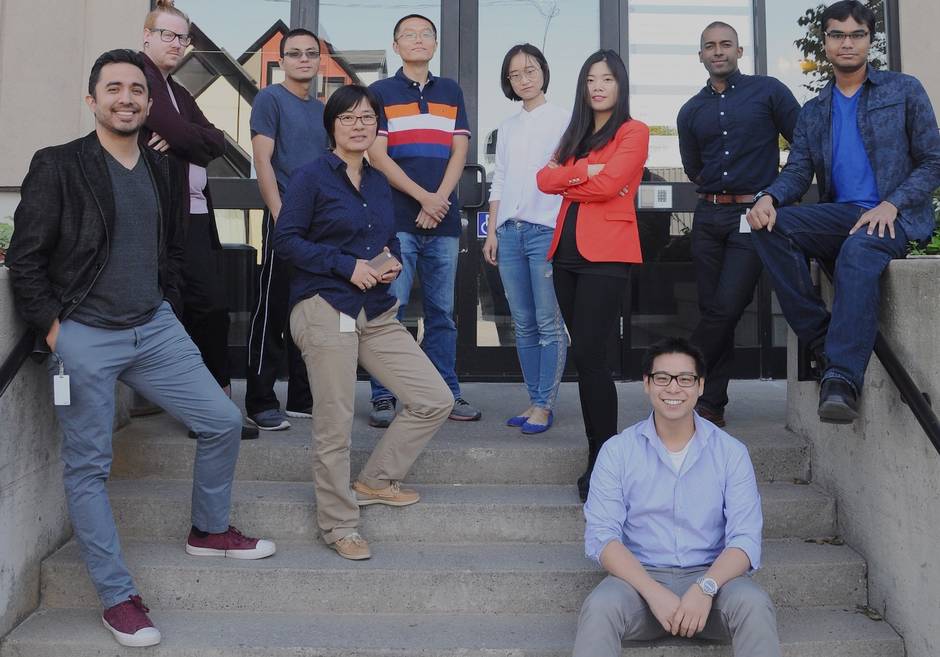 Gustavo Sanchez, left, and the team at Signority, an Ottawa-based startup.

When Gustavo Sanchez joined Signority, a small company that specializes in digital and electronic signatures for documents, proposals and contracts, one of his key tasks was mighty.

He was to guide the organization’s shift in focus earlier this year from large enterprise customers – like the federal government – to small and medium-size firms.

The goal was to achieve viral growth for the Ottawa-based startup. To help with that pivotal move, Mr. Sanchez turned to the freelance talent pool.

“That whole restructure came with a lot of short-term challenges where freelancers were able to help quite a bit,” Mr. Sanchez says, noting that he hired independent Web developers, graphic designers and copywriters, among others, for the transition. 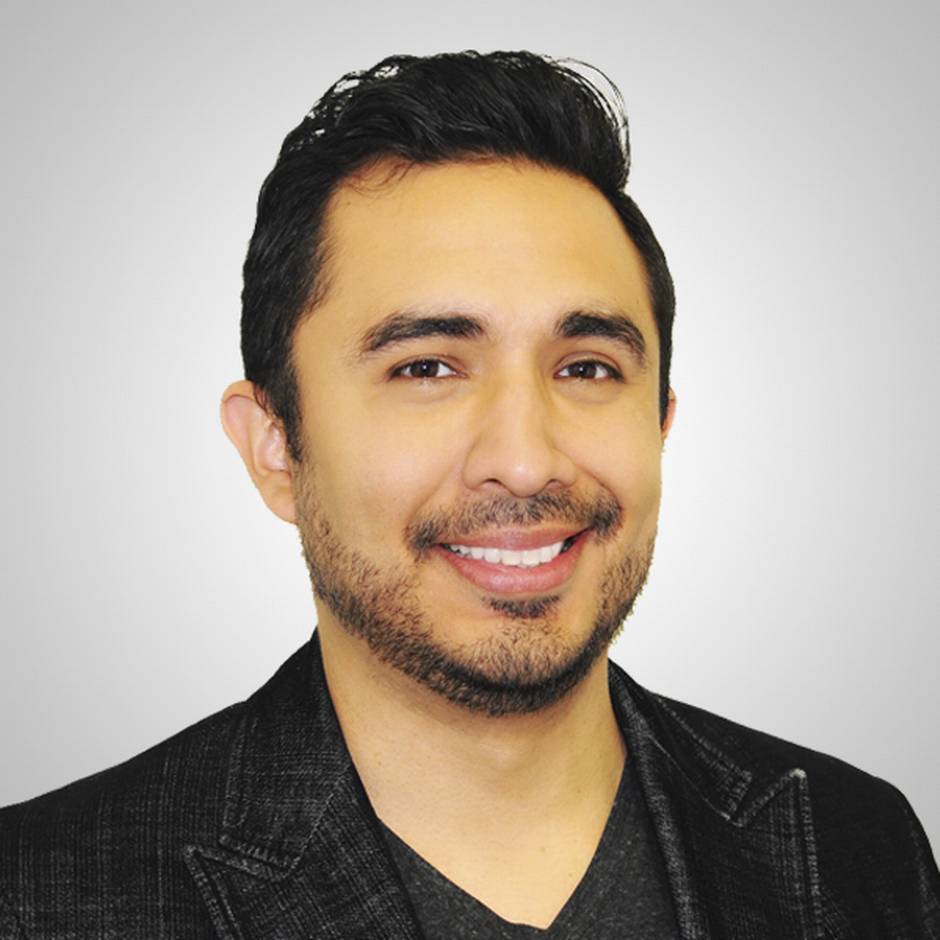 “We’re against big giants … and we had to be very nimble and super quick. Right now we’re going into multiple markets and reaching out to the freelance market again. We’re going to have to act fast.”

The eight freelancers whom the company is currently using to work on crucial short-term projects augment Signority’s core team of 12 staff members. The way he sees it, there are several benefits for employers when it comes to tapping this segment of the work force.

“Bringing someone onboard as a full-time employee is a big commitment, a big responsibility for a company,” Mr. Sanchez says. “When we were going through that pivot, we needed very specific skill sets and a high level of expertise. It could have taken two to three months to find someone and go through the interview process. With freelancers, projects are project-based or time-based, and they allow us flexibility; they allow us to be nimble.”

A full-time job with a single employer is no longer the norm, marking a dramatic shift in the work force. Although Canadian statistics don’t capture the makeup of independent labour, 20 to 30 per cent of the working-age population in the United States and the EU-15 engage in freelance work, according to a recently released report by McKinsey Global Institute, a management consulting firm.

Adam Roach, left, founder of Toronto’s We Are CO-OP, a full-service creative, advertising and communications agency, relies on freelancers working with the company on everything from TV commercials to social-media campaigns. 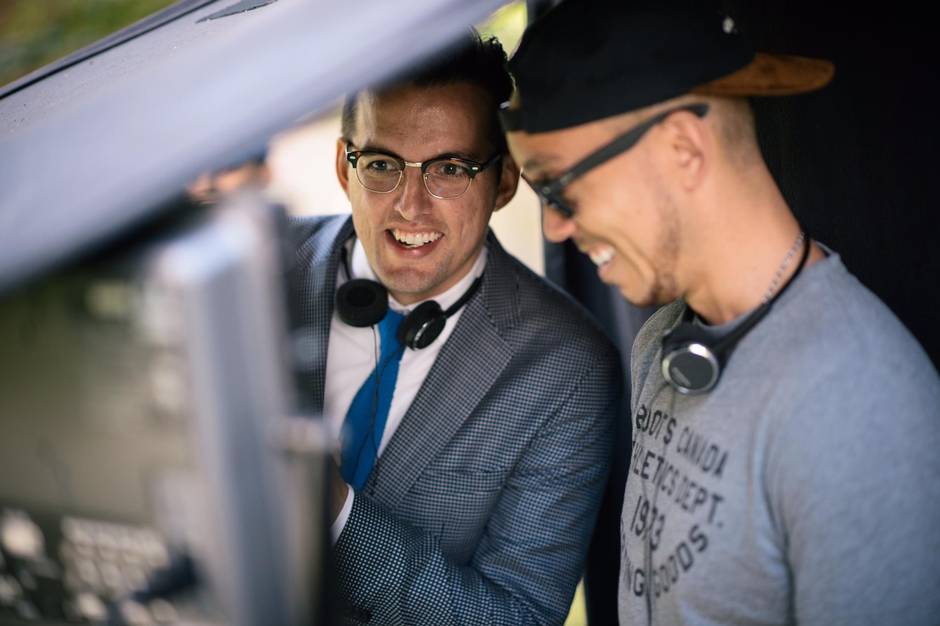 “What I wanted to do was really blow up the traditional agency model,” Mr. Roach says. “My idea was you can essentially provide full service to clients without all the mega-structure of what the current ad agency is today. We’re able to do that with a core of 10 individuals.”

From there, CO-OP assembles custom creative teams to suit the specific needs of each project, keeping overhead low. The freelancers it hires include illustrators, designers, copy writers, art directors, creative directors and strategists. There may be 10 involved in a project or 100; Mr. Roach has a pool of about 200 he can call on at any given time. Besides being proficient in their given field, successful freelancers can focus on a task at hand without being distracted by the politics and noise of large offices.

Developing talent in freelancers is often neglected, since those who don’t perform or who consistently miss deadlines typically don’t get hired again. However for valued freelancers, employers should consider these options:

Aside from future work and referrals, rewards are important for freelancers. Something as simple as lunch out to celebrate a project milestone can go a long way to making contributors feel appreciated and motivated.

“Maybe it’s a membership to the gym or an insurance policy, if you use them regularly on a long-term basis,” says Ms. Gavizon of Workhoppers. “You’re going to get so much more from your freelancers when they’re invested in your company.”

When working together on a longer term project, a Christmas bonus, dinner, or even a cash bonus at the end of a contract is highly recommended, says Ms. Singer of Workhoppers.

It works both ways

“Likewise, companies are the freelancers’ customers; freelancers can do something nice for them,” Ms. Singer says. “We often work with freelancers and have had them take us out or send us a holiday gift, which is always appreciated.”

“It’s all about efficiency,” Mr. Roach says. “How we gain those efficiencies is working with a network of category-leading experts. The successful freelancer offers a depth of experience and flexibility that really benefits any employer.”

Freelancers should be managed the same way regular staff members are; strong project briefs with clear details and realistic timelines are essential, for example. However, in the five years that Mr. Roach has been leading his company, he’s come to realize there are a few areas that employers may want to focus on when it comes to building lasting, win-win relationships with independent workers.

The first has to do with corporate culture. “This is about making them feel part of the team, bringing them into the office,” Mr. Roach says. “Get them out of their basement or home offices. From a cultural perspective, if you’re having a staff lunch, you better be bringing that freelancer out to that staff lunch. They are part of your team while they’re working on that project. That’s extremely important.”

Another is engagement. CO-OP holds quarterly meetups for freelancers, giving those indie workers a rare chance to network. Then there are rewards and recognition. The company has just launched its FU Awards (Freelancers Unite), to recognize freelancers’ contributions to the Canadian advertising and marketing industries.

“Sometimes they [freelancers] get overlooked, and it’s so important, specifically in the creative field where the awards you win play such an important role in getting our next gig, to create that recognition for freelancers.”

Linda Singer is a co-founder, with Vera Gavizon, of Workhoppers, a Montreal-based matching site that connects companies with local freelancers. For best results with independent workers, the two believe in face-to-face meetings, whether it’s once a week or once a month, depending on the project, and in clear communication – something that many companies still haven’t mastered with their own internal staff.

“Overcommunicate,” Ms. Singer says. “Don’t wait till the end of a project to discover you weren’t on the right path. Always keep asking questions and keep making sure that everyone is on the same page. Clearly state deadlines and review and communicate. You always want to be anticipating problems instead of reacting to problems for a successful project together.” 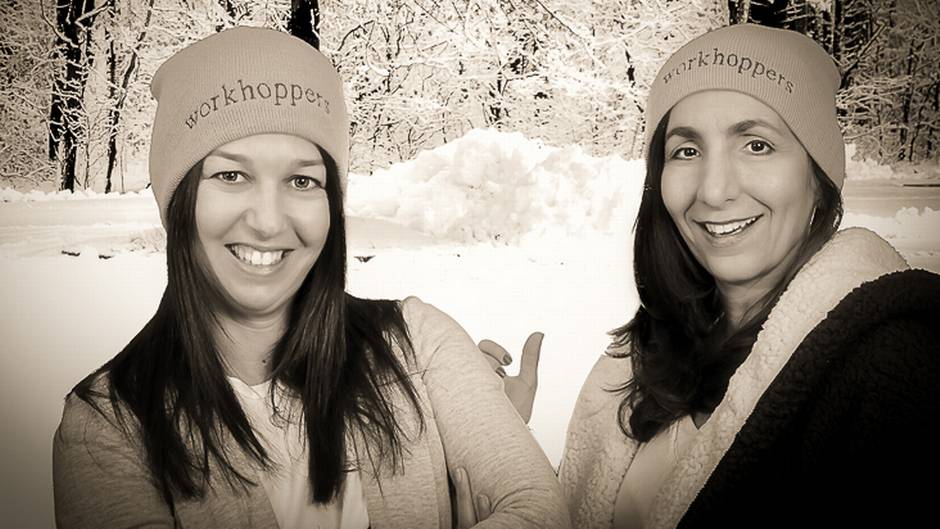 Linda Singer, left, and Vera Gavizon, of Workhoppers, a Montreal-based matching site that connects companies with local freelancers. For best results with independent workers, the two believe in face-to-face meetings, whether it’s once a week or once a month, depending on the project.