The Alberta government's decision to slash oil and gas royalties is an unnecessary giveaway to energy companies. It threatens to restart a race to the bottom that would also rob other provinces of needed public revenues.

The Alberta government was informed by a "competitiveness review" that misleadingly characterized its current royalties as being too high. As well, it failed to consider the likely response of other provinces to Alberta's royalty cut.

Most of Canada's oil and gas is owned by the people of the provinces in which the reserves are found. Royalties are the price that provincial governments charge companies to extract the resources.

Statistics Canada figures indicate that royalties are low by historic standards. In the late 1970s, Alberta's royalties (net of incentive credits) consistently exceeded 30 per cent of the marketable value of conventional oil and gas production.

In 2007, surging commodity prices were again creating windfall profits for oil companies. However, Alberta's royalties collected only 15 per cent of the value produced.

Had the provincial government instead collected 30 per cent, its royalties from conventional oil and gas would have been $8-billion higher that year. By comparison, Alberta's Royalty Review Panel proposed in 2007 to collect just $2-billion more by charging higher rates at higher prices.

This modest recommendation prompted howls of protest from industry and the government implemented only a scaled-down version in 2009. Under relentless industry pressure, the government is now rolling back that small increase.

This rollback is justified by claims that royalties are currently higher in Alberta than in the United States, British Columbia, and my home province of Saskatchewan. However, the competitiveness review examined only 10 American states.

Its comparison did not include two of the largest oil-producing states: Alaska and California. Both have higher royalties than Alberta.

Within Canada, Alberta's regime charges about the same rates as British Columbia and Saskatchewan when oil and gas prices are low. Alberta's higher royalties kick in only when prices (and hence profits) are high.

The government's report, Energizing Investment, presents only one numeric example of higher royalties in Alberta: "at a price of $120.00 per barrel, Alberta's maximum rate on conventional oil is 49 per cent while the rate is 18 per cent for British Columbia and 19 per cent for Saskatchewan."

Given that oil companies were profitable when the price was $20 per barrel less than a decade ago, they would be hugely profitable if the price returns to $120. At that price, industry would invest in all available oil reservoirs in all three provinces.

Alberta's royalties would not be too high. Rather, the governments of British Columbia and Saskatchewan would simply be leaving money on the table.

Why do these provinces have lower royalties? For years before Alberta raised royalties modestly in 2009, British Columbia and Saskatchewan lowered theirs to compete with it for investment.

Alberta sets the standard because it produces three-quarters of Canada's natural gas and more conventional oil than any other province. When it cuts royalties, other provinces feel pressure to follow suit.

Therefore, cutting Alberta's royalties to gain a competitive edge is self-defeating. On the other hand, if Alberta maintained its higher royalty rates at higher prices, British Columbia and Saskatchewan would be more likely to match these higher royalties as commodity prices rise.

Ultimately, the amount of industry investment in each province will be determined by the extent of its fossil-fuel reserves. The temptation for each province is to attract more investment in the short term by cutting royalties. But if all provinces pursue this strategy, none gain a competitive advantage and all lose revenue.

Canadians would be well served by an inter-provincial agreement to charge higher royalties for the depletion of our non-renewable resources. As the largest oil and gas producer, Alberta is best placed to show leadership. A good first step would be to cancel the recently announced royalty cuts.

Erin Weir is an economist with the United Steelworkers union. 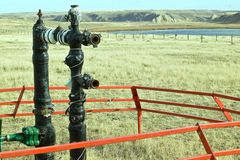