The Canadian energy industry has forged unrivalled access to the federal government among major industries, as key companies and their associations met frequently with politicians and senior bureaucrats in recent years to craft common messages and discuss regulatory changes, a new report shows.

In just one year to this September, senior industry officials held 791 separate meetings with ministers, members of Parliament and officials even as the federal government was pursuing major regulatory changes that critics claim amount to a gutting of environmental protection, according to a study of the lobbyist registry by the Polaris Institute, a left-leaning, Ottawa-based think tank.

Over the course of that one year, some 52 of those sessions were with members of cabinet, including Natural Resources Minister Joe Oliver, Environment Minister Peter Kent, Foreign Minister John Baird and Finance Minister Jim Flaherty.

The most frequent visitors to the government were from the Canadian Association of Petroleum Producers (CAPP), TransCanada Corp., Imperial Oil Ltd.; the Canadian Energy Pipelines Association (CEPA), Suncor Energy Corp. and Enbridge Inc.

In that same time period, ministers met with a lobbyist from the environmental community only once, although those organizations are far less likely to register as lobbyists or to seek such meetings.

The energy industry's apparent widespread engagement with government provides ammunition for critics who accuse the government of favouring the resource sector at the expense of the environment.

The oil and gas sector out-stripped other industries in its access. In the four years reviewed by Polaris, the two leading oil industry associations registered 734 "communications" – either meetings or pre-planned phone calls – with government officials, compared to 412 for the two top mining groups and 157 for the auto sector.

"To us, this shows a fundamental shift in our democracy from government working for the people to government working for private interests such as industry," said Richard Girard, the institute's researcher co-ordinator and a co-author of the report, which is to be released Tuesday. He said the industry has clearly succeeded in its lobbying effort given the policy actions of the government.

"The minister regularly meets with a variety of stakeholders," spokesman Chris McCluskey said in an e-mail.

He recently met with a group that included Pembina Institute, the David Suzuki Foundation and Ecojustice Canada.

He has also had sessions with Greenpeace, Environmental Defence and Tides Canada.

"The Polaris Institute's claim that 'During this same time period, only one meeting between a federal cabinet minister and an environmental organization took place (Greenpeace met with Joe Oliver in March, 2012),' is false," Mr. McCluskey said. "We're disappointed that the Polaris Institute would mislead the public."

Industry executives say their discussions with government tend to be far more wide-ranging than in many other sectors because their concerns touch resource policy, environment, transportation, aboriginal affairs, international trade, foreign affairs and finance.

The Conservative government has never shied away from defending Canada's oil and gas sector – whether branding environmental critics as "radicals" for their anti-oil-sands advocacy, lobbying European and U.S. governments to defeat punitive rules and ensure access to markets, or overhauling legislation to provide changes to environmental review processes that were supported by industry.

CAPP president David Collyer said the industry represents one of the largest, fastest-growing sectors in the Canadian economy – with roughly $50-billion a year in investment – and its member companies are highly regulated and exposed to decisions not just of the Canadian government but of foreign ones.

"Simply by virtue of the importance of the industry to the Canadian economy and its economic growth, I think there's a case for the oil and gas industry engaging with the Canadian government," he said.

To be sure, the oil industry also prospered under the former Liberal government, which responded to concerted lobbying in the mid-1990s to provide tax breaks to a struggling oil sands sector.

The oil industry met with the current government's officials to craft a strategy aimed at defeating proposed European fuel-quality standards that would have singled out Canada's oil sands as the most harmful in terms of greenhouse gas emissions, previously released documents have revealed.

TransCanada has worked with Natural Resources and Foreign Affairs to win support for the Keystone XL pipeline in the United States. And the companies and associations have regular closed-door sessions with officials and ministers on changes to environmental legislation that were included in two major budget bills this year.

TransCanada chief executive officer Russ Girling personally met Mr. Kent just days after he was appointed Environment Minister in January, 2011, to brief him on the company's efforts to have the Keystone XL pipeline approved by Washington, according to a newly-released Access to Information document given to Ottawa researcher Ken Rubin. Mr. Girling was also "seeking regulatory clarity" on proposed rules covering natural-gas-fired power plants, the documents show.

Company spokesman Shawn Howard said the process is transparent, given that the lobbyist registry has a record of all meetings and the subject matter. He said the company has an enormous range of government-related issues that affect its business.

"Being part of a dialogue around issues that could impact our employees, operations and shareholders is the kind of normal, expected and responsible communication that we will continue to have with government officials and others," he said. 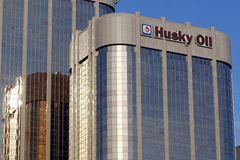 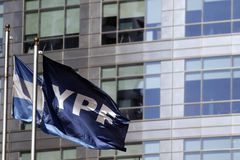