Home Depot Canada Inc. plans to begin labelling plants that contain the pesticide that is blamed for the deaths of bees and other pollinators of crops and flowers.

The move, which mimics steps taken by the U.S. parent of the home improvement retailer and some of its rivals, comes amid new scientific evidence the neonicotinoid class of insecticides designed to ward off pests are contributing to declines in bee populations.

"We will be labelling our plants as they are doing in the U.S.," said Erika Botond, spokeswoman for Home Depot Canada, which has 180 stores in Canada, and is one of the country's biggest garden centres.

Neonicotinoids are used to grow corn, canola and soybean in addition to many flowers, fruits and vegetables. The pesticide, which is applied to the seed before planting or is sprayed on the crop, is present throughout the plants, including the pollen and nectar consumed by bees. Neonicotinoids have been banned in Europe and are facing restrictions in Ontario, where commercial growers would have to apply for permits to use the pesticide.

A study by Friends of the Earth found the pesticide in more than half of the garden plants tested at three Home Depot outlets across Canada. The group said plants at other garden centres in Canada contained similar amounts.

The same group commissioned a poll of 1,000 Toronto residents and found more than 80 per cent wanted to be able buy plants that did not contain the pesticide.

Backers of neonicotinoids say the pesticide protects our food supply, and that bees are dying from such things as viruses, harsh winters and loss of habitat.

But a new study published in the journal of the British Ecological Society found the chemicals contribute to the failure of bumblebee colonies by impairing their abilities to gather pollen and nectar. Researchers fitted more than 850 bumblebees at 40 hives with tiny radio transmitters and allowed them to forage on sugar water laced with neonicotinoids in addition to fields surrounding the lab on the outskirts of London.

The bees were also exposed to an older class of pesticide known as pyrethroid, in order to replicate the "field-realistic" cocktail of chemicals bees face, said Nigel Raine, one of the study's co-authors and a professor at the University of Guelph in Ontario.

The two classes of pesticides "have different effects. And they have additive effects," Mr. Raine said. "We found that colonies that were exposed to both of those compounds at the same time performed the least well and had higher colony failure rates."

The study found the bees exposed to neonicotinoids collected diminishing amounts of pollen over the four-week period, while those exposed to pyrethroids often died within days. Meanwhile, bees in the unexposed control group brought back increasing amounts of the protein source.

The study, which also found exposed bees created smaller offspring, is the first to look at combined and individual effects of pesticides on bees' foraging behaviours over a prolonged period of time.

"The effects of chronic pesticide exposure could have serious detrimental consequences for both colony survival and also the pollination services provided by these essential insect pollinators," the paper said.

Bumblebees are responsible for almost all pollination of fruits and vegetables, particularly those grown in greenhouses. Unlike honeybees, they live in small groups, often in the wild.

Mr. Raine said the Ontario government's plan to end the blanket use of neonicotinoids and create a permit system is a "sensible approach."

"If there are reasons to use them in areas where there are particular pest problems, then that seems reasonable," he said in an interview. "If there don't seem to be the pest problems, then just using them prophylactically because they are available as a seen treatment would seem less sensible and probably costly for the farmers as well."

Beekeepers in Ontario say just 10- to 20-per-cent of the province's cropland is susceptible to crop-destroying insects. They welcome new regulations that will reduce the 4.2 million acres seeded with neonicotinoid-treated corn.

"We have colonies that don't grow, and then collapse," said Tibor Szabo, vice-president of the Ontario Beekeepers' Association.

"It's pretty much eliminated the ability to reproduce bees in a traditional sense in certain parts of Ontario. It's quite serious," said Mr. Szabo, a third-generation beekeeper whose business is raising bees for honey producers. 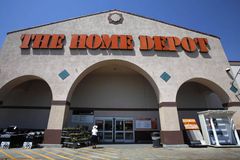 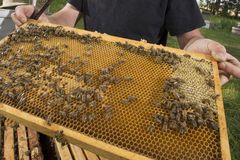