Keystone was the great hope for opening U.S. markets further to Canadian crude. Now that it's dead, the railways are going to make not just a comeback, but transport more oil than ever before.

The Keystone XL pipeline was set to carry heavy Canadian crude south from Hardisty, Alberta's oil hub, before being blocked by President Barack Obama last November, largely on environmental grounds. In a sign of what's coming, exports by train rose 23 per cent in April, the biggest year-on-year jump since September 2014, according to Canada's National Energy Board.

That's just the beginning. Next year, with about a half dozen new projects and expansions in the oil sands, rail exports could double by the third quarter to a record, said Eric Peterson, research chief at Denver-based ARB Midstream LLC, an oil transport investor. That's good news for USD Group LLC, Imperial Energy Corp. and Cenovus Energy Inc., all of which invested in new rail terminals or plan on expanding older ones this year.

"That production has to find an alternative source of take-away and that's where rail comes in," said Brad Sanders, chief commercial officer of USD Group, which plans to double capacity at its Hardisty terminal within 12 months to four trains a day, each of which could carry 65,000 barrels. "We expect from this point on that activity to grow."

"We are going to have to see some pretty significant volumes move by rail," Peterson of ARB Midstream said by phone. "Every new incremental barrel of production that comes out of Canada will have to go by rail" once the pipelines are full, he said.

Opposition to shipping crude by rail has grown since accidents like the Lac Megantic disaster in Quebec where an unattended freight train carrying Bakken oil derailed and exploded in July 2013, killing 47 and destroying half of the town's center. Recent incidents include a train crash and fire in Mosier, Oregon, on June 3 and a derailment in Watertown, Wisconsin, in November.

"It's amazing that we got away so lucky," said Sarah Zarling, a 34-year-old stay-at-home mom, referring to the 500 gallons of oil spilled and no fatalities on Nov. 8 in Watertown. "I've seen more and more oil cars coming through town. We're supposed to be moving away from fossil fuels, not using more."

Canadian oil production will fall to an average of 3.82 million barrels a day this year from 3.85 million in 2015, according to a report last month from the producers association. The drop is due in part to the wildfires that shut in more than a million barrels a day of oil-sands output in May and declining production of conventional oil from wells.

Next year will be different. New oil-sands expansions that began prior to crude's slide in 2014 are being completed with no new pipelines planned until at least 2019, when Enbridge Inc. is scheduled to boost the capacity of a line running between Edmonton, Alberta, and Superior, Wisconsin.

The terminal "gives us additional flexibility to get our crude to niche markets and to have that flexibility in times of pipeline constraint," Brett Harris, a Cenovus spokesman, said in an interview. "We got it for an exceptional good price."

A single train of about 100 cars can carry crude to the refining center of the U.S. Gulf Coast from Canada for as little as $14 a barrel, down from more than $18 a barrel two years ago, Peterson said. Transporting heavy crude from Edmonton to Texas on Enbridge's pipelines costs between $6.99 and $9.12 a barrel depending on volumes and whether the shipper has a long-term commitment to use the lines, according to the company.

"Once the production exceeds the ability for local refineries and pipelines to take it, you are going to have a very physical need for crude by rail," Peterson said. "Once that happens, the differential should or will be to the point where it justifies crude by rail." 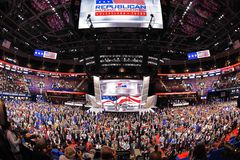