Ontario has embarked on a quest to find the holy grail of renewable energy – an effective means to store the power generated by intermittent wind and solar installations.

The province's Independent Electricity System Operator (IESO) recently chose five companies who will build a dozen demonstration projects designed to capture and release energy. That would allow the electricity grid to react to fluctuations in power production, which are becoming more significant with the addition of renewables whose output varies depending on how the wind blows and sun shines.

The technologies that will be tested include advanced batteries, systems that store power in the form of hydrogen, and even flywheels that hold energy as kinetic energy in a spinning rotor.

Bruce Campbell, president of the IESO, called storage facilities a "game changer" for a grid that was designed to produce electricity at exactly the same time it is consumed. "Energy storage projects will provide more flexibility and offer more options to manage the system efficiently," he said.

The test projects will be distributed at various locations around the province, and will be connected to different parts of the grid to see how effectively they can help balance supply, demand and other transmission issues.

Among the suppliers are Hydrogenics Corp., which will test a hydrogen storage system, and Hecate Energy and Canadian Solar Solutions Inc., which will use various battery technologies. Convergent Energy and Power LLC will test a flywheel that converts electricity to kinetic energy stored in a rotor. Dimplex North America Ltd. will install thermal systems in apartments in Hamilton, Ont., that store electricity as heat in special bricks, releasing it later when the building needs to be warmed.

Rob Harvey, director of energy storage at Hydrogenics, said his company's test system will incorporate an advanced electrolysis system that uses electricity to split water into hydrogen and oxygen. That hydrogen can then be used in a fuel cell to generate electricity when needed. Coupling the fuel cell and the electrolyser means power can be effectively stored for any length of time and dispatched as needed.

If the tests are successful, Mr. Harvey said, this could be a significant new line of business for Hydrogenics, which now makes hydrogen-producing systems for industrial customers, as well as fuel cells, which are essentially engines that use hydrogen as fuel.

The IESO contracts with the five suppliers are still being negotiated but when they are finalized the companies will have 30 months to complete the facilities. The total cost of the three-year program will be about $42-million. One other company, Toronto-based NRStor Inc., has already finalized a contract to build a flywheel energy storage system for IESO.

While the new systems will be much much more flexible than what has been used in the past, energy storage is not an entirely new concept. Ontario has been doing it on a big scale for decades at its Sir Adam Beck station near Niagara Falls. During hours when electricity demand is low, the station uses power to pump water uphill into a reservoir. Then during hours of peak demand, the water is sent through a turbine to produce electricity.

Most of the new systems, by contrast, will be able to turn on a dime, storing and releasing energy almost instantaneously to help balance out the supply and demand over the course of a day.

That's increasingly important as the use of renewable energy expands, said Leonard Kula, director of operations at IESO. "Across North America a lot more renewables have been added to the system, and they can have fluctuations [over] seconds, minutes and hours. Storage is a good way to help balance that." It can also be particularly helpful in Ontario, where a significant amount of the "baseload" power – the main supply – comes from hydroelectric and nuclear plants that are difficult to turn on and off. If power can be stored, there is less need to adjust the baseload supply.

A critical aspect of the storage testing, Mr. Kula said, is how the devices work when connected to the power system as it is being managed on a day-to-day basis. "We want to understand how best to incorporate them to improve the efficiency of our electricity market."

Canadian Solar's ‘boring engineer’ has his day in the sun
July 4, 2014 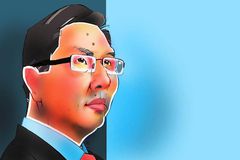 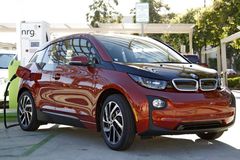