Ottawa-based Iogen Corp. and Royal Dutch Shell PLC have killed a plan to build a cellulosic ethanol plant in Canada, raising new doubts about a technology that governments have touted as ready to make a major contribution to North America's fuel consumption.

The two partners said they will not proceed with a commercial-scale plant planned for southern Manitoba and have laid off 150 people in the national capital.

The decision by Shell and Iogen to shelve its proposed cellulosic ethanol plant – which would produce motor fuel from corn stalks – represents the second time in a week that Canadian companies have backed away from major investments in greenhouse gas emission-reduction technologies that were once touted as promising.

Last week, TransAlta Corp. announced it will not to proceed with a $1.4-billion project to capture carbon dioxide from an Alberta coal-fired power plant and sequester the gas underground. The company said its partners could not justify the expenditure, given there was not a reasonable rate of return.

"The whole environment now is just not right for any form of renewable energy really," said Bill Cruickshank, an Ottawa consultant and former official at Natural Resources Canada.

"The focus on the tar sands is just unbelievable. What frustrates me is the lack of a big plan to meet our targets from Canada."

Shell and Iogen – which owned a joint venture, Iogen Energy – said they would continue to co-operate on ethanol research, but it's unclear whether they will continue to run the existing Ottawa plant, which was billed as the first large-scale demonstration facility to produce cellulosic ethanol.

"We are proud of the work that has been done with Iogen Energy and are confident the technology is viable," Shell spokesman David Williams said in an e-mailed statement.

"We have learned a great deal from the work to date, which has informed the revised plan, and will continue to pursue activity to progress cellulosic ethanol via Iogen Energy and other collaborations."

Iogen has been seen as a world leader in the production of ethanol from agricultural waste, not only because it had the first commercial-scale demonstration plant, but because it has marketed itself globally by supplying fuel to high-profile road races.

The company was singled out for mention in Finance Minister Jim Flaherty's 2007 budget, when the government devoted $500-million to Sustainable Development Technology Canada to assist in the commercialization of next-generation biofuels that use agricultural, forestry and municipal waste, rather than corn and wheat to make ethanol and bio-diesel.

But five years after the fund was announced, only one company has been approved for funding: Montreal-based Enerkem Inc., which produces ethanol from municipal solid waste, though others have proposals before SDTC.

Cellulosic ethanol has been touted as the future of biofuels, allowing companies to shift from a reliance on food crops like corn and wheat to agricultural waste.

Companies are finding it challenging to efficiently break down the cellulose into sugars needed to make ethanol, and to handle the vast amount of feedstock required for a commercial plant.

But industry spokesman Scott Thurlow said it is too early to write off next-generation biofuels as a viable part of Canada's clean-energy mix.

"There are a lot companies in Canada that are looking at this technology, that are looking to make investments to take it from the demonstration to the next phase of making it commercially viable," said Mr. Thurlow, president of the Canadian Renewable Fuels Association. 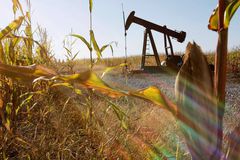 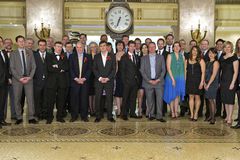 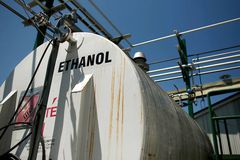