He is 66 and has seen so much. Billion-dollar bank mergers. The 1960s culture wars. Yet, Ed Clark still can't help but cry when discussing gay rights.

For nearly a decade, Toronto-Dominion Bank's chief executive officer has been vocal about his support – shocking senior managers in 2005 with a speech about the need to defend gay rights, running ads that feature same-sex couples, breaking down crying at annual Pride events for TD employees.

But this week he is doubling down on his message, and Canada's other big banks are eager to add their voices.

In the middle of WorldPride, a major international summit taking place in Toronto this month, Mr. Clark spoke at the Economic Club of Canada to argue that the lesbian, gay, bisexual and transgender community still needs more support around the world and in Canada's workplace, even though gay marriage is legal here.

In many countries, gay people are at risk of being killed, and in Toronto more than 20 per cent of homeless youth are LGBT – many run out of their homes by unaccepting parents.

"You listen to these stories and how can you not cry?" Mr. Clark wondered.

He isn't alone on his crusade any more. Some of Canada's biggest financial institutions, including Royal Bank of Canada and Bank of Montreal, are also joining in. This week, many of RBC's downtown Toronto branches are draped in massive rainbow flags and BMO raised its own flag at First Canadian Place, the 72-storey skyscraper that hovers over the heart of Bay Street. The message: There is no reason to hide anymore.

While their vocal support can seem like a public relations stunt, the banks say it's a reflection of their internal commitments. If they win business in the process – gay people are typically well-educated, often affluent, and they travel more than the average Canadian, making them ideal clients – so be it.

"Raising the flag was an important visible manifestitation … of what we believe internally," said Simon Fish, BMO's general counsel.

In the 1990s, Matthew Barrett, BMO's colourful chief executive, told Tony Comper, the man who would replace him, that pushing diversity internally was crucial, Mr. Fish said, and the bank has since committed to everything from creating LGBT groups to promoting female senior executives.

At RBC similar initiatives exist and CEO Gordon Nixon has personally attended the bank's internal celebration of "coming out day" – something that sent a powerful internal message. "Honestly I felt a sea change there," said Jennifer Tory, RBC's personal and commercial banking head.

The lenders are going more public with these views because they appreciate their power in Canadian society. Collectively RBC, TD and BMO employ just fewer than 200,000 people and they made $19-billion in profits last year.

Their executives also feel some personal responsibility. TD has offered same-sex benefits since 1994, and years after they were made available Mr. Clark asked to see how many people had taken advantage. The answer: Just 55. Too many people risked being outed.

He went home that night utterly embarassed. "My God," he thought to himself. "I have been running a homophobic institution … and didn't know it. Shame on me."

Bank executives also have close friends and colleagues who have struggled with coming out, something Ms. Tory attested to. The personal connection not only makes them want to speak to the issue, but has taught them that the banks have to stay committed. They can't simply wave the flag for one year and move on, she said, because every time an employee changes departments or roles, their old insecurities can come roaring back.

The banks aren't perfect. When LGBT rights were thrust into the spotlight leading up to the Olympics, many didn't say much. And to outsiders, their internal initiatives can seem hokey.

But their diversity teams have taught them to stick with the fight, and they are learning that even the smallest things, such as messaging, can matter the most.

When Mr. Clark spoke about LGBT issues in front of every single one of his senior managers in 2005, it was more than just a message that diversity needed to be addressed.

"Seriously, it was one of those moments in my life when time slowed down," said Tim Thompson, now TD Asset Management's COO, who had yet to come out at the time.

"It was like he was talking to me … I had never heard a business leader ever, ever, talk about me." 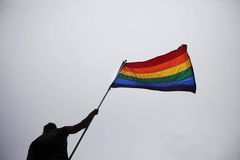 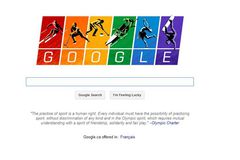 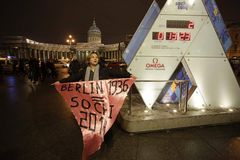