When a brand is as good as shorthand for Canadian identity, a marketing strategy built on national pride seems like a no-brainer.

Over the years, Tim Hortons Inc. has banked on Canadiana in its commercials; a new Canadian family making their home here, for example, or a father and son bonding over a hockey game.

But Tim Hortons's newest ad, launching Friday, represents a subtle shift in that strategy toward a more assertive expression of Canadian pride. It is a shift that, if successful, could inform the coffee chain's marketing tone going forward.

The ad stars Sidney Crosby, with whom the company has a multiyear endorsement deal. As Mr. Crosby is shown taking the ice for a game, a horde of hockey lovers streams onto the rink to back him up (complete with a few pint-sized Timbits Hockey players, of course). The music is rousing and upbeat.

In the past, the company has mostly used Mr. Crosby in its ads in a more sentimental light, often referring to his own days playing on some of the minor hockey teams it sponsors through its Timbits program.

The new commercial has a more spirited tone.

"The whole relationship with hockey and how we've advertised it is really evolving," said Rob Forbes, senior director of marketing and national programs at Tim Hortons.

While the change may seem subtle, it is based on consumer research pointing to a larger evolution in Canadian consumer sentiment.

Over the summer, the company's ad agency, JWT Canada, did an online study of 900 Canadians to measure how we see ourselves. Combined with focus group research, the agency found that many of us feel Canadians should be less "apologetic" and more "assertive," according to Doug Poad, vice-president and director of strategic planning at JWT.

Most Canadians in the study said they feel more proud of being Canadian than they did five years ago – something that represents an opportunity for brands.

"We wanted to tap into this insight to be less quiet in asserting that hockey is something that all Canadians own," said Brent Choi, chief creative and integration officer at JWT. "We believe Canadians are now more confident and willing to lead; that we're more grown up and have created our own brand of Canadian moxie, becoming fiercely proud to be Canadian and willing to defend what that means."

What has changed in five years? Factors such as Chris Hadfield's high-profile stint as commander of the International Space Station; Canada's hosting of the Vancouver Olympics; and the relative stability of the Canadian economy during the recent recession have all contributed to this more forceful notion of Canadian pride, the research found.

Tim Hortons is not the only marketer to recognize this opportunity.

In 2013, Molson Coors Brewing Co. revived its decade-old "I. Am. Canadian" slogan on a new line of patriotic merchandise released for Canada Day. That was part of a series of marketing steps by the beer company this year to inject a new sense of national pride into its advertising – with commercials that included lines such as "here's to being proud of where you're from."

Molson used a more brash style of nationalism back in 2000 with its "rant" commercial. And it had two of the most-watched ads online in Canada last year, thanks to its strategy of touting how well loved Canadians are around the world.

Brand Finance has also noticed a stronger national identity coming to the fore in some other markets, Mr. Baum said. In the United Kingdom, for example, excitement over the London Olympics – not to mention the fashionable young Royal couple and their new bairn, who have revitalized the image of the monarchy – have given brand Britain a shot of adrenalin. That has helped with the country's"Great Britain" campaign, which has heralded the U.K.'s greatness as a way of attracting both tourism and business investment, with corporate leader Richard Branson lending his image to some of the promotional materials.

In Canada, discontentment with the current government's leadership was found in JWT's consumer research – as well as in a poll from Nanos Research this week in which 56 per cent of respondents rated the government's performance in 2013 as "somewhat poor" or "very poor."

That could present an opportunity for marketers to step in and position themselves as non-political symbols of Canadian identity, by evoking national pride with their advertising images, JWT's Mr. Poad said.

Hockey, for example. The new Tims spot, which is now online and will launch on television during the broadcast of the World Junior Hockey Championships semifinal game on Saturday, finishes with the line: "Nothing brings Canadians together like a good ol' hockey game." The company received permission from the estate of Stompin' Tom Connors to use the line. It filmed the commercial in September in Copps Coliseum in Hamilton, where the company was founded 50 years ago.

And the ad features the famed green men, two rabid Vancouver Canucks fans who often dress in green body stockings and sit in rink-side seats at games. (The actual men are not the ones who appear in the commercial, but they gave permission for their likenesses to be used.)

It is a commercial made for a digital age: the company rewarded Facebook fans by inviting some of them to be part of the ad shoot. And Tim Hortons will also host a contest on social media during the campaign, to give fans a chance to meet Sidney Crosby. Encouraging social sharing is a growing concern for marketers looking to reach a broader audience.

There is a risk for some companies who try to use the Canadian brand to bolster their own brand love, however. The research also showed that consumers have to feel a marketer is authentically Canadian, or these types of advertising messages will ring false.

"Clearly, there are brands that are doing it," Tim Hortons' Mr. Forbes said. "We think that Tim Hortons can do it very powerfully … when you talk about waving the Canadian flag, you have to do it in a very authentic way."

Editors note: Tim Hortons will be hosting a contest on social media during its new campaign to give fans a chance to meet Sidney Crosby. This has been clarified from an earlier online version of this story.

JWT Canada's research identified Canadian consumers' growing pride in their identity . Most of those surveyed said they are more proud of being Canadian than they were five years ago. Here are the top five factors they cited as contributing to that stronger pride:

1) Comparatively strong economy during the global recession: 70.6 per cent of those surveyed said this contributed to them feeling more proud than they did five years ago

3) Chris Hadfield's command of the International Space Station: 64.5 per cent 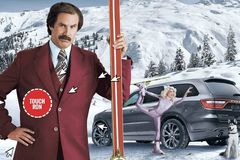 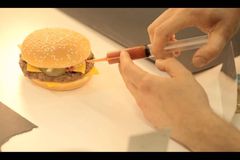 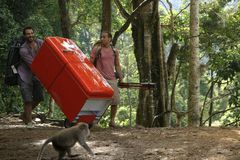 Second Cup: Trying for a comeback in coffee
December 20, 2013 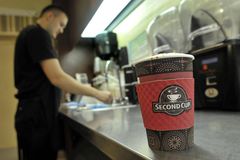 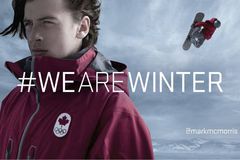 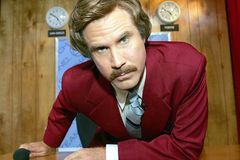