The Ontario government is putting the finishing touches on a $100-million renovation that turned Toronto's upside-down pyramid into a showcase eco-friendly office.

The unique brown brick building at 222 Jarvis St., whose floors get progressively wider from bottom to top, was built 40 years ago, in an era when energy was cheaper and narrow windows were in vogue.

The Ontario government bought the nine-storey former Sears Canada office building in 2007, and almost immediately gutted it for a total reconstruction touted as a showcase of Ontario's commitment to bring its office buildings up to compliance with the Leadership in Energy and Environmental Design (LEED) Silver standard.

The removal of hoardings a few weeks ago revealed a new multi-storey glass curtain on its facade that flattens the building's profile from the street and lets the sun shine into an expanded atrium lobby through bigger windows. Other new features include energy-efficient heating and cooling, collectors for rainwater and solar panels on the roof to power lights that go on only when people are in a room.

But just as employees from four Ontario ministries get ready to move into the newly greened digs, the government is putting 222 Jarvis and seven other office buildings it owns around the province up for sale.

Unlike homes that are flipped by owners after renovations, Ontario has no intention of moving out of the Jarvis Street building. Instead it's joining a growing group of organizations that sell their office buildings to investment groups and then sign long-term contracts to rent the space and let the new owner manage it.

The technical term is sale-leaseback, and it has become a phenomenon across Canada in the past three years, said Ross Moore, Vancouver-based director of research for commercial real estate service CB Richard Ellis.

"Corporations that own buildings are asking why they should own real estate if it's not their core business. A sale makes a lot of sense in a time when commercial real estate values are high and it's hard for businesses to increase revenues," Mr. Moore said. At the same time, selling a building to a real estate specialist eliminates the chores of being a landlord and handling maintenance.

Statistics compiled by CBRE project that about 5,000 commercial buildings will be sold in Canada in 2012 with a total value of at least $28-billion. That's up from $13-billion in 2009 and $24-billion last year.

The market is strong across the country, Mr. Moore said. "There are a bunch of factors that make commercial real estate attractive for institutional investors. Interest rates are at record lows, as are vacancy rates. If you're a landlord you're going to be able to push rents higher and there's little new construction going on so you're not likely to see people moving elsewhere."

A majority of the buyers are real estate investment trusts. "REITs have attracted a great deal of capital over the past year, primarily because they have significantly outperformed nearly every other investment asset class," explains John Andrew, a Queen's University professor of urban planning.

The biggest owner to jump on what Prof. Andrew calls a bandwagon is Loblaw Cos. Ltd., which recently announced plans to turn its property holdings into a public investment trust worth more than $7-billion.

"Given the significant tax advantages and ease of raising capital that REITs enjoy, this could make a lot of sense for Loblaw and its majority owner, George Weston," said Prof. Andrew, who directs the Queen's Real Estate Roundtable.

For companies such as Loblaw, or Bank of Nova Scotia, which last year sold and leased back its headquarters building in downtown Toronto, it's a way to generate a lot of revenue very quickly, he explained.

"Loblaw wants to use the revenue to pay down some of their debt and buy back some of their shares and put that revenue into their core business," Prof. Andrew said. Another advantage of the deal is that Loblaw will initially own 80 per cent of the REIT and can use it to raise capital at a lower cost.

However, the advantage of a building sell-off is less clear for the Ontario government. "I tend to be skeptical of governments selling their real estate. Most of the holdings are top quality and the buildings are likely to get very good maintenance," Prof. Andrew said. And a government prepared to sign a 25-year lease is as guaranteed as it gets.

"The government is not going to go bankrupt or move out in the middle of the night with rent owing," he points out. "So the question is: why would you sell off what you own outright and then pay rent?"

Immediate cash and long-term savings are the rationale behind the government's plan to deacquistion eight buildings, including the Toronto property and others in St. Catharines, Guelph, Oshawa, Sudbury, North Bay, Thunder Bay and Peterborough, said Bill Moore, a spokesman for Infrastructure Ontario.

As this year's budget put it: "The government's main business is to provide services to the public. Being a landlord should not be a core function of government; the private sector can manage office space better and at lower cost." Ontario hopes to get a lump sum of $500-million up front and save $300-million in costs over 25 years on the leases it would sign.

There may be savings in government selling older properties that are in need of cosmetic improvements and system upgrading, and there are a lot of REITs that look for properties they can upgrade and then turn around and sell after the improvements are made, Prof. Andrew agrees.

But he finds the sale of the Jarvis property puzzling. "I don't want to be critical, but why would they invest all those millions into bringing it to state of the art and then turn around and sell it and then pay rent to someone who will reap the benefits? I doubt they can be sure that a buyer will pay a huge premium above what they've already put into the complex."

Ontario's Mr. Moore said "the plan is to sell and lease back these properties in an open, fair and competitive process that ensures value for Ontarians."

"Infrastructure Ontario's mandate is to obtain market value to maximize proceeds, and it has retained Brookfield Public Sector Advisory, Cushman Wakefield and Grant Thornton on an exclusive basis to arrange the sale and leaseback," he added.

So far, a request for qualifications has established there are a number of qualified investors with the required experience, expertise and financial strength to manage the buildings, he said. The next step is to invite investors to respond to a request for proposals that will be issued early in the new year.

The final sale value of the property could be much higher than the estimate in the budget, Mr. Moore noted.

"These properties are high-quality assets, supported by long-term leasing commitments. The final resulting revenue will be market-driven."

There is soaring interest in commercial property.

Projected number of transactions in 2012.

The eight buildings identified in the Ontario government's sale-leaseback plan: 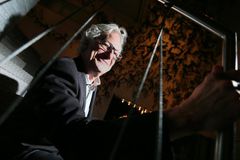 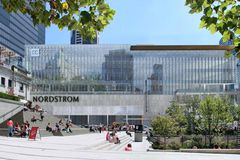 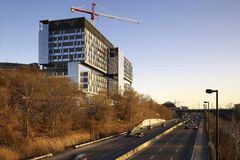 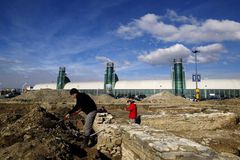 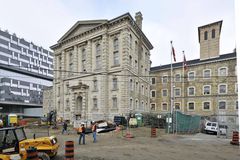 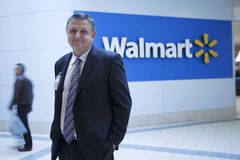