One of the most sprawling patent disputes in the world has now ensnared a BlackBerry app maker, raising the prospect that Research In Motion Ltd. the company behind the BlackBerry, may intervene to protect its developers from patent-licensing demands.

"I never thought they were interpreting the patent so broadly," Mr. Radcliffe said, adding that the free version of Lonely Turret simply contains a link to a BlackBerry app marketplace, where users can buy the premium version of the game. "It's just a link … The two apps are entirely separate."

Myriad developers who build apps for Apple and Android-powered mobile devices have already received similar letters from Lodsys. However, Mr. Radcliffe believes he is the first BlackBerry developer to do so. Apple, and Android's developer Google, have already taken steps to fight Lodsys in court and in the U.S. Patent and Trademark Office – in large part because both companies worry that the Lodsys patents could eventually apply to thousands of apps and threaten the entire mobile ecosystem on iOS and Android platforms.

Now, RIM may be forced to take similar steps. Mr. Radcliffe said he has contacted the Waterloo, Ont.-based BlackBerry maker about the infringement letter, and is waiting to hear back. RIM did not respond to a request for comment by deadline Tuesday.

Still, it is unclear what RIM, Google or Apple can do to assist their development communities in the short term. Several large companies that use online payment systems are trying to have some of Lodsys's patents declared invalid by a U.S. federal court. Google has asked the U.S. patent office to re-examine two of Lodsys's patents, which could prompt the office to significantly narrow the scope of those patents. But both approaches, even if successful, will likely take years.

Lodsys has become a lightning rod in the continuing and high-profile dispute over technology patents. In recent months, the Texas-based company – which doesn't design or build anything, but owns a small number of patents – has sent licensing demand letters to dozens of large and small companies.

The bulk of those licensing demands centre on a patent Lodsys owns relating to in-app payment methods. Lodsys interprets the patent as not only covering payments made within the app environment, but also apps that contain links to payment methods that are entirely outside the app itself – for example, a link to a third-party payment website where users can buy and download premium versions of the app.

Not only has Lodsys become involved in sprawling court cases with more than 30 large companies, including Best Buy, adidas AG and The New York Times Co., it has also sent patent infringement and licensing demand letters to dozens, if not hundreds of small-time app developers. For the most part, those developers simply don't have the money to fight back.

"It's pretty much impossible for me to do," said Mr. Radcliffe, who has not yet decided what his next move will be. "Even an hour or two of an attorney's time would wipe out everything I've made from the game."

A Lodsys representative did not respond to a request for comment.

Even though the Lodsys patents are likely to face court challenges for years to come, the company's actions have already had an impact on the app-development world. Several small developers have opted to pull their apps from U.S.-based marketplaces in order to limit legal liability in that country. Others have removed payment functionality from inside their apps.

"It's the first time we've seen a widespread campaign against basically individuals for patent infringement," said Julie Samuels, a staff attorney for the Electronic Frontier Foundation, which is running programs to educate developers about the Lodsys situation. "To the extent there is a silver lining, it is that this is shining a light on a problem that has been plaguing developers for a long time. This is a huge problem facing innovation in America." 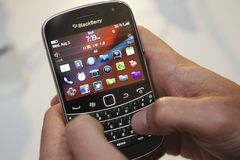 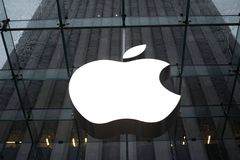 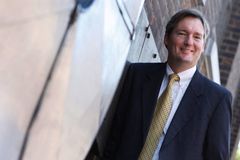