The crucial question for anyone heading into a court battle - whether a mighty corporation or a mere slip-and-fall victim - is the same, every time: "What are my chances?"

Depending on the answer, a client will decide to settle, or to stand and fight. The answer generally comes from across the oak-panelled desk of a lawyer, who draws on wisdom gained from years of practise, experience with similar cases and knowledge of the law to make a judgment call.

But as Deep Blue showed on the chess board and Watson recently demonstrated on the TV quiz show Jeopardy, it turns out robots might also be better at calculating those odds than humans. Computers, using complex algorithms to analyze tens of thousands of similar cases and decisions, can now be used to predict the outcome of court fights, according to Daniel Katz, an assistant law professor at Michigan State University.

"In some domains, it's possible right now, and in others it's in the not-too-distant future," said Prof. Katz, who will be speaking in Toronto on Saturday at a conference on how new technology promises to upend the legal profession - a profession traditionally resistant to change.

He recently laid out his ideas on "quantitative legal prediction" for a group of in-house counsel from Fortune 500 companies in New York, a group he said was keen to learn about how new technology could cut the amount of money they shovel at external law firms.

Robot lawyers obviously can't replace human intuition, or perfectly predict the outcomes of individual cases. Nor can they totally replace the experience of human lawyers. But Prof. Katz argues that a computer that can chew through reams of cases, judgments and judges' citations - more than any human lawyer could ever digest - and spit out a percentage chance of success could be very useful to clients who are looking for a second opinion.

"The real weakness of human reasoners is aggregation or scale. You can't do these things at that level. No person can," he said.

While Prof. Katz's vision may seem like science fiction, it has long been science fact. Almost a decade ago, a project conducted by researchers at Washington University in St. Louis and Harvard University used a computer model to predict the outcomes of a year's worth of cases before the U.S. Supreme Court.

They pitted their lifeless machines against a panel of distinguished law professors, including law school deans. The computer accurately predicted 75 per cent of the court's decisions. The human experts got it right just 59 per cent of the time.

New search capabilities are revolutionizing the process known as "e-discovery," allowing litigants to sift through mountains of e-mail and other documents to find the relevant ones.

And Lex Machina, a spinoff from a joint project of the law and computer science departments at Stanford University in Palo Alto, Calif., has created a massive database of U.S. intellectual property litigation that uses sophisticated search and analysis techniques to help companies decide when to fight, and when to settle.

Prof. Katz compares it to the way online retailers iTunes or Amazon.com analyze your shopping or browsing data, and the data of millions of other customers, to recommend purchases to you: "Amazon has a recommender system and the judges in some sense, have provided us with a recommender system."

The weekend event at the University of Toronto law school where Prof. Katz will speak bills itself as an "unconference," and is meant to be a "participatory" exchange of ideas between lawyers, technology experts, academics, law students and bloggers.

Among the organizers of the event, called Law Tech Camp, is Monica Goyal, a lawyer and entrepreneur who is the co-founder of a Web-based venture meant to help people headed to Ontario small-claims court.

Her project, called My Legal Briefcase (mylegalbriefcase.com), has little of the Star Trek-like appeal of Prof. Katz's ideas. But it is an example of the marrying of law and new technology that many predict will multiply in the coming years. Essentially, litigants who might otherwise find it too expensive to hire a conventional lawyer pay a fee to fill out an online questionnaire, use automatically generated forms, and get step-by-step instructions as they take their case to court.

She likens this kind of automation to the law profession's version of TurboTax, the now widely used income-tax software. For complex tax problems, you still need an accountant. And for complex cases, you probably still need a lawyer.

Ms. Goyal, 37, a former electrical engineer who got a masters at Stanford and worked in California's computer industry, acknowledges she is a rarity in the legal profession. For the most part, it remains suspicious of new technology. But that is changing, she said, and she hoped the exchange of ideas at the conference would empower other lawyers to use technology in new ways.

"The profession, in terms of technology adoption, has traditionally been laggard, late-adopters of technology. But I think there's a danger in generalizing," Ms. Goyal said. "There's quite a number of people who are interested in innovation. … What I encounter quite frequently is skepticism around the promise of technology."

No wonder, with the prospect of being one-upped by a legal version of Watson, the IBM computer that dominated Jeopardy in February.

One area where computerization has already dramatically changed the practise of law is "e-discovery," or the analysis of millions of pages of e-mails and other electronic documents that might be relevant to a court fight.

Now, instead of forcing armies of lawyers to comb through boxes of documents, smarter and smarter computer software uses artificial intelligence to search for key words and phrases, or changes in tone or language, that could flag an incriminating or relevant document.

It also uses "metadata," which analyzes when documents were altered and by whom, and can flag those that were altered unusually often, for example.

While this clearly reduces the number of lawyers needed, the technology comes as a response to the exponential increase in the vast number of documents that corporations and governments now produce, thanks largely to e-mail, which must somehow be sifted, and quickly, before litigation.

It has spawned an entire industry of consultants, software companies, even entire law firms, and now allows masses of documents to be analyzed at a fraction of what it would cost armies of lawyers to do.

Susan Nickle, a partner in Toronto's Wortzman Nickle - an exclusive e-discovery law firm founded in 2007 - says the process in Canada largely remains a "hybrid." First, new search software is used to cull a massive cache of documents. Then the remaining records are subjected to the scrutiny of old-fashioned human lawyers.

"That allows you with some confidence to say, 'Here's our universe of potentially relevant records.' That's what we're going to get the lawyers to review, versus them going one-by-one through a bunch of junk e-mails about baby showers, and cake in the servery, and the servers going down tonight for 20 minutes, that kind of stuff," Ms. Nickle said.

She says her firm is now testing new artificially intelligent "predictive coding" software and comparing it to other methods used on the same cases. This technique has a lawyer sit down and evaluate a sample of the documents for relevance to the case at hand. The computer then uses them to pluck out other documents it determines are similar. Its human masters evaluate those results and the computer then learns from its mistakes. Wortzman Nickle plans to compare results to see whether the new software is both as effective and cheaper.

But all of the software is only as good as the lawyers who tell it what to look for, Ms. Nickle said, and none of it can replace lawyers completely: "One of the companies [marketing the software]was almost perilously close to pitching it as a replacement for lawyers. And I said, I don't think so." 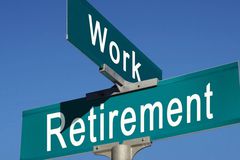 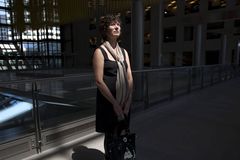