African countries are now routinely among the fastest-growing in the world, and their economies will continue to accelerate over the next two years, the World Bank says.

But this impressive new boom in sub-Saharan Africa is still vulnerable to volatile commodity prices and its rapid growth is failing to make a substantial dent in poverty and inequality, according to a new report by the World Bank on Monday.

The report is the latest evidence that Africa's dramatic growth – the much-hyped "Africa rising" phenomenon – is benefiting only a relatively small number of people. The trickle-down to ordinary Africans is hampered by rising inequality, leaving nearly half of Africans still mired in extreme poverty, the report said. By 2030, it noted, the majority of the world's poor people will be in Africa.

The good news for Africa is that the economic expansion is fuelled by a diversity of sources. The rise is being generated by private investment, domestic demand, mining and oil exports, agriculture, the service sector, government spending, and a growth in infrastructure investment from relatively new sources such as China, India and Brazil, the report said.

It projects that sub-Saharan African growth will be 4.9 per cent this year – up from 4.2 per cent last year, and more than twice as high as the bank's projection of global growth of 2.3 per cent this year. It says the region's expansion will accelerate to 5.3 per cent next year and 5.5 per cent in the following year.

While this growth is generally highest in Africa's resource-rich countries, there is also sustained high growth in countries such as Ethiopia and Rwanda, which are not dependent on natural resources, the bank noted.

A steady increase in foreign investment is a key factor. Foreign investment in sub-Saharan Africa is projected to jump by 24 per cent this year, reaching about $40-billion. Yet the foreign share of total capital is declining as other private flows are expanding.

While the mining and oil sectors are still a major reason for the economic growth, another important factor is the rise of consumer income, which is boosting the service sector, including finance, retail, real estate, telecommunications and transportation, the World Bank said.

Another booming sector is tourism. In the first half of this year, tourist arrivals in Africa were already 4 per cent higher than the same period last year, and are expected to rise 6 per cent for the year as a whole. The growth is being driven by increased tourism from emerging markets, the report said.

Commodity exports have played a huge role in Africa's growth, helping boost African exports from $100-billion to about $400-billion over the past decade. But those exports have been weakened by declining commodity prices this year, and the region remains "highly vulnerable" to shocks in commodity prices, the World Bank says.

Nearly three-quarters of African countries rely on just three commodities for the majority of their export earnings, and major economies such as Angola and Nigeria rely on oil for 85 per cent to 97 per cent of their exports.

Although the African boom has helped to reduce poverty, the pace of reduction is still "unacceptably slow" because of the persistently high level of inequality, the report said. "Africa grew faster in the last decade than most other regions, but the impact on poverty is much less than we would have liked," said a statement by Francisco Ferreira, the World Bank's acting chief economist for Africa.

The world was given a disturbing reminder of Africa's extreme poverty levels last week when a fishing boat capsized and sank near an Italian island, killing more than 230 Eritrean and Somali migrants who were desperately trying to reach Europe.

Wars and climate crises are among the many uncertainties that continue to jeopardize African economic growth, the World Bank noted. It cited the recent wars and terrorist attacks in Kenya, Mali and the Central African Republic.

"Natural disasters such as droughts and floods are occurring more frequently while the threat of conflict continues," said a statement by Makhtar Diop, the World Bank's vice-president for Africa.

The report also warned that Africa could be vulnerable to a slowdown in growth in emerging economies such as China, India and Brazil.

It suggested that Africa could strengthen its growth with improved "safety nets" – possibly including targeted subsidies and cash transfers to low-income families, financed by a greater share of resource revenue. 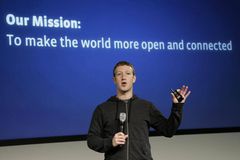 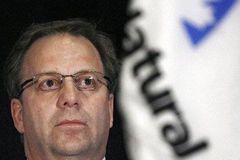 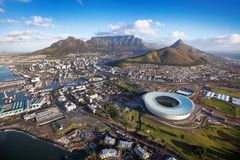