The wooden fishing boat navigating Nigeria's mangrove swamps is powered by a generator balanced above its volatile cargo.

Shimmering crude oil fills its hull, almost indistinguishable from the polluted water in the creek.

Here and there on the banks, people coated in oil wade through greasy mud in patches of landscape blackened and stripped of the thick vegetation that makes Nigeria's oil-producing delta so hard to police.

Plumes of grey or yellow smoke fill the air as men who will give only their first names go to work in an illegal industry that the government says steals a fifth of the Nigeria's output of two million barrels a day.

Oil "bunkering" – hacking into pipelines to steal crude then refining it or selling it abroad – has become a major cost to Nigeria's treasury, which depends on oil for 80 per cent of its earnings.

Major General Johnson Ochoga, who leads a military campaign against bunkering that was stepped up last year under orders from President Goodluck Jonathan, told Reuters nearly 2,000 suspects had been arrested and 4,000 refineries, 30,000 drums of products and hundreds of bunkering boats destroyed in 2012.

Yet the complicity of security officials and politicians who profit from the practice, and the lack of alternatives for those who undertake it, cast doubt on the likelihood of success.

Forty-year-old Goodluck, who shares his name and tribe with the president, says he would much rather have got a respectable job, except that, despite the billions of petrodollars coursing through the region's creeks over decades, there aren't any.

"This refinery is the only thing I know that can ensure my survival, at least for now," he told Reuters, sitting under a small makeshift iron roof shelter from the boiling sun, his hands sticky with crude.

"Doing this you can make up to $60 in a day," he said, gesturing with a nod towards oil drums full of homemade diesel shaded by smoked-blackened palm trees.

Most of the stolen crude is shipped offshore, with the remaining 10 per cent refined locally. There is plenty of demand for the diesel, kerosene and gasoline Goodluck makes by boiling up stolen crude in a steel drum over a wood fire.

Nigeria's legal refineries have been left largely defunct by decades of mismanagement and corruption, with the result that fuel stations in the world's 12th largest oil producing country often run out of supplies.

'PUSHED TO THE WALL'

Goodluck gets up at dawn in the traffic-choked city of Yenagoa, in Bayelsa state, a humid labyrinth of creeks, swaps and mangrove forests that is home to two million people, mostly subsistence fishermen.

After breakfast Goodluck makes for the jetty where his boat is tied. On his way to his secret refinery, he also uses the boat to run a part-time paid ferry service.

The plumes of dark smoke rising from sites dotted along the riverbank for miles around show he is not alone in depending on illegal refining, an activity in which he sees no wrong.

"Though it is illegal, the oil belongs to all of us. This is our own share," he said, echoing the justification given by many locals who feel they have been left out of the oil riches flowing from underneath them.

Thieves often tap unguarded pipelines in broad daylight, hacking into them and connecting a hose to pump the oil onto a barge. They then sell it either to international criminal networks or to local refiners like Goodluck.

An amnesty for some 26,000 militants in the Niger Delta in 2009 ended an overt campaign of violence and sabotage against the oil industry that at one stage shut down nearly half of its production. But attacks on pipelines for theft have increased.

The environmental devastation wrought is huge, as damaged pipelines spew oil for days afterward. The waters of bunkering sites visited by Reuters were coated in a thick film of crude.

Decades of oil production have poisoned the waters of the delta, driving fishermen deeper into poverty and leaving some with few options for making a living.

"We know the crude oil theft is bad but we have been pushed to the wall to do it … if not for the oil bunkering, we would have no shelter in this community," said Sudouwei Eris, 51, adding that the government had not even provided a school to his village of Baberagbeme.

While many senior militants have received lavish payouts to end rebellions aimed at securing a fairer sharing of the delta's oil wealth, many youths face long-term unemployment and poverty.

Chisco, 35, stands ankle deep in a polluted swamp, boiling up crude over a fire. He employs three people.

"I was jobless, but I have a younger brother who read geology at university and he taught me the process," he told Reuters, adding that it was hazardous work – "you can easily burn the whole refinery to the ground."

Godswill, who also declined to give his surname, teamed up with two of his friends to start a refinery site two years ago. His main job is maintaining a depot where crude oil is stored in a large hole that he dug in the ground.

Whenever police or military discover the site, he says, he simply pays them off.

"Sometimes we have to run away and they burn down the site," he said. "Then we just make a new one." 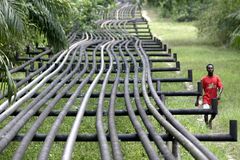 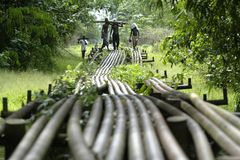 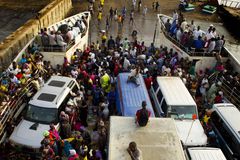 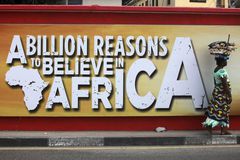