Kenya's economic growth slowed sharply in the second quarter, marring better news on inflation which fell faster than expected in September, and pressuring policy makers to spur the economy.

Save for 2008 and 2009 when the economy was affected by a bout of post-election fighting and the impact of the global financial crisis, Kenya has posted robust growth rates in the past decade.

But the good news story was cut short last year when inflation soared and the currency slumped, forcing policy makers to raise rates aggressively, which in turn drove up costs of borrowing for businesses.

On a seasonally-adjusted basis, the biggest economy in east Africa grew by 0.1 per cent from 0.5 per cent in the first quarter, the government said on Friday.

"The economy has come to a screeching halt... The central bank has moved (to cut rates) but it needs to move more aggressively because this slowdown is in danger of running away from us," said Aly Khan Satchu, an independent trader and analyst.

Policy makers embarked on an easing cycle in July, cutting the benchmark lending rate by a total of 500 basis points over two meetings to 13 per cent, in order to help economic growth.

Official statistics showed that the slowdown in economic growth was led by agriculture, which accounts for a quarter of the economy, as well as the construction industry.

Farming expanded by 1.6 per cent, down from a growth of 4.2 per cent in the same period last year, dragged down by lower exports of cut flowers, vegetables, fruits and tea.

The construction sector, which is highly susceptible to high borrowing costs in an economy, grew by 1.4 per cent during the period, down from 5.1 per cent last year.

The slowdown in growth distracted from better news about the year-on-year inflation rate, which fell to 5.32 per cent in September from 6.09 per cent the previous month, and faster that the consensus forecast of 5.40 per cent.

After peaking in November last year at just under 20 per cent, inflation has been falling steadily this year, thanks to increased food production, lower costs of crude oil and an effectively tight monetary policy stance.

Razia Khan, the head of research for Africa at Standard Chartered in London said they expected further falls in the year-on-year rate of inflation.

"This should mean plenty more scope for the CBK (Central Bank of Kenya) to keep easing monetary policy, although we expect a slower pace of easing in the months ahead," she said.

Ms. Khan predicted further, but smaller, cuts to the policy rate with a possibility of the monetary policy committee setting the rate at 9 per cent in the first quarter of next year.

Lower lending rates and the falling rate of inflation could help the economy to get back on its long term growth trajectory, said Phumelele Mbiyo, head of regional research at CFC Stanbic Bank.

"There will be significant pick up of the economy in the second half of the year, based on the easing but also the fact that inflation has come down," he said.

Still, one analyst felt the central bank, shocked by the second quarter growth numbers, may go for bolder action.

"We believe that the central bank will test its hand again at another bold rate cut when it meets next, with real interest rates still firmly in positive territory," said Thalma Corbett, economist at NKC Independent Economists. 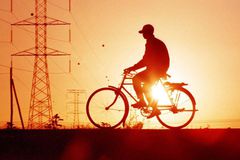 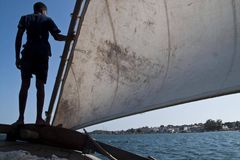