The bouquets-in-waiting might be blooming, but Kenya's forthcoming general election could not come at a worse time for the country's flower farmers.

Two big dates for the flower industry that are celebrated in many export markets not only fall within a couple days of each other this year, but in the same week as the country's March 4 vote.

Some farms garner as much as 10 per cent of their annual take from Mother's Day – celebrated this year on March 10 in the U.K., Ireland and Nigeria – and International Women's Day on March 8. The latter's popularity has recently blossomed in Russia, with women across the nation expecting a flower. Moscow regularly charters aircraft to deliver long-stem roses direct from Nairobi.

But this year, those lucrative sales opportunities are clouded by memories of poll-related violence in early 2008, after the previous general election, which led to more than 1,100 deaths and brought exports to a standstill.

The flower sector – part of a $1-billion (U.S.) horticulture industry that, along with tea and tourism, brings in most of the nation's foreign exchange – is among those preparing for the worst but hoping for the best when 14 million Kenyans go to the polls to elect parliamentarians and a new president. Current president Mwai Kibaki is preparing to step down after two terms in office.

Any widespread violence would be likely to hit all three big foreign-exchange earners. Five years ago, growth in east Africa's largest economy dropped to 1.5 per cent, from 7 per cent the year before.

"We would have preferred elections were held earlier, but we are trying to make some sort of arrangement to ensure we can still supply flowers ahead of time," says Jane Ngige, chief executive of the Kenya Flower Council, which represents 70 of the country's 100 flower farms. Kenya is the European Union's biggest supplier of cut flowers.

Already, the flower council is in talks with government and state security forces in case they need reinforcements, especially in potential hot spots such as Naivasha, a central flower-growing area and centre of the violence after the previous election. Freight handlers at the airport have plans in place to shift non-perishable goods before the polls.

Last time round, election violence lost the industry about $12-million, says the flower council. Although sales recovered over 2008, growth was half that of the previous year. Export routes to the airport were blocked by burning tires and thugs stopped workers getting to farms and pelted buses with sticks and rocks. Some tea workers were killed in their plantations.

"It was absolute chaos," said Harry Milbank, general manager of the 1,200-worker Fair Trade VP Group farm, which had to dump flowers that could not make it to the airport. Thirty-five workers never returned. "This time we are encouraging people not to discuss politics at work; not to feed the rumour mill. They're the ones who suffer – not the big boys."

Tambuzi farm, which supplies Fairtrade scented roses to Britain's Waitrose Ltd. outlets and other markets in Russia, Japan and France, is among growers staging peace plays in the local community and promoting election slogans such as: "One Kenya, One Tribe."

"All we can do at farm level is ensure no factional split among our work force," said Tim Hobbs, the owner.

The farm was ready to repeat emergency measures from last time, which saw flower export lorries switch drivers according to ethnicity to ensure they were safe driving through violent areas.

This time round, people are hoping that a political alliance between the presidential candidate Uhuru Kenyatta, a Kikuyu, and his running-mate William Ruto, a Kalenjin, will curb tensions between the two historically rival groups.

John, one flower farmer from the Luo ethnic group who did not want to be identified by his surname for fear of reprisals, is taking no chances. He has already moved his daughter out of the school she attends in a predominantly Kalenjin area. Third-time presidential challenger Raila Odinga, who leads opinion polls, is also a Luo.

"We are very much worried as a Luo community. Last time we were looted – everything went," he said.

Flower farmers are not the only ones preparing for the worst. Companies say they are stockpiling goods in anticipation of a run on everything from cash and fuel to mobile telephone credit scratch-cards. In 2008, cash machines across the capital ran out as bank employees decided it was too dangerous to deliver money to the machines.

Schools are closing over election week and a public holiday on voting day may also keep people off the streets. Analysts say trouble is more likely after the results are announced. 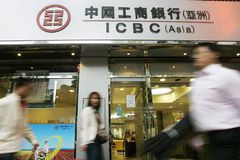 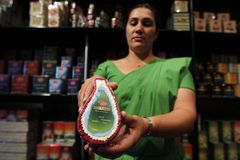 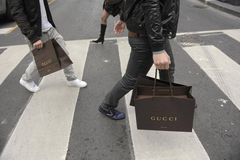