Research In Motion Ltd. must chart a tough course in its two key emerging markets of India and Indonesia: quickly launch cheaper handsets to woo lower-end subscribers while restoring its tattered brand among the countries' status-conscious.

The company, which is rebranding itself BlackBerry after its best-known smartphone, has won millions of followers in these two Asian countries, mostly by selling cheaper handsets and offering service packages as low as $2 (U.S.) a month. So it's unlikely that the Z10 model introduced last week, which operators in India expect to sell for around $750, will appeal to the users it must reach if it is to build market share.

"It's clear that not only are India and Indonesia among the largest markets but in terms of future smartphone growth, they're amongst the ones with the most potential," said Melissa Chau, senior research manager at technology research group IDC in Singapore. "But the two devices that have been launched are not well aligned to the needs of these two markets."

While the company does not break down its sales by country, data from IDC shows that Indonesia was BlackBerry's biggest market outside the United States and Britain last year, while India was ninth.

ABI Research said that BlackBerry accounted for nearly half of Indonesia's smartphone shipments in 2012. Compare this with a global share of just 5.3 per cent. In India, the world's second-largest mobile phone market, BlackBerry ranks third after Samsung Electronics Co. Ltd. and Nokia Corp.

In both countries, young people are drawn by low-cost handsets allowing them to communicate for free on the BlackBerry Messaging Service (BBM). Almost all carriers offer services for the device. Indonesia's XL Axiata Tbk PT, for example, saw a 45-per-cent jump in BlackBerry subscribers last financial year after offering packages for as little as 20 cents per day.

But this picture is changing rapidly.

The rise of messaging services such as WhatsApp that are not confined to any single operating system and the proliferation of cheap Android devices have diluted the BlackBerry's appeal.

Mickey Nayoan, a 32-year old product designer in Jakarta, swapped his BlackBerry for a Samsung phone six months ago and isn't missing it.

"I survived without BlackBerry because there's WhatsApp," he said. "More and more people use it and so I don't need BBM anymore."

At the same time, higher-end users have deserted what is increasingly seen as a low-end brand.

"When they came up with the cheaper versions, that took the allure off the brand for many Indonesians who are very status-conscious," said Ong Hock Chuan, a Jakarta-based communications consultant.

While BlackBerry remained the number one smartphone brand in Indonesia in the second quarter of last year, the most recent period for which rankings were available, Android overtook it as the most popular operating system, according to IDC.

IDC said when it released the data last September that this was partly because of delays in the launch of the BlackBerry 10. The Z10 is likely to launch in the second half of February in India and in late March in Indonesia.

Data from StatCounter, a website that estimates mobile web traffic, shows BlackBerry's share in Indonesia falling from about 20 per cent in 2011 to about 5 per cent last year.

On the other hand, carriers and users say, glitches with BlackBerry services and a perception that the brand has lost some of its lustre mean that it will be hard to sell the Z10 and a keyboard model, the Q10, even to better-off users.

"It really depends on how BlackBerry 10 performs. If it can fix problems of previous BlackBerry (services) it could succeed in the market," said Hasnul Suhaimi, CEO of Indonesia's XL Axiata. But for now, he said, "it will just be about people swapping out existing devices."

To reverse this, BlackBerry must announce cheaper devices quickly, analysts say. BlackBerry launched handsets designed on its old platform for just such users in India and Indonesia last year.

"The Z10... is obviously a high-end product and India is not a market at that price point," said Anshul Gupta, an industry analyst at technology advisory firm Gartner in Mumbai. "We don't know exactly what will be coming here, but I would expect them to launch different models in India, which would give them more traction." 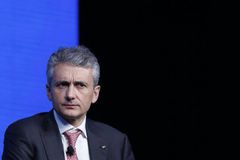 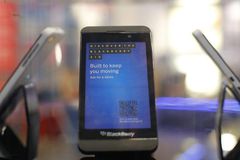 RIM’s BlackBerry 10 launch goes off with a successful bang
January 30, 2013 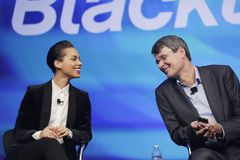