As the euro zone hurtles toward a fresh crisis, Germany is often portrayed as Europe's stern paymaster, strict and unyielding with countries that fall short of its standards.

But if you think Germany is tough with Greece, you should see how it behaves at home.

The current dilemma now facing Europe is partly an outgrowth of Germany's own countrywide obsession with avoiding excessive debt.

It's a focus born out of long historical experience, which has helped to turn responsible spending into both a personal and a civic virtue. Germany is a place where cash remains king; some retail outlets, including IKEA locations, don't accept credit cards.

At the national level, the German federal government recently balanced the budget for the first time in 45 years. Starting in 2016, it will be bound by a constitutional measure restricting its borrowing, something known as the "debt brake."

The unwavering focus on fiscal discipline is a source of consternation for those who see Germany's debt phobia as unhealthy for Europe and for its own future. In an era of ultra-low interest rates, they say, Germany should seize the chance to borrow cheaply and use the funds to update its infrastructure and make an investment in long-term prosperity.

"We are not in a situation where the balanced budget should be the first priority," said Ferdinand Fichtner of the German Institute for Economic Research in Berlin. "It would make more sense to take a bit more money and invest in public goods."

But such arguments have found little traction so far within the German government. Policy makers are convinced that the recipe deployed here over the last decade or so – labour market reforms together with fiscal restraint – is also the correct course for the euro zone as a whole.

Even to visitors, it's immediately apparent that Germany has a distinctive approach to spending and borrowing. It's hard to imagine an IKEA in North America not accepting credit cards, as is the case in Berlin (cash and debit cards only, please).

Cash is still used for more than half of all transactions in Germany, according to the latest available figures from the Bundesbank. Even when cards are used to pay for items, they are predominantly debit cards. (Indeed, the whole concept of credit cards is different in Germany: usually the balance is automatically debited from a person's bank account on a given date, with no automatic – and costly – extension of credit.)

History has etched caution into the national psyche. In the last century, Germans have experienced wrenching financial trauma more than once: in the early 1920s, one of the worst-ever outbreaks of hyperinflation turned money into dust in weeks. After the Second World War, the introduction of a new currency – the deutsche mark – once again destroyed savings.

Those experiences have reinforced a sense that irresponsible economic policies can lead to ruin and ingrained a tendency to save. Jan Logemann, a historian at Georg August University in Germany who studies cross-cultural approaches to borrowing, says that there has been "a broad reluctance to use debt as a means for social climbing" in Germany. Government policies in the postwar period also pushed Germans to accumulate savings, he added.

Germans do take out mortgages, but remain just as likely to rent as to buy a home. The country has the lowest home-ownership rate in the European Union – just 53 per cent, according to the latest figures from the European Mortgage Federation.

For German taxpayers, the turmoil of the 2008 financial crisis – which forced the government to borrow in order to bail out ailing banks – was a new watershed. "This was almost traumatic," says Olaf Gersemann, senior business editor at Die Welt, a major German newspaper, and author of a new book on the country's economic future. Ever since, the "unwillingness to pile on any more public debt has become a very strong movement in Germany."

To close the door on future bailouts, Chancellor Angela Merkel's government instituted the "debt brake," which places strict limits on public borrowing starting in 2016. "Our task is no longer to live beyond our means," she said back in 2011. "That goes for Germany and for every other European country."

Ms. Merkel's political discourse has been simple and clear, said Peter Matuschek of polling company Forsa in Berlin. "She compared the private budget with the public budget. This is quite comprehensible for the common citizen."

It's also politically popular: in a Forsa poll in October, respondents were asked whether the government should balance the budget or invest more to stimulate the economy, even if it meant taking on some new debt. Fifty-four per cent favoured eliminating the deficit. In early January, Ms. Merkel's government announced that it had achieved its goal of the "schwarze null" – black zero, or a balanced budget – ahead of target in 2014.

For Mr. Gersemann, the author and editor, the fixation on eliminating debt and reducing spending doesn't make sense. "Our fiscal position won't get better in the future because of bad demographics, and interest rates can't go lower," he said. If the country suffers from a lack of investment, "This is the time to fix it – to fix schools, to fix bridges, to fix roads. We won't get a better opportunity in 50 years." 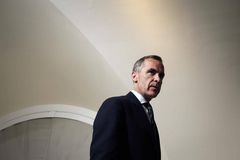 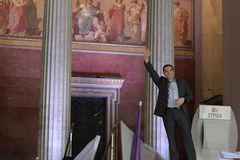