Barclays was in such denial about the scandal over its interest rate manipulation that the Bank chief Mervyn King said he had to tell it that regulators had lost confidence in Bob Diamond as chief executive officer days before he resigned.

Mr. King, governor of the central bank since 2003, dismissed accusations on Tuesday that he was asleep at the helm while Barclays traders tried to skew a benchmark interest rate that underpins transactions worth trillions of dollars worldwide between 2005 and 2009.

He gave an insight into the flurry of meetings and telephone calls that sealed Mr. Diamond's fate on the weekend before the July 3 resignation, but dismissed the suggestion from Treasury Select Committee Chairman Andrew Tyrie that his intervention was akin to handing someone a revolver to shoot the Barclays CEO.

"I don't like these firearm analogies, and they are false," Mr. King told the parliamentary committee.

After the hearing Mr. Tyrie said he was still concerned that there were insufficient checks on the BoE's ability to use "arbitrary pressure" to force out senior bank executives.

Mr. King said he had consulted Chancellor George Osborne before informing Barclays that regulators had lost confidence in the bank's executive management, shorthand for Mr. Diamond.

"The board of Barclays had been in something of a state of denial about the concerns of the regulators," said Mr. King, who appeared composed during his testimony and even smiled at times.

Barclays was fined $453-million last month by U.S. and U.K. authorities for manipulating the London Interbank Offered Rate (Libor), the short-term interest rate that is supposed to show the price at which major banks are willing to lend to each other.

In testament to the seriousness of the scandal, lawmakers' regular discussion of financial stability with Britain's top financial regulators – including Mr. King, his deputy Paul Tucker and Financial Services Authority (FSA) chairman Adair Turner – turned almost entirely into a grilling over Libor.

U.S.-born Mr. Diamond fought to save his career for several days, but swiftly changed tack after the most powerful men in the City of London decided he must go to save Barclays from further turmoil.

Once the darling of the City of London, Mr. Diamond's aggressive leadership and 17-million-pound earnings appeared at odds with an era of European austerity, with bankers cast as the villains who staked the world economy for their bonuses.

"All of us involved had built up genuine concern that it is possible to sail close to the wind once. You can sail close twice or maybe even three times," Mr. King said.

"But when it gets to four or five times it becomes a regular pattern of behaviour (and you) ... have to ask questions about the navigational skills of the captain."

Mr. Osborne said the Libor scandal showed a culture of greed and irresponsibility in the City of London and on Wall Street.

Mr. King dismissed accusations that he failed to pick up on the manipulation of Libor, saying he only found out about the malpractice two weeks ago and shooting back at implied criticism from U.S. authorities that London had been too slow to act.

"The first I knew of Libor wrongdoing was when FSA reports came out two weeks ago," Mr. King said.

Diamond has apologised for the actions of his traders but has criticized regulators and central banks for failing to heed warnings over Libor.

When questioned over a 2008 e-mail sent by Timothy Geithner, then president of the New York Fed, to Mr. King about recommendations to enhance the credibility of Libor, Mr. King said the Fed did not raise any evidence of wrongdoing.

In e-mails released by the Bank, Mr. Geithner's proposals, dated May 27, 2008, included a section on how to eliminate the incentive to misreport banks' lending rates.

John Mann, a Labour MP on the Treasury Select Committee, bluntly told Mr. King that it appeared he, too, was in denial about the wrongdoing over Libor.

"If it was so obvious and it was all in the newspapers and everyone was talking about it, one might ask the question why everyone didn't say this is wrong?" Mr. King replied.

"The reason was because it wasn't wrongdoing; it was in a market that was dysfunctional and not operating in any effective way," Mr. King said.

While Mr. King appeared confident and composed throughout the three hours of questioning, his deputy Paul Tucker was defensive when pressed on why he did not suspect Libor manipulation in 2008 after a New York Fed note talking about steps to prevent "deliberate misreporting" in Libor.

Mr. Tucker was the favourite to get Mr. King's job next year until a 2008 memo from Mr. Diamond appeared to suggest that Mr. Tucker had condoned the rate-rigging. An earlier hearing brought no evidence of this, though Mr. Tucker's prospects to succeed King have still been hurt.

E-mails between Mr. Tucker and Mr. Diamond revealed by Mr. Mann during Tuesday's hearing showed the chumminess in the relationship between the regulator and the bank boss.

"Congratulations. Well done, man. I am really, really proud of you," Mr. Diamond said in an e-mail after Mr. Tucker was promoted to deputy governor in December 2008. Mr. Tucker replied: "Thanks so much Bob. You've been an absolute brick through this."

More than a dozen banks are being investigated for their roles in setting Libor, including Citigroup, JPMorgan Chase & Co., Deutsche Bank, HSBC Holdings PLC, UBS and Royal Bank of Scotland.

Morgan Stanley analysts have calculated the litigation risk to each of the 16 banks involved in setting Libor at between $60-million and $1.1-billion.

Libor rates submitted by banks are compiled by Thomson Reuters, parent company of Reuters, on behalf of the British Bankers' Association. 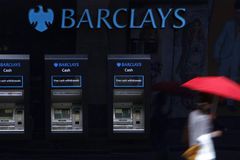 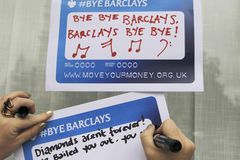 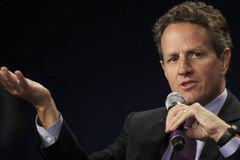 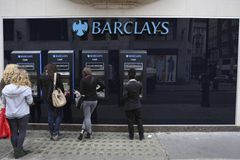 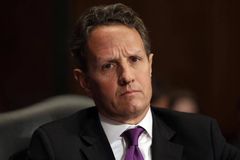