The deadly truck attack in Nice, France, had an enormous human cost, but it may also weigh on the economy of a country – and a world – that has now seen several horrific terrorist incidents over a relatively short period of time.

It is very hard to determine what impact a single tragedy can have on a huge economy such as France, said Craig Wright, chief economist at Royal Bank of Canada, but the fact that there have been a series of attacks could put a damper on growth.

"It is a bit additive," he said. "I don't think you can give a firm estimate of the impact, but it is the culmination of a number of shocks that adds to that overall sense of economic uncertainty that is out there."

That's also the case when looked at from a European or worldwide perspective, Mr. Wright said. The fundamentals supporting global growth will eventually carry the day, he suggested, but at the moment fear is accumulating – from terrorism, a massive refugee issue and the Brexit – and that will have an impact, he said. "There is no one incident that is going to derail global growth, but it is yet another negative shock that is weighing on overall confidence and economic activity."

In a worst-case scenario, businesses could become so fearful that they begin trimming investment and slowing hiring, in France and elsewhere, he said.

Benjamin Reitzes, senior economist at Bank of Montreal, said the attacks are "unambiguously negative" for the French economy, but it is very difficult to quantify the impact.

However, he said, markets are remarkably resilient, and bizarrely "the more frequent [these incidents get], arguably the less impact they have over time."

French domestic spending could stall in the short term, Mr. Reitzes said, especially in southern France, but that will not likely last.

Tourism could also take a direct hit in the short term, said Fotios Raptis, senior economist at Toronto-Dominion Bank, but in these circumstances travel plans are often delayed rather than cancelled.

"France was just bouncing back from the Paris attacks," Wouter Geerts, a travel analyst at Euromonitor International in London, told Bloomberg News. "This will definitely have an impact on travel, and on how people perceive the wider safety of France." Nice could take longer to rebound than Paris did after the attacks there, he said, because Paris is more iconic and therefore more resilient.

Travel to Tunisia, Egypt and Turkey has dropped sharply in recent months after a wave of violent attacks in those countries.

One Vancouver-based travel agent said it's too early after Thursday's attacks to assess how many people will cancel plans to travel to France, but some travellers are likely to do so. "We had a lot of cancellations for Turkey after the Istanbul Airport tragedy and many of the cruise lines cancelled Istanbul as a port of call," the agent said.

Air Canada said Friday that it is offering a full refund to passengers whose final destination is Nice, and it is waving change fees for passengers travelling through Nice's Côte d'Azur airport. Air Canada's low-cost subsidiary, Rouge, flies directly to Nice from Montreal four times a week.

Transat A.T. Inc., which runs two flights a week from Canada to Nice on carrier Air Transat, said it had seen no measurable change yet in people calling to rebook or cancel their flights.

Company spokesman Pierre Tessier took an optimistic view of the longer-term impact of negative events. "Tourism is a very resilient industry," Mr. Tessier said, adding that the number of tourists has continued to grow globally despite terror attacks and other happenings.

Still, many travel-related stocks took a hit on Friday after the Nice attack. French hotel operator Accor SA, whose brands include Fairmont and Ibis, was among the biggest decliners, down 3 per cent. British travel agent Thomas Cook Group lost 4.2 per cent, while airline stocks such as EasyJet, Ryanair Holdings and Air France-KLM also slipped.

Opinion
France’s terrorist problem is rooted in Syria, not Paris or Nice
July 15, 2016 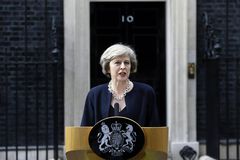