The CEO of a U.S. tire maker has delivered a crushing summary of how some outsiders view France's work ethic in a letter saying he would have to be stupid to take over a factory whose staff only put in three hours work a day.

Titan International's Maurice "Morry" Taylor, who goes by "The Grizz" for his bear-like no-nonsense style, told the left-wing French industry minister in a letter published by Paris media that he had no interest in buying a doomed plant.

"The French work force gets paid high wages but works only three hours. They get one hour for breaks and lunch, talk for three and work for three," Taylor wrote on Feb. 8 in the letter in English addressed to the minister, Arnaud Montebourg.

"I told this to the French union workers to their faces. They told me that's the French way!" Taylor added in the letter, which was posted by business daily Les Echos on its website on Wednesday and which the ministry confirmed was genuine.

"How stupid do you think we are?" he asked at one point.

"Titan is going to buy a Chinese tire company or an Indian one, pay less than one Euro per hour wage and ship all the tires France needs," he said. "You can keep the so-called workers."

Socialist President Francois Hollande might take some comfort in Taylor's view of Washington: "The U.S. government is not much better than the French," he said, complaining Western leaders were failing to halt state-subsidised Chinese exports.

Taylor has built Illinois-based Titan over 23 years into a global brand in tires for tractors and other off-road machinery. Proud of being "The Grizz" – his group's logo features a cartoon bear and its website opens to the roar of a grizzly – Taylor has clashed with unions before and ran for the White House in the 1996 Republican primary, campaigning on a pro-business ticket.

At that time, he admitted to being "abrasive" in order to "get the job done": "The politicians, they all want you to like them," he told an interviewer. "I don't care if people like me."

To Montebourg, the author of "Kill All the Lawyers and Other Ways to Fix the Government" wrote: "You're a politician so you don't want to rock the boat ... France will lose its industrial business because its government is more government."

The minister refrained from an immediate reply: "Don't worry, there will be a response," Montebourg told reporters on Wednesday after meeting Hollande. "It's better written down."

Union leaders were less cautious. CGT official Mickael Wamen said Taylor's comments were "insulting" and based on a visit to a plant already on short-time working. Taylor belonged more "in an asylum", he said, than in the boardroom of a multinational.

For all the colourful language of his remarks, Taylor's comments were a new and public knock to France's business image after verbal attacks last year by Montebourg on firms seeking to shut ailing industrial sites prompted international derision.

Combined with concerned over plans for a 75-per cent "millionaires tax", Montebourg's antics drove London Mayor Boris Johnson to tell an international business audience that it seemed France was being run by left-wing revolutionaries.

Montebourg has also lashed out at cheap imports of manufactured goods from low-wage countries like China and last year told the boss of Indian steel maker ArcelorMittal he was unwelcome in a spat over a shuttered plant in France.

Despite having per-head productivity levels that rank among the best in Europe, economists blame France's rigid hiring and firing laws for a long industrial decline that has dented exports. Many also fault the country's 35-hour work week for diminishing competitiveness with Germany.

Goodyear Tire & Rubber Co's Amiens Nord plant employs 1,250 people, who have been battling demands that they work more shifts or accept layoffs. The government said in January that the site faced imminent closure.

Talks with Titan over a possible purchase of the plant's farm tire section fell through last September after a failure to reach a deal with the CGT union on voluntary redundancies.

Titan did not return calls on Monday evening for comment.

Taylor's letter to Montebourg accuses the French government of "doing nothing" in the face of Chinese competition.

"Sir, your letter states that you want Titan to start a discussion. How stupid do you think we are?" he wrote. "Titan is the one with the money and the talent to produce tires. What does the crazy union have? It has the French government." 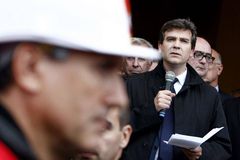 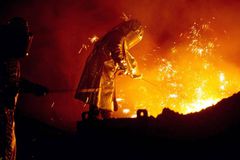 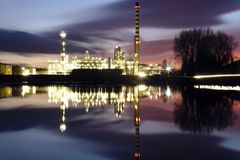