Portugal sold €2.5-billion ($3.3-billion) of bonds on Wednesday, marking the country's first long-term debt issue since it was bailed out in 2011 and putting it on track for a full market return that may open its way to more aid.

The Oct. 2017 bond was sold for a yield of 4.891 per cent and 93 per cent of it was snapped up by foreign investors, Treasury Secretary Maria Luis Albuquerque said. Demand reached €12-billion.

"Today was a fundamental landmark in the process of returning to long-term debt markets, an objective which demands continuous work and determination," she told journalists.

Under Portugal's €78-billion bailout from the European Union and IMF the country was envisaged to return to finance itself in bond markets in the second half of this year.

"This was a clear recognition of the transformation Portugal has carried out, not only on public finances, but also on the general economy," said Jose Brandao de Brito, chief economist at Millennium bcp.

Portugal last paid 6.4 per cent to sell five-year bonds in a placement before its bailout two years ago. Its outstanding 2017 debt was yielding 4.93 per cent in the secondary market on Wednesday, the lowest level since late 2010.

The sale should move Portugal closer to getting more support from the European Central Bank, if needed.

The ECB's program of bond purchases, known as Outright Monetary Transactions (OMT), is only available to countries that have normal access for long-term bonds and have asked European authorities for help.

The ECB has yet to buy any bonds under the scheme, which was announced in September, although its pledge to support struggling euro zone states has helped drive yields on their debt sharply lower.

"They need the OMT qualification to lower borrowing costs further. They'll still need to issue more debt like this before they get full market access, but then they should fit into the ECB criteria as they are still under bailout," said Orlando Green, a debt strategist at Credit Agricole in London.

The bond sale was the culmination of months of improving sentiment over the general euro zone debt crisis and specifically on Portugal's ability to meet the strict goals of its bailout through reforms and cost cutting. Its lenders have praised its performance in six reviews so far.

The country's 10-year bond yields have plummeted to 5.82 per cent now from 18 per cent a year ago.

"This concrete step of issuing five-year bonds shows that credibility and confidence have been recovered and that falling financing costs will have a positive impact on the Portuguese economy, its companies and its banks," said Ms. Albuquerque.

She said the country will seek to take opportunities when available to issue more bonds, with the aim of reconstructing the entire yield curve.

"Obviously the success of today's issue will make it easier for Portuguese banks to access international debt markets, if they seeks this source of financing," said Brandao de Brito.

Although market sentiment towards the euro zone periphery has become more positive, worries persist about the economy, which remains mired in its worst recession since the 1970s, weighed down by austerity under the bailout.

That means its window of opportunity in the bond market may be small, warned Ioannis Sokos of BNP Paribas.

"It's a good chance to take advantage of the market momentum, and this may not last forever, as we have elections in (peripheral economy) Italy coming (in February)", Mr. Sokos said.

The Portuguese face the highest tax hikes in living memory this year as the government raised taxes to ensure it meets budget goals. But there are looming risks, such as several legal challenges in the Constitutional Court against the government's tax hikes.

Neighbouring Spain, still seen as a potential candidate for a bailout, successfully sold a €7-billion 10-year bond on Tuesday, while Ireland, whose EU/IMF rescue preceded Portugal's, has already sold bonds ahead of a planned exit from its bailout.

Portugal made its first step towards a market return in October, when it swapped bonds expiring this year for 2015 debt.

Ireland, which returned to debt markets with a similar transaction a year ago and became the first bailed-out country to sell new long-term debt in July, sold another €2.5-billion of the same five-year bond this month at a yield of just 3.32 per cent. 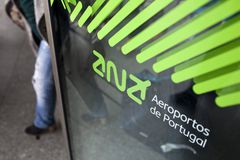 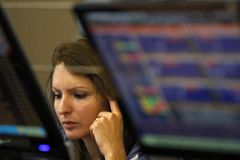