Avison Young (Canada) Inc. has opened 50 offices in the United States in the past five years, but that's only part of the expansion plan being done on the company's own terms.

"We have added 1,300 people in the U.S. We have added six offices in Europe," and offices in Asia are due to come in a year or so, said Avison's chief executive officer Mark Rose.

But the expansion is happening as the company holds fast to a strategy of staying privately owned, rather than tapping the stock market like so much of the competition.

Since 2008, when he came on board, during the worst of the economic downturn ("Pretty much the world was falling apart," he said), Mr. Rose transformed the Canada-centric company into a North American and, recently, multicontinental player with its current European expansion.

Commercial real estate is itself going through a cultural change. It's typically seen as a local business, no matter how global the companies involved. Real-estate service still involves managing individual properties in specific locales, or the feet-on-the-ground work of appraising property, or negotiating deals, or project troubleshooting, often all of the above.

Yet increasingly, multinational landlords and global tenants have been looking to real-estate service providers that are equally international. So for real-estate service companies to compete, it's not so much about fitting into new markets, but into the global market. It enables a big service provider to say to its international clients that it will find them a property to buy, help them lease it, manage it for them, and be their asset manager, those in the industry say.

But unlike Avison Young, real-estate service companies, such as CBRE Group Inc. and Jones Lang LaSalle (JLL) Inc., have been drawn to the stock market and have gone public. Speculation among analysts and industry watchers is that privately held Cushman & Wakefield Inc. is also on the verge of going public, given its recent merger with DTZ.

"The commercial real-estate industry as we know it has undergone over the last 10 to 15 to 20 years some very significant structural changes. As a result, the real-estate business broadly used to be privately owned, deal-driven and opportunistic. [It's now] migrating into the public markets and becoming a larger, more viable investment asset class," said analyst Ross Smotrich at Barclays in New York.

Commercial real-estate investors and commercial tenants have become larger and more corporate. "And so you've got this very interesting convergence of an industry that is becoming more, on the one hand, complicated – but on the other hand, more of an operating business than an entrepreneurial, one-off-deal business," Mr. Smotrich said.

Avison Young is portrayed by its CEO, however, as the alternative to a publicly owned real-estate service company. He sees Avison Young as staying structured like private, professional service providers in other sectors, such as multinational accounting and consulting firms and the largest law firms.

His position is that so many privately held professional services firms, the Deloittes and Ernst & Youngs of the world, allow for much longer time frames for their business, such as 10-year horizons, rather than having to measure success by each public quarterly report every 90 days.

Mr. Rose was part of that world previously, particularly with his background in the merger of Jones Lang Wootton and LaSalle Partners in the U.S. to create publicly traded JLL.

Not taking Avison Young public affords "us the opportunity to be very, very different. What we've done is we've aligned ourselves with clients over an extended period of time," he said.

It also means that Avison Young is somewhat of a lesser known quantity among analysts and the financial community. Going public would mean opening its books. In the corporate world, transparency can help increase credibility and reduce questions, some financial analysts argue.

Aside from management style, there is the question of financing expansion. Avison Young has required committed capital to go on its aggressive, rapid expansion spree, not just in the United States but, since 2014, in Europe and, according to Mr. Rose, into Asia within 12 to 15 months.

The money, he explained, has come from "millions of dollars" in savings from not needing a public-company infrastructure tending to shareholders. Also, the principals (effectively the partners in the company, but technically principals given the structure of Avison Young, Mr. Rose explained) have put in "tens of millions."

"And then in 2011, we received an equity injection from private equity, a company called Tricorp Pacific Capital [Inc.] out of Vancouver, who also injected many tens of millions of dollars into our company," he said. The company also has some debt, but is "debt averse," Mr. Rose said.

Another factor was the larger economic picture. In 2008, when real estate, especially in the United States, was in jeopardy, Avison Young saw room for rapid expansion, which it latched onto quickly.

"As a matter of fact, the strategy was written to take advantage of the fact that the world was falling apart," Mr. Rose said. 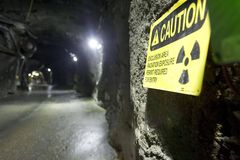 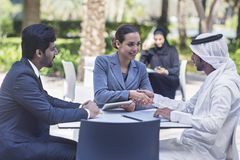