The meltdown at Japan's Fukushima power station unleashed a wave that threatens to swamp the nuclear industry's much-hyped global renaissance, although many governments insist nuclear remains a favoured option as they face hard choices over future energy supply.

German Chancellor Angela Merkel jolted the nuclear industry on the weekend with her announcement that Europe's industrial powerhouse will close all 17 of its nuclear reactors by 2022, pulling the plug on a technology that until recently supplied Germany with 23 per cent of its power.

The announcement is bound to send further shock waves through an industry grappling with the consequences of the Fukushima disaster. It will certainly cause casualties - both directly as some governments back away from their nuclear ambitions, and indirectly, by forcing the industry to improve its safety technology, further raising the already daunting price of new reactors.

Should governments move away from nuclear energy on a large scale, it's not clear how they will make up for the loss in capacity without relying more heavily on fossil fuels such as coal and natural gas, which experts warn are key contributors to an impending climate catastrophe.

Environmentalists are urging consumers to be more efficient in the way they use energy, while calling for heavy investment in renewable energy sources such as wind and solar. But as potentially devastating as they are, governments, industry and utility planners for the most part remain more comfortable with the risks posed by nuclear power than the uncertainties of relying on an entirely re-engineered system.

In short, the nuclear era is far from over. But the fact remains that the crisis at the Japanese plants has reawakened fears that had dissipated in the years since the Chernobyl disaster in the former Soviet Union.

Indeed, the nuclear industry has lately insisted that there is a renaissance in interest in its product. The key to that resurgence lies not in Germany but elsewhere, in nuclear-dependent France and Sweden, and in the United States, China, India and South Korea - all of which are pursuing ambitious nuclear construction programs. Southeast Asia and the Middle East, where governments in emerging economies like Malaysia and Turkey have embraced nuclear energy, are also key to the industry's future.

In Canada, Ontario remains committed to a policy that has resulted in nuclear plants supplying 50 per cent of the province's energy, compared with 15 per cent in the country as a whole. Both the governing Liberals and opposition Progressive Conservatives endorse a plan to build two new reactors and refurbish aging ones. Quebec - which is blessed with abundant hydro power - is meanwhile backtracking on a plan to retool its Candu reactor at the Gentilly-2 plant.

Has Germany Set a Precedent Other Countries Will Follow?

Ms. Merkel's announcement was, in fact, a reversal of a decision made only a year ago to extend Germany's nuclear era. Under the influence of a popular Green Party, Germany had planned to shut down its reactors, but Ms. Merkel passed legislation just last year to allow utilities to extend the life of existing plants.

In the wake of the Fukushima disaster, her weekend decision essentially reverts to a previous plan to shutter the country's reactors by 2022. Industry experts do not expect other governments to follow suit, noting that the German government is known for its ambivalent attitude toward nuclear energy. Said Greg Barnes, an industry analyst with TD Securities Inc.: "Germany has long been regarded as 'weak' on nuclear power and was not expected to be a significant factor in reactor growth over the medium to longer term."

Hans Blix, former head of the International Atomic Energy Agency, said he is sticking to his view that the Fukushima disaster will prove to be a "bump in the road, but not the end of the road" for nuclear power around the world.

But Germany's about-face nonetheless illustrates the new level of caution with which governments are approaching nuclear power. Reporting last weekend, a government-appointed German commission urged the total withdrawal from nuclear energy, saying Fukushima "demonstrates the limitations of human disaster-preparedness and emergency measures." It said risk levels are unacceptable given the existence of other, safer alternatives.

And while other governments may want to proceed with plans for new reactors, citizens may make their own risk assessment and throw up roadblocks when utilities look for regulatory approval.

At the very least, the Japanese disaster will force the industry to increase its level of safety, forcing costly design changes. "As the industry was attempting to put the renaissance into practice, you were seeing the cost estimates just going up and up and up," said Mark Winfield, a professor of energy and environment at York University.

"So the renaissance was already in some difficulty before this happened, but this is clearly taking it to a new level."

How is the Global Nuclear Industry Responding to Fukushima?

Though no one in the industry wants to publicly blame Tokyo Electric Power Co., which owns Fukushima, they will point out that the plant was 40 years old and was not built to withstand the devastating combination of massive earthquake and giant tsunami that overwhelmed its emergency systems. Ontario Power Generation chief executive Tom Mitchell is chairing a committee of the World Association of Nuclear Operators to examine the Fukushima accident and offer recommendations to the industry.

Around the world, regulators have ordered operators to reassess their safety systems. In the United States, the Nuclear Regulatory Commission found that nearly a third of the country's 104 nuclear plants are ill-prepared to meet serious and simultaneous emergencies.

In a report to the Canadian Nuclear Safety Commission filed last Friday, Ontario Power Generation, the provincially owned utility, said there were "no significant safety issues requiring immediate corrective or compensatory measures" at its Darlington and Pickering stations east of Toronto. But it added it would reduce the risk of fire by speeding up the installation of equipment needed to vent hydrogen, the buildup of which caused explosions that were a significant factor in the disaster at Fukushima. OPG will also review the way it stores contaminated fuel rods to lessen the risk should fire break out.

Industry officials point out that new reactors have safety features that did not exist at Fukushima, including cooling systems that rely on gravity rather than an outside power source, the failure of which was another critical factor in the accident at the Japanese plant.

What Impact Would Nuclear's Decline Have on Climate Change?

Most government and industry experts have concluded that nuclear energy is a critical component of the effort to reduce carbon dioxide emissions and limit the impact of climate change. In its scenario for reducing greenhouse gas emissions by 50 per cent by 2050, the International Energy Agency says nuclear's share of the global power supply would have to grow to 24 per cent from 14 per cent currently to achieve that goal.

Some environmentalists are willing to accept that nuclear power should play a significant role in mitigating the effects of global warming, but most still oppose it, citing concerns about safety, waste management and weapons proliferation.

Graham Saul, executive director of Climate Action Network Canada, noted that nuclear energy would not be commercially viable if the industry were required to cover its liabilities. Like most industrialized countries, Canada has legislation that caps liabilities in the event of accident.

Germany's move to shutter its nuclear plants is a vote of confidence in the renewable energy industry, which is generally seen by governments and industry as incapable of providing a base load of reliable and affordable power.

"You see a lot of naysayers out there saying its too expensive and it can't be done. But now you are seeing a country saying it can be done," said Kent Brown, chief executive officer of BluEarth Renewables Inc., a Calgary-based startup that is investing in wind and other green power projects. "This is an example of a developed country with a commitment to renewables."

Germany plans to cut its power consumption and rely more heavily on offshore wind, as well as solar, and is confident that it can make the transition over a reasonable period of time. It says it will sharply increase the amount of renewable energy in its portfolio from the current 17 per cent, while cutting power consumption by 10 per cent through conservation measures.

In Ontario, where most of Canada's nuclear plants are located, it would actually be easier to shift to renewables than in Germany, said Tim Weis, director of renewable energy and efficiency policy at the Pembina Institute, a Calgary-based environmental think tank. That's because Ontario has fewer consumers than Germany and more reliable renewable-energy resources - mainly wind and sunlight.

But critics say renewables remain too unreliable and expensive to provide secure, base-load power - and will remain so until major technological advances are made that allow energy from inconsistent sources to be economically stored and recovered.

Andres Carlgren, Sweden's Environment Minister, criticized the German plan as "unrealistic." All it means, he said, is that Germany will now have to rely more heavily on coal and on imports of nuclear-generated electricity from France. 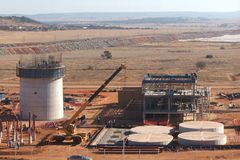