Italy moved with alarming speed from the fringe of the European Union's financial crisis to its very centre as efforts to prevent the debt contagion from spreading beyond Greece, Ireland and Portugal failed, even threatening to engulf the United States.

Plunging prices for trading in Italian debt presented Brussels with a nightmare scenario: The potential bailout of the third-largest economy in the euro zone could be unaffordable and could result in the destruction of the common currency.

The spread to Italy is disturbing evidence that even the largest economies, none of which seemed to share any of the worst economic traits of Greece, are not immune from investors' fears that debt loads are simply becoming too big to be paid off. Waning growth in the Western world is only intensifying the belief that debt defaults may be inevitable, a potentially catastrophic scenario that would slaughter the banks and cut off the credit required to keep companies functioning.

Markets fell around the world on Monday, hitting virtually every stock index and commodity. Oil lost 1 per cent, an indication that the markets think the debt crisis will crimp global growth. The euro took a beating, losing 1.5 per cent against the dollar. The failure among EU finance ministers to agree on new bailout terms for Greece added to the tension.

EU finance ministers, who met Monday to discuss Greece ahead of a regularly scheduled session, reiterated their vow to safeguard financial stability and said they are prepared to bolster "the scope and flexibility" of the existing bailout fund, known as the European Financial Stability Facility. The changes, they said in a statement released Monday night, would lengthen the bailout loan maturity dates and drop their interest rates. Greece has already been treated to lower bailout loan costs.

Whether new bailout terms will help Greece or other rescued countries avoid default remains an open question. Many economists believe nothing but a default, followed by debt reduction of 50 per cent or so, would allow Greece to support its debt.

The Italian bond selloff, coupled with rapidly sinking Italian bank share prices, sent European leaders into damage control mode on Monday. German Chancellor Angela Merkel, whose country is the single biggest contributor to the bailouts of Greece, Ireland and Portugal, urged Italy to take rapid action to contain the crisis. "Italy must send an important signal by agreeing on a budget that meets the need for frugality and consolidation," she said at a press conference in Berlin.

Italy's economy is as big as Britain's and bigger than Canada's. Most economists think it would be too big to bail out. Italy's turmoil "adds a new ingredient to Eurostress," Deutsche Bank economist Gilles Moec said.

A group of European banks that own the battered debt of Greece and other weak countries pleaded for the EU to buy back the debt. "It is essential that euro-area member states and the [International Monetary Fund]act in coming days to avoid market developments spinning out of control and risk contagion accelerating," the banks said in a paper presented Monday to finance ministers of the euro zone, the 17 EU countries that share the euro.

Giulio Tremonti, Italy's embattled finance minister, said he would "send the markets a strong signal," promising that measures to reduce the budget deficit would be "armour-plated" and approved by parliament within a week, an extraordinarily quick pace by Italian standards.

The Italian cabinet recently approved €47-billion in spending reductions and tax hikes between now and 2015, but the bulk of the austerity program comes in the last two years, leading to speculation that Mr. Tremonti will be forced to accelerate the program to scare off the investors who are betting that the Italian debt markets have nowhere to go but down.

Italy was supposed to be contagion-proof and some economists think the plunging bond prices are unwarranted even if the Italian economy has stalled and the political landscape is unstable, thanks to Prime Minister Silvio Berlusconi's never-ending sex and corruptions scandals.

They note, for instance, that Italy's budget deficit - the difference between the amount it takes in and the amount it spends - is expected to be only 4 per cent of gross domestic product this year, down from 4.6 per cent in 2010. Italy's 2011 figure is below the euro zone's average expected deficit and well below Britain's (7.6 per cent) and the United States's (10.4 per cent), according to the latest Deutsche Bank forecasts.

But Italy's many other problems have attracted the attention of the debt-ratings agencies and the investors who think they can make fortunes by betting against Italy's bonds and banks. The problems range from open warfare between Mr. Berlusconi and Mr. Tremonti over the required severity of the austerity program - Mr. Berlusconi wants lower taxes - to an overall debt load second only to Greece's, at 120 per cent of GDP. Italy's market debt is €1.6-trillion.

Italy's bond prices have been waning since Greece was bailed out 14 months ago, sending bond yields, or interest rates, ever higher (bond prices and yields move inversely), but never to the point of genuine crisis. The downward pace accelerated in mid-June, when the debt-ratings agency Moody's put Italy's bonds on debt alert, meaning it was likely to downgrade their creditworthiness. The bond prices went into virtual free fall last week.

According to economists and investors, the trigger events were the downgrading of Portugal's debt to "junk" status last week; the slow pace of launching Greece's second bailout as the first bailout, worth €110-billion, proves insufficient to prevent a default; Italy's renewed flirtation with recession as growth dips; and a plainly uncompetitive economy that, like Portugal's, has proved resistant to reform since the euro was born a dozen years ago.

The sense that the debt crisis is spreading beyond Europe and about to grip the United States, where budget talks are in stalemate as the government bumps into its borrowing limits, has only fuelled the debt-contagion fires.

Last week, the yields on Italian sovereign bonds hit their highest level since 2002 while Spanish bond yields came close to their recent record highs. Italian banks, which own almost a third of the country's sovereign debt, took a beating on the stock market. UniCredit, one of Europe's biggest banks, fell nearly 20 per cent last week and lost another 6 per cent on Monday, taking the one-week loss to an astounding 24 per cent. Mediobanca, Italy's biggest investment bank, lost 3.7 per cent last week and dropped another 4 per cent on Monday.

Italian bond yields have climbed from 4.62 per cent to 5.55 per cent in just five weeks, a record pace. The last time Italian yields were above 5 per cent was in November, 2008, at the very height of the financial crisis. "What would keep me awake at night if I was a European finance minister is that we are only about 2 per cent away from a potential disaster scenario," said Gary Jenkins, fixed-income analyst in London with Evolution Securities.

He was referring to the ominous 7-per-cent yield mark. The bailouts of Greece, Ireland and Portugal all happened after their bond yields surged to 7 per cent, a level that is considered unsustainable. In a note published Monday, RBC Capital Market strategist Peter Schaffrik. called Monday a "historic day for Italy" as its bond yields reached record highs, threatening the rest of Italy's planned bond sales this year.

Mr. Schaffrik said that Italy is running short of options as the debt crisis it did not expect suddenly comes on strong. "We are not very optimistic that a grand solution can be presented that will put the Italian genie back in the bottle," he said.

€176-billion - The amount of Italian bonds that mature by December.

6.33% - Share of Italian bank assets that is the country's government bonds, a higher figure than 5 per cent for Spanish banks. In the euro area Italy is second only to Greece, where banks holds government debt equal to 10 per cent of their assets. 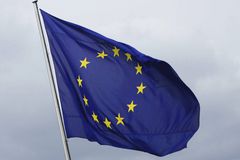 Italy at risk of being swept into euro zone turmoil
July 11, 2011 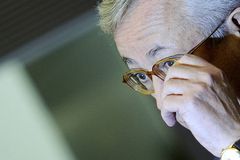 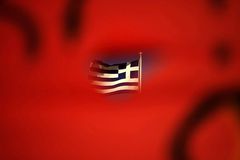 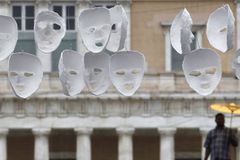 Portugal poisoned by Greece in cut to junk status
July 6, 2011 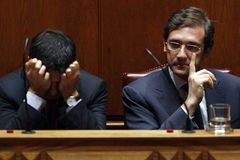