Global copper goliath Chile says Chinese demand for the metal is holding up despite a slowing of China's economic growth, signaling a continuation of market dynamics that have driven consumption for over a decade.

"We have not seen a relevant decrease with respects to the Chinese market," Chile's deputy mining minister, Pablo Wagner, said by telephone from Santiago.

Mr. Wagner pointed to forecasts for a rise in overall copper exports in 2012 of between 5 per cent and 6 per cent over the year-earlier period. "Signs of demand, shipments and inventories, continue to be solid."

Chile exports about 53 per cent of its copper to China, giving it one of the clearest insights into the demand patterns of the giant Asian economy that has devoured the red metal as it fuels booming economic growth and urbanization.

Chile is also home to the world's largest copper company, state miner Codelco, which is a key business partner of China.

Mr. Wagner said demand in China is being driven by its telecommunications and energy industries, and could pick up steam with new home construction.

"Our copper exports will be greater this year than in 2011, and obviously that is being driven to an important degree by China," he said.

China moved to slow its economic growth in recent months, adopting policies to fight inflation, which grounded some infrastructure and construction projects.

But experts point to signs it could loosen controls again, like it did earlier this month when China's central bank cut benchmark interest rates by a quarter of a percentage point.

It was the first such cut since 2008, bringing the one-year borrowing rate to 6.31 per cent, giving a small, albeit shortlived boost to the prices of key commodities it consumes, like copper.

Copper prices have retreated sharply from record levels of a year ago, but they are still trading several times higher than in the early 2000s, before China started its spending spree for the metal used in everything from electrical wiring to plumbing and roofing materials.

Mr. Wagner predicted on Monday that prices will end, on average, between $3.50 (U.S.) per pound and $3.70 per pound this year, still well above the cost of production – ranging between $2 per pound and $3 per pound for higher-cost producers.

By comparison, copper was trading on Monday at around $3.30 a pound after rising to $4.65 per pound in February last year.

The price dipped to 60 cents a pound in 2003, before the so-called supercycle of demand for commodities started picking up steam.

Because the metal is so widely used in modern economies, experts have dubbed it Dr. Copper, with its price ebbs and flows often a key indicator of whether an economy is heading toward growth or a slowdown.

"We continue to see a price trajectory for strong, relevant and solid copper prices," said Mr. Wagner, recently returned from a week of meetings with investors in Toronto and New York to attract interest in an entirely different mineral that Chile dominates, lithium.

Chile's lithium production has been controlled by just two companies for about three decades now, but it moved earlier this month to open the sector, offering concessions in some 50 brine pools and deposits in the nation's arid north.

Since the bidding was opened on June 11, Mr. Wagner said some 30 companies have picked up bid packages. 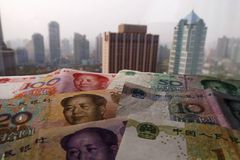 BHP Billiton hints at Jansen potash mine delay
May 30, 2012
The Chinese resource supercycle slows down
May 26, 2012 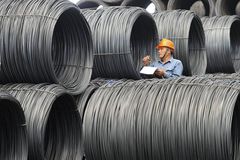