The U.S. government has filed a lawsuit seeking to stop Anheuser-Busch InBev SA from buying the half of Mexican brewer Grupo Modelo that it does not already own, saying the $20.1-billion (U.S.) deal could mean higher U.S. beer prices.

The government's move calls into question the future of one of the biggest deals of 2012 and a related deal that was set to change the fortunes of the world's largest wine company, Constellation Brands Inc. Shares of all three companies fell sharply on the news.

Despite a huge array of beers on store shelves, the beer market is dominated by two big players.

The top seller is AB InBev, which has 200 brands ranging from big names like Budweiser and Stella Artois to craft-style beers like Shock Top and Goose Island. The No. 2 player is MillerCoors, a joint venture between SABMiller PLC and Molson Coors Brewing Co.

This market dominance would seem to give the big companies the power to raise prices. But, when they did, the smaller Modelo, with its popular Corona beer, often refused and took market share, the Justice Department said.

For example, Modelo declined to raise prices in California in 2010 and was "eating [Budweiser's] lunch," according to an AB InBev document quoted in the Justice Department complaint aimed at stopping the proposed transaction on the grounds that it breaks antitrust law.

AB InBev, which announced the deal for Modelo in June, said it will fight the Justice Department in federal court and called its decision to sue "inconsistent with the law, the facts and the reality of the market place."

Trading in Constellation Brands, which would have become sole owner of the company that distributes Modelo beers, was halted after it dropped 23.8 per cent. It later resumed and closed down 17.4 per cent at $32.36.

AB InBev's stock was the worst performer in the FTSEurofirst 300 index of leading European blue-chips,, closing down 7.8 per cent at €63.90 ($86.81), just above a three-month low hit shortly after the Justice Department's statement.

Shares of the Mexican brewer Grupo Modelo, the largest in the country, fell to a seven-month low, down 9.5 per cent to 105 pesos ($8.26) on the Mexican exchange. It later recovered a bit and ended the day at 108.50 pesos.

"This is a very well-drafted complaint with quotes from what appear to be very damaging documents along with solid market share data," said Rob Davis, an antitrust attorney with Venable LLP. "If the division is able to prove what they say they can, then this looks like a very hard case for the parties to win."

A second expert agreed, but cautioned: "AB is going to have arguments. And I don't know what they are....This is a serious complaint by a very serious assistant attorney general."

A court battle could drag on for months, during which time deals often fall apart.

The lawsuit potentially pits the Justice Department's antitrust division against a recent former chief of that division, Christine Varney, who stepped down in 2011 to return to private practice and was among the lawyers who counseled Modelo, according to her law firm's website.

Like others who leave government service, Ms. Varney was seen as a catch for her new firm, Cravath Swaine & Moore, in part because of her expected ties to those still in government.

In 2011, the Justice Department allowed VeriFone to buy Hypercom in a settlement that it reached after suing to block it.

AB InBev, formed in 2008 when InBev bought Anheuser Busch, was the top U.S. brewer with 47 per cent of the U.S. beer market going into the Modelo deal.

Because of its size the company meticulously crafted an agreement under which AB InBev would sell Modelo's 50 per cent stake in Crown Imports, its U.S. distributor, to Constellation Brands for $1.85-billion. Constellation was already Modelo's partner in Crown.

Grupo Modelo is the top beer maker in Mexico. It also makes Negra Modelo and Pacifico.

AB InBev said that since it would sell Modelo's stake in Crown, its U.S. market share would be unchanged.

Through ownership of Crown, Constellation Brands would have control of the Modelo beers in the United States, including pricing, marketing and distribution. But it would buy the beer from AB InBev, and critics note that a seller usually bases their retail pricing on the cost of its products.

The supply of that product, beer, is governed by an agreement between Crown and Modelo.

In a document cited in the Justice Department complaint, an ecstatic Crown chief executive officer Bill Hackett wrote to his employees after the deal was announced, "Our No. 1 competitor will now be our supplier. ... it is not currently or will not, going forward, be 'business as usual.'"

Bill Baer, assistant attorney general in charge of the Department of Justice's antitrust division, said that AB InBev had been told with a telephone call on Thursday morning that the department would file a lawsuit to stop the transaction.

"We had frank and candid discussions," he said. "We were just too far apart."

The deal is also opposed by small brewers, who were concerned that a more powerful competitor could make it harder for them to get their beers distributed.

Beverage industry consultant Tom Pirko, of Bevmark Consulting in Santa Barbara, Calif., said he thinks AB InBev should be able to reach a deal with the government if it agrees to change the supply agreement to allow for stricter price management.

"How do you strengthen that provision to make absolutely certain that the control of pricing on the shelf is such that they can't use Crown as a pawn?" he asked.

Constellation, one of the world's largest wine companies, will be the big loser if the deal falls apart, said Morningstar analyst Kenneth Perkins.

"I think ABI probably anticipated some pushback so they probably have a Plan B and a Plan C," he said. "The downside for Constellation is more significant. The Crown deal was pretty good for them. This would be a huge loss."

But Andrew Holland, a drinks analyst at Société Générale SA, noted that the major attraction of the deal was that AB InBev hoped to take advantage of Modelo's fast-growing Mexican business.

"If the deal fails it's awful. I'm sure they will try to find something that satisfies the DOJ," he said.

A combined company would bring together seven of the top 10 most-valuable brands in the world. 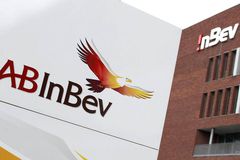 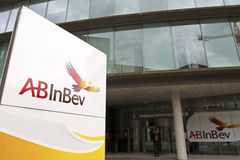 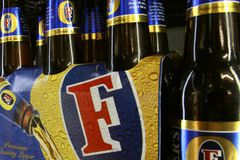 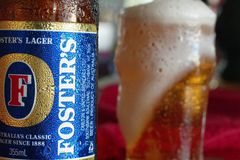