For America, 2012 will go down in history as the year of the Latinos, the blacks, the women and the gays. That rainbow coalition won President Barack Obama his second term. This triumph of the outsiders is partly due to America's changing demographics. And it is not just the United States that is becoming more diverse. Canada is, too, as is much of Europe.

That is why it is worth thinking hard about how to make diverse teams effective, and how people who straddle two cultural worlds can succeed. Three academics, appropriately enough a diverse group based in Asia and America, have been doing some provocative research that suggests that our ability to comfortably integrate our different identities – or not – is the key.

In "Connecting the Dots Within: Creative Performance and Identity Integration," Chi-Ying Cheng, of Singapore Management University, Jeffrey Sanchez-Burks, of the Ross School of Business at the University of Michigan, and Fiona Lee, also at the University of Michigan, argue that ethnic minorities, and women in male-dominated professions, are most creative when they have found a way to believe that their "multiple and conflicting social identities are compatible." "We tried to see how people who have to deal with seemingly in-conflict culture or gender identities cope," Dr. Cheng told me. Their conclusion was that people who have found a way to reconcile their two identities – Asian-Americans, for example, or women who work in male-dominated jobs like engineering – are the best at finding creative solutions to problems.

"Those who see their identities as compatible, they are better at combining ideas from the two identities to come up with something new," Dr. Cheng said. "While those who also share these two social identities, but see them as being in conflict, they cannot come up with new ideas." Drs. Cheng, Sanchez-Burks and Lee devised a research strategy to probe this issue that you do not need a PhD to appreciate: They asked Asian-Americans to invent new fusion cuisine dishes using both typically Asian and typically American ingredients, and they asked female engineers to design products geared specifically to women. In both cases, people who were at peace with their dual identities performed better.

"Asian-Americans who had higher bi-cultural integration could create more creative recipes, and they believed it was possible to come up with more recipes," Dr. Cheng said. "By contrast, Asian-Americans who feel their two identities are in conflict cannot come up with as many creative recipes." Dr. Cheng has her own experience of being a minority. She is from Taiwan but went to graduate school in the United States; she is a woman but has taught in the male-dominated environment of graduate business schools. She does not minimize the challenge of coming to terms with this sort of diversity.

"People who have high identity integration, it is not that they are more easygoing. It is that they find peace between the two different worlds," Dr. Cheng said. "It is not that easy. Pretending doesn't work. There has to be real understanding and integration between the two worlds. They find a way for the two worlds to co-exist inside a person." This academic work is a useful prism for understanding the man who may be the world's most prominent integrator of two potentially conflicting identities: Mr. Obama. He has gained admission to what used to be the most exclusive white club of all, the White House, while remaining patently at ease with his black identity.

As Dr. Cheng advises, Mr. Obama does not ignore the complexities of straddling these two worlds: He governs with an acute awareness of the particular challenges a black skin poses for the man Americans still like to describe as the leader of the free world. But the President is also deeply at ease with his various identities, a psychological state that may help him use them to powerful effect – as in the election campaign, when he rallied pretty much all Americans who think of themselves as different.

The conclusions of Drs. Cheng, Sanchez-Burks and Lee suggest a tantalizing follow-up question: How can we achieve the personal integration these scholars have identified as crucial to making a virtue of diversity? Further research by Dr. Cheng offers one answer: "You can integrate your identities if you have positive bi-cultural experiences. The macrosystem can influence the microsystem." In other words, if the world around us tells us our dual identities are compatible, we will believe that, and act accordingly. If female engineers work in a company that treats their gender as a virtue, they will do better. If Asian-Americans live in a community that celebrates both aspects of their identity, they will be more effective.

America's rainbow coalition won at the ballot box this month, but in other settings, the nation has become a little weary of diversity-cheering movements like multiculturalism and even explicit feminism. Dr. Cheng's work suggests that cynicism may be misplaced. Diversity can work, but we have to work at it. 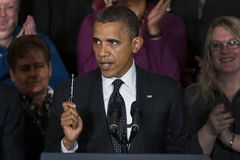 Opinion
Why income inequality is here to stay
November 15, 2012 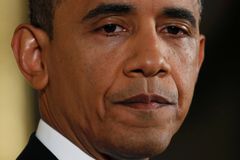