After Toys "R" Us Inc.'s quick descent into bankruptcy shocked debt traders, investors are picking through an overleveraged industry and asking which other retailers will struggle to harness their debt.

Apparel and accessories chains including J. Crew Group Inc., Claire's Stores Inc. and Nine West Holdings Inc. are already on creditors' radar because, like the toy retailer, they have large debt loads, looming maturities and weakening results that could force a restructuring at some point. The remaining question for a lot of them is, will it be in or out of court?

"There's room for a lot of shake-out," Moody's Investors Service analyst Charlie O'Shea said. "There's a lot of retailers out there where you say if they disappeared tomorrow, would they be missed? Or could their position be absorbed by someone else? And the answer to that question is definitely, 'Yes.'"

U.S. retailers have been under duress for years with the rise of online shopping and new brands winning over shoppers. But the chains with heavy debt – much of it from leveraged buyouts similar to Toys "R" Us – have been able to push off a reckoning because a decade of low interest rates and central bank stimulus have kept credit markets wide open, Mr. O'Shea said.

But this frothiness won't last forever. The U.S. Federal Reserve has started hiking interest rates and said on Wednesday it would begin winding down a $4.5-trillion (U.S.) balance sheet that's pushed investors into riskier assets.

Even before Toys "R" Us filed for Chapter 11, more large chains had declared bankruptcy this year than any since the recession. Moody's now rates 22 retailers and apparel companies as distressed, more than during any point of the financial crisis.

Nine West, owned by Sycamore Partners, is engaged in talks with its creditors to address a $1-billion maturity wall in 2019. Apollo Global Management-owned Claire's, and J. Crew, a portfolio company of TPG Capital and Leonard Green & Partners, have both recently undertaken distressed-debt exchanges and complex capital-structure manoeuvres in an effort to buy time. But both will likely have to take more comprehensive steps to solve their long-term problems, according to Bloomberg Intelligence analyst Noel Hebert.

As the make-or-break holiday season begins, more names are inching closer to distress. Department store Belk Inc. was just slapped with a ratings cut from S&P Global Ratings as its performance declines with the broader retail environment. It's now rated B-, six levels below investment grade.

Even growing brands can't avoid the seeping impact of retail's decline. Cole Haan, the apparel and footwear retailer bought out by management and Apax Partners in 2013, was downgraded to Caa1 by Moody's in May, indicating "very high credit risk," after the ratings firm said it expected the company's cash flow would turn "modestly" negative amid weak earnings trends, despite consistent online growth. S&P has a stable outlook on the retailer's debt, which it has rated B- since 2016. That's one level above the rating at Moody's and six levels below investment grade.

Jack Boys, Cole Haan's chief executive officer, said on Thursday the company's free cash flow for the fiscal year 2017 ended June 30 was $22-million, up more than $12-million over the prior year. The increase was owing to "improvements in profitability, working capital management and steady improvements in the business," he said.

The outlook for the industry isn't promising. Shoppers have been consistently abandoning physical stores, with North American retail traffic down 5.6 per cent so far this month, according to a Bloomberg Intelligence report.

"I just don't know, with the demographics and behaviour of consumers changing the way they have, that brick[s]-and-mortar is going to work," said Bob Albergotti, a restructuring lawyer at law firm Haynes & Boone. "I'm pretty bearish" on the future of traditional retail, he said.

The stress isn't limited to apparel-focused stores. Traditional grocery stores are also starting to struggle, especially after Amazon.com Inc.'s $13.7-billion acquisition of Whole Foods Market Inc. rattled the industry. Take Lone Star Funds-backed grocery chain Bi-Lo, for example, which will probably have to restructure its debt in the next six months, according to S&P. Apollo's Fresh Market has also been hit, with its bonds plunging to record lows in recent weeks.

Toss in a pricing war brewing in many categories, including food and other staples, being driven by Amazon.com and Wal-Mart Stores Inc., and you have a stew of problems putting pressure on the retail industry's margins. There's also a record $1-trillion in high-yield debt maturing over the next five years, according to Moody's. That could result in a lot of companies in need of lenders willing to extend deadlines or take on new debt, in an environment that's less friendly to such risky deals.

"We've got this kind of maelstrom going on," Mr. O'Shea said. "You can't assume the spigot will always be as open as it is."

While Toys "R" Us CEO Dave Brandon made it clear in an interview on Wednesday that the company plans to lessen its debt burden and emerge from bankruptcy a stronger competitor, many other retailers are likely to end up liquidating, according to Mr. Albergotti.

"Frequently, you'll see that there's really no future for the business beyond the selling season," Mr. Albergotti said. "Lenders want to liquidate inventory and get as much cash as they can to sell the company and move on." 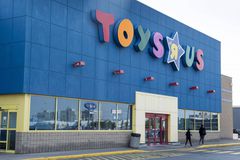 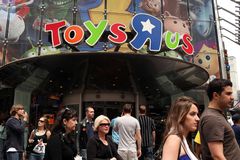