Canada Jetlines Ltd. is plotting a course for discount fares on routes it believes are being underserved or ignored by Air Canada and WestJet Airlines Ltd.

David Solloway, president of Vancouver-based Jetlines, has been painstakingly gathering data on where the country's two largest carriers are vulnerable to incursions from a new entrant.

"We will be flying point-to-point as an ultra low-cost carrier," Mr. Solloway said in an interview in a cramped office that he shares with other Jetlines executives at Vancouver International Airport.

He declined to name the markets under study, but in a recent presentation to investors, Jetlines provides a shortlist of possible routes and how its fares will undercut its two larger rivals by at least 30 per cent.

From Vancouver, for instance, Jetlines envisages non-stop service to Prince Rupert in northwestern British Columbia. It recently cost $242 for the one-way base fare on the Vancouver-Prince Rupert leg on Air Canada. Jetlines is aiming to charge as little as $87 one-way, a 64-per-cent discount.

The base fare for going one-way from Vancouver to Regina recently cost nearly $260 on WestJet. Jetlines' ticket will cost as little as $108, a 58-per-cent reduction.

Besides Prince Rupert and Regina, other potential destinations include the B.C. communities of Fort St. John, Prince George, Kamloops, Kelowna and Penticton. Other Western Canadian cities being considered include Edmonton, Fort McMurray, Alta., Saskatoon and Winnipeg. Noticeably absent on the Jetlines route map is Calgary, the home base for WestJet.

The goal is to identify routes with less traffic than that between two major cities, steering clear of routes such as Vancouver-Calgary, Calgary-Toronto and Toronto-Montreal. Non-stop service could be offered during the summer between Vancouver and a smaller Alberta airport such as Red Deer or Lethbridge, though no decisions have been made yet, Mr. Solloway said.

Mr. Solloway said regional routes where Air Canada and WestJet operate Bombardier Q400 turboprops have left the two major carriers in a weakened position because consumers prefer jet service over the noisier turboprops. Jetlines will be ordering jets that are less than a decade old, with plans to launch with two Airbus A319 jets by late spring of 2015 and gradually expand to have 16 planes in the fleet. The no-frills upstart will have a single-class cabin.

Jetlines will emphasize domestic flights in the summer and shift its focus to flying Canadians to vacation destinations in the United States and Mexico in the winter.

Mr. Solloway said Jetlines expects challenges ahead, notably from rival Jet Naked, a project headed by WestJet co-founder Tim Morgan that is seeking to raise up to $30-million in a private placement. Both Jetlines and Jet Naked would slap on fees for everything from luggage to meals.

By this fall, Jetlines expects to merge with Inovent Capital Inc. and list publicly on the TSX Venture Exchange, part of plans to initially raise $10-million under the guidance of investment banker Euro Pacific Canada Inc. Another $40-million in financing will be required even before the first flight can take off.

Air Canada declined to comment about the threat of new competition. WestJet chief executive officer Gregg Saretsky said last week that his company is well-positioned to take on the upstarts. "We might have an advantage because we're a better credit risk," he said during the airline's quarterly conference call.

Industry experts say that one of the problems in the past has been new players' ill-fated strategy to combat larger carriers on the busiest routes by offering similar departure times in a head-to-head fight, and this time, there are bound to be fierce battles off the beaten path.

"Air Canada and WestJet have a stranglehold on the Canadian market. The incumbents will match the lower fares on whatever flights are put on by the new entrants," said Rick Erickson, an aviation consultant who heads Calgary-based RP Erickson & Associates.

Mr. Solloway and Jetlines chief executive officer Jim Scott, who are two of the co-founders, have been kicking around the idea of Jetlines for the past couple of years. After the aviation industry veterans saw WestJet launch its regional Encore service in June, 2013, they became even more convinced that there is room for a new player to offer deeply discounted fares. Other key executives include Dix Lawson and Rick Lang.

The Jetlines executives are poring over spreadsheets with data on passenger loads and other information to determine where it makes sense to deploy planes and where it would be a losing battle. They are well aware that the list of failed Canadian airlines is littered with carriers that stretched themselves too thin. Canada 3000 and Roots Air closed in 2001, Jetsgo Corp. went out of business in 2005 and Harmony Airways shut down in 2007.

Jetlines will be focusing on Western Canada before branching out into markets in Central Canada. The goal starting in mid-2015 is to gradually add one jet every seven weeks in order to have a total of 16 planes in the fleet by the spring of 2017. Plans call for Jetlines to take delivery of seven 144-seat A319s and nine 178-seat A320s in its first phase of development.

Jetlines is also studying the merits of flying from secondary airports such as Abbotsford, B.C., and Hamilton because landing fees there are lower, compared with Vancouver and Toronto's Pearson International Airport. 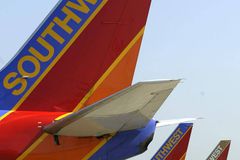