Tivat's tiny airport on Montenegro's Adriatic coast is stuffed with visitors from Russia. For them, the clean sea and hot weather are not the only attractions. They love the convenience not available to most other foreigners.

Montenegro seems to have been built for Russian travellers. For most Europeans, getting to Tivat and its resorts is a chore, because there are few direct flights. But Aeroflot and other Russian airlines offer frequent direct flights to Tivat (population 14,300). Nor do Russian visitors require Montenegrin visas; they do enter the European Union, which does not include Montenegro.

Montenegro's Russian influence is so vast it is commonly called Moscow-by-the-Sea. In 2010, a German international affairs think tank said the Montenegrin economy is "firmly in Russian hands."

That may be about to change. Montenegro is keen to join the EU and NATO and realizes that overreliance on any one country for investment capital is risky. So it is subtly trying to downgrade its image as palm-tree-studded Russian outpost.

The government is also extremely annoyed with Russia's biggest investor in Montenegro, Oleg Deripaska, the oligarch whose purchase of the KAP aluminum smelter, Montenegro's biggest industrial company, has turned into an disaster for both him and the country. "We prefer investment from the EU, that's our natural path," Tourism Minister Branimir Gvozdenovic says. "We are an EU candidate country."

Any Western visitor to Montenegro would conclude that the Moscow-by-the-Sea is an apt moniker. The signs in the ancient seaside town of Budva are posted in both the Russian and Montenegrin languages, which share Slavic roots. Montenegro has a Russian radio station.

Mr. Gvozdenovic says 30 per cent of Montenegro's visitors are Russian and real estate agents think about half of the coastal properties are Russian-owned. Russians typically have been the top investors in Montenegro but their relative influence is declining as the country opens itself up to the EU and courts the money men from the Middle East and Persian Gulf. Canada's Peter Munk, the former Barrick Gold chairman who is the majority shareholder of the €287-million ($410-million) Porto Montenegro marina, is probably the top foreign investor at the moment.

Russia and Montenegro have been intimate and cordial with one another for more than a century. Two of the daughters of Nicholas I, the last king of Montenegro, who died in 1910, were married to Russian princes. Montenegro was Russia's ally in the 1904-05 Russo-Japanese war. In the 1920s, Montenegro became part of Yugoslavia, which later joined the Allies, including Russia, in the Second World War.

In the postwar years, Yugoslavia, under Communist dictator Josip Tito, pursued a non-aligned strategy, keeping the country out of the Soviet sphere, although happy to repair Soviet navy ships at Montenegrin arsenals during the Cold War. Russia squeezed itself back into the Montenegrin fold in the late 1990s when it opposed the NATO air strikes against Yugoslavia (then limited to Serbia and Montenegro).

While Russia is not happy about Montenegro's intention to join NATO, there is little it can do about it. Russia is trying to keep a big investment presence in Montenegro, although the KAP aluminum smelter fiasco has not worked in Russia's favour. Bought by Mr. Deripaska in 2005, the smelter, which accounted for 30 per cent of Montenegro's exports as late as 2012, lost fortunes as electricity prices rose and aluminum prices fell. Hundreds of KAP workers have lost their jobs.

As KAP's debt rose to absurd levels, the Montenegrin state became the company's biggest creditor. The smelter went bankrupt last year and now the government and Mr. Deripaska are at war, with each claiming the other is responsible for the financial mess. The oligarch is suing the state for $100-million (U.S.), which has not helped Russia's reputation in Montenegro. 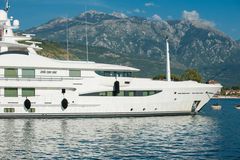 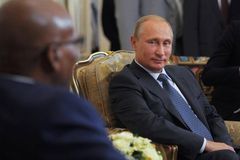