The shale gas revolution is putting the squeeze on Western Canadian producers, but it's giving local distributors an opportunity to expand their markets as consumers enjoy a windfall from rock-bottom prices.

While politicians in central Canada grumble about the economic impact of high-priced oil, the slump in natural gas prices since 2008 has shaved more than $11.8-billion off Canada's annual fuel bill, figures from Statistics Canada show.

And in Ontario and Quebec, which account for 40 per cent of Canada's gas demand, consumers paid $4.5-billion less for their gas last year than in 2008.

Montreal-based Gaz Métro plans to spend $750-million to extend its pipeline 450 kilometres along the North Shore of the St. Lawrence to serve growing industrial demand. Spectra Energy Corp.'s Union Gas Ltd. is expanding its pipeline network to bring new supply from the prolific Marcellus shale play in the U.S., and Enbridge Inc.'s Toronto-based distribution company is connecting Ontario towns that are not currently served by gas.

Industry officials say it is time for governments to wake up to the potential that North America's shale gas boom offers not only to residential consumers but also to commercial and industrial customers.

In Ontario, the Liberal government has acknowledged gas will play a role in backing up intermittent wind and solar generation and meeting peak demand, but is focusing on renewable power and electrification of the transportation system.

"The Ontario government has the standard North American view that natural gas is a bridge fuel and we disagree with that," said Timothy Egan, president of the Canadian Gas Association. "We think it is a foundation fuel that is fundamental to an affordable, clean energy future."

In Quebec – where Hydro-Québec is king and many homes are heated with electricity – Gaz Métro has received provincial financial backing for its North Shore project, which will allow industries in towns like Baie Comeau, Port Cartier and Sept-Isles to switch from expensive bunker fuel to natural gas.

"We have to be humble because we cannot see the future. But I would say we are in a golden age of natural gas right now," Gaz Métro chief executive officer Sophie Brochu said in an interview. "I believe the fundamentals will stay strong for a long time."

But there are skeptics. Just five years ago, companies were building facilities to import liquefied natural gas amid concerns that North American production was in permanent decline. Now, those import terminals are being redesigned to export LNG and other terminals are being planned.

Ms. Brochu expects that, by 2020, North America could be exporting 10 billion cubic feet of gas per day – equal to about 12 per cent of current consumption – but added that prices should remain relatively low, especially when compared to crude oil.

The U.S. Energy Information Administration forecasts that prices will remain below $5 (U.S.) per thousand cubic feet until 2025. While that's nearly double the current, depressed U.S. price, it is less than half the peak touched in 2008.

Mark Winfield, chair of the Sustainable Energy Initiative at York University in Toronto, said natural gas is a better alternative than coal or nuclear in the power system, and is better than oil in transportation. But it is still a fossil fuel – and pollution issues grow worse as the industry relies more heavily on unconventional sources like shale gas, he said.

Despite industry assurances to the contrary, Mr. Winfield said concerns remain about the impact of hydraulic fracturing in which companies shoot chemical-laced water into rock seams to release trapped gas. Those fears will only increase with the scale of drilling that is envisioned as part of the shale gas boom. He said government should focus first on conservation and efficiency.

Union Gas and TransCanada Corp. are both pursuing projects to bring more Marcellus gas into Ontario and Quebec from Pennsylvania and West Virginia. Ohio and New York are also sitting on major shale gas resources that have yet to be developed.

Union Gas president Steve Baker said politicians across North America are just coming to grips with the implications of an abundant domestic gas supply, but will have to revisit many of their energy planning assumptions. 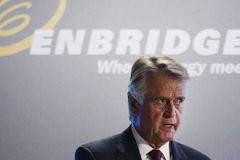 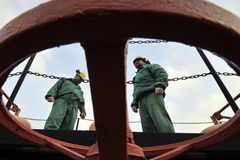 B.C. legislation would redefine framework on first nations projects
May 1, 2018 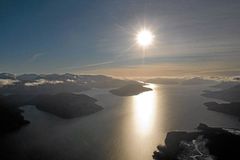 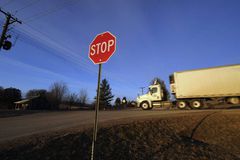 Opinion
Why a national energy strategy must look north
May 3, 2018