Former Deloitte deputy chairman and deputy chief executive officer Bruce Richmond, who was supervisory partner on the Nortel's audit prior to his retirement in 2009, testified he faced complaints from Nortel about the work of two new lead audit partners he had assigned to the Nortel file the prior year.

"They were exhibiting a style and an interest in detail that was quite different from their predecessors. That bothered them," Mr. Richmond said.

"My response at the time, and today, was that the world had changed."

Mr. Richmond is testifying at the fraud trial of Mr. Dunn, Mr. Beatty and former Nortel controller Michael Gollogly, who are accused of manipulating Nortel's accounting reserves in 2002 and 2003 to push the company to profitability and trigger bonus payments for themselves.

Mr. Richmond described an increasingly confrontational relationship that appeared to culminate with a decision in July, 2003, to launch a comprehensive review of Nortel's balance sheet that ultimately led to a restatement of the company's books in the fall of that year.

Matters came to a head when Deloitte & Touche – at Mr. Richmond's insistence – refused to allow Nortel to use $142-million of accounting reserves in the second quarter of 2003. The move would have boosted the company's profit by the same amount at a time when the telecom giant was hovering near the break-even mark and even small amounts of income were deemed to be material.

Mr. Richmond said he attended a meeting with Mr. Dunn in July, 2003, where he insisted the $142-million could not be used in the quarter because there were no "triggers" to justify the release of the reserves in that period. He also pushed Nortel to launch a comprehensive review of all its reserves to determine if more were out of date and needed to be removed from the books, he said.

"Mr. Dunn was not inclined to go down that path," Mr. Richmond said.

He said the Nortel CEO argued that the review would find no further reserve problems and the $142-million was all there was. But he was persuaded to launch the review, which ultimately led to a restatement of almost $1-billion in liabilities, including $733-million of reserves that had been misstated in the first and second quarters of 2003.

In a Deloitte client survey in July that year, Mr. Gollogly expressed his frustrations with the Deloitte auditors working on the Nortel account, the trial heard.

Crown attorney Robert Hubbard displayed a Deloitte document that appeared to summarize comments from Mr. Gollogly about the audit firm's work at the time. In the summary, the controller allegedly described the two lead audit partners as "inflexible" and "night and day" from the staff who preceded them.

"The collaborative approach to the audit seemed to have suddenly become confrontational," the summary said. "Gollogly said he didn't know why. Don and John are not in 'solution' mode."

The confrontation in July, 2003, came just three months after Nortel and Deloitte had disagreed about the company's use of $80-million of head office non-operating reserves in the first quarter of 2003.

Mr. Richmond said he agreed with using the reserves in the first quarter but insisted the number be disclosed in Nortel's press release announcing its first quarter results. He said Mr. Dunn argued against the disclosure because the number was not large, but Mr. Richmond argued it was material in terms of pushing the company into profitability for the period.

Mr. Richmond also testified he warned company officials in April, 2003, that the practice of using accounting reserves with no valid triggers had to come to an end.

"They needed to clearly understand that processing unnecessary provisions on the [income statement]in the second, third and fourth quarters was simply not acceptable," he said.

Mr. Richmond also testified about a "seminal" change in the accounting climate that occurred in 1998 and 1998 after the U.S. Securities and Exchange Commission told companies it would not longer tolerate the use of small amounts of accounting reserves to massage profits to meet earnings targets.

"Within our profession this was a huge deal," Mr. Richmond said.

He said he attended "countless" presentations to boards of directors about how companies had to stop using reserves to fine-tune their profit numbers. 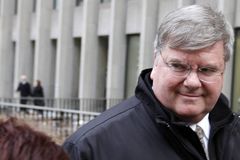 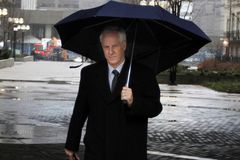 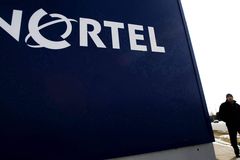