Ontario could reap more money from booze sales and consumers could pay less for alcohol if the provincial government opened up the business to more retailers, a new report found.

The study, released Wednesday by the C.D. Howe Institute, said the government is actually forgoing revenue by preserving its virtual monopoly on the sale of alcohol.

Western provinces with more competition had 7 per cent more per capita in provincial alcohol profits than those with government-run monopolies, according to the report written by two economists.

It recommends that Ontario allow wine and beer sales in grocery and convenience stores, permit beer to be sold by other retail outlets and grant licences for off-winery stores to wineries and to new wine retailers.

"These changes would increase the choices available and reduce prices for Ontario consumers, as well as improve the competitiveness of Ontario's smaller wineries and breweries and generate more revenue for the government," it said.

Ontario is the only jurisdiction in North America that limits off-site liquor sales to a chain of government stores, a single private beer retailer and a fixed number of off-winery wine stores, the report said.

The publicly owned Liquor Control Board of Ontario, which pours about $2.5-billion into provincial and federal coffers each year, sells hard liquor as well as beer and wine.

The Beer Store, run by three foreign-owned brewers, also has a quasi-monopoly of beer sales and retail distribution. It generates about $1-billion for the province in taxes.

The high costs of the LCBO – including salaries and benefits for employees – are unlikely to shrink without more competition, the report said.

There's also little incentive for The Beer Store to lower prices to consumers and commercial establishments, provide better service or give more shelf space to competing brands since it commands about 77.5 per cent of beer sales in the province, it said.

Two large vintners – including one owned by U.S.-based Constellation Brands – can sell Ontario-blended wine in retail stores the Wine Shop and the Wine Rack, but can't undercut LCBO prices. Other wineries, as well as distilleries and brewers, are only able to sell their wares through the LCBO or on site.

That gives the two big wineries a lot more retail shelf space than the other vintners, said Derek Saunders, who co-founded the Calamus Estate Winery near Beamsville, Ont.

There's also pressure to reduce prices for the premium wine they produce because the LCBO can buy cheaper wines that are popular with their customers from other sources in Chile or elsewhere, he said.

The government should allow wine to be sold in private stores, Saunders said.

"There's nobody in government bold enough to make a change that will help this industry," he said in a recent interview.

"And I repeat: this industry will collapse under the current system because we just can't sell our wine. We can't get it to the people."

Finance Minister Charles Sousa was unavailable for comment, but his spokeswoman said Ontarians are well-served by the current system.

"Last year, the LCBO generated $1.74 billion in transfers to the province, the twentieth consecutive year the agency has increased its dividend to the province," Susie Heath said in an e-mail. "This is important funding that supports vital services for all Ontarians, such as health care and education."

She noted that Ontario wines can now be sold at local farmer's markets and that a small number of LCBO boutiques are being set up in grocery stores. But the governing Liberals have steadfastly refused to open up sales of wine and beer in the vast majority of grocery stores and convenience stores.

"The strength of the LCBO model is in a balance between customer convenience and selling alcohol in a socially responsible manner," Heath said.

But the report's authors note that rather than discouraging alcohol sales, the LCBO publishes brochures touting various wines, beers and spirits. The Liberals had a committee look at alcohol retailing, but didn't act on their recommendations to open the sector to private competition.

"The quasi-monopoly enjoyed by the LCBO and TBS imposes excessive costs on consumers, restricts their menu of choices, and limits the accessibility of stores selling retailing alcohol," the report said.

"In addition, it imposes distortions on small domestic breweries and wineries and puts them at a competitive disadvantage relative to a few large Canadian and foreign producers."

Other provinces have moved away from monopolies, the report said. Quebec allows wine and beer sales in grocery and convenience stores, British Columbia will allow liquor sales in grocery stores next year and Alberta privatized the sale of alcohol 20 years ago.

Almost all retail alcohol in New Brunswick, Prince Edward Island, Nova Scotia, Saskatchewan and Manitoba is sold in government-run stores, the report said. But Manitoba and Saskatchewan allow takeaway beer sales in licensed hotels and Saskatchewan said it will allow a limited number of privately held stores to sell booze.

Convenience stores as well as those belonging to a government-owned corporation can sell beer in Newfoundland and Labrador. The provincial stores also sell wine and spirits. 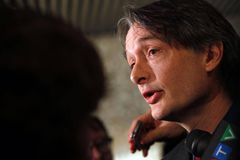 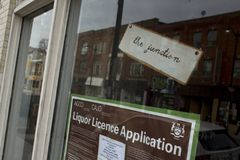