The battle over the future of the Canadian Wheat Board has heated up after the majority of nearly 40,000 prairie farmers backed a call to keep the Board's monopoly over the sale of the region's wheat and barley.

Roughly 62 per cent of farmers who voted supported retaining a single desk for the sale of wheat and 51 per cent supported keeping that system for barley. About 55 per cent of eligible farmers took part in the vote, which was organized by the board and cost roughly $450,000.

"We will fight to have this democratic decision respected and honoured, because it is the right thing to do," said board chair Allen Oberg, a farmer from Alberta. Farmers "voted in overwhelming numbers to retain a unique and valuable making structure," he said.

The results prompted a sharp backlash from the federal government and many of the farmers who boycotted the poll. Agriculture Minister Gerry Ritz questioned the plebiscite's legitimacy and said the CWB's time has passed. "No expensive survey can trump the individual right of farmers to market their own grain," Mr. Ritz said in a statement. "Our government is committed to giving Western Canadian grain farmers the marketing freedom they want and deserve."

Ottawa has announced plans to remove the board's monopoly over grain sales next August. That will mark a huge change in Canadian agriculture and the impact is far from certain.

Wheat is the largest crop grown on the prairies and the CWB has marketed wheat and barley as a federal agency for 75 years. Board proponents say its size gives it clout in international markets, which leads to better prices for farmers. Opponents argue farmers could do better on their own and they point to canola and pulses as examples of crops that are sold privately.

Peter Phillips, an agriculture economist at the University of Saskatchewan, said the federal government has the power and right to dismantle the board and the debate should be focused on what happens next. "I'm hoping that at some point we get passed the high -level one-word answers and start looking at strategies and options," he said. "It's going to be a tricky time."

The government hasn't provided details about what will happen to the Wheat Board once it loses its monopoly. Prof. Phillips said the board could remain a significant player in the grain trade because of its marketing expertise. A lot of foreign governments "like dealing with Canadians and the Canadian Wheat Board," he said. "They have a good brand out there and brand value can be worth a lot."

Prof. Phillips and others have cited Australia as an example of what could happen in Canada. The Australian Wheat Board was privatized in 1999 and is now owned by Cargill Inc.

"In moving from a monopoly situation to a competitive situation, there were no disruptions for farmers," Australia's Trade Minister Craig Emerson told an international agriculture conference in Saskatoon last Friday. "I highly recommend the experience of Australia in terms of wheat marketing."

Mr. Oberg and others say the Australian system hasn't worked. He said prices for farmers dropped, the Australian Wheat Board became irrelevant and crop quality has become a concern. "Our position always has been that there is no such thing as a dual market and the situation in Australia has proved that," Mr. Oberg said.

He added that if the Canadian Wheat Board is dismantled, European and American multinational grain companies will move in and dictate prices to Canadian farmers.

Others said the 55-per-cent turnout indicated farmers are not sold on the board. "The low turnout shows many farmers agreed that this was a meaningless exercise," said Rolf Penner, a vice-president of the Western Canadian Wheat Growers, which favours dismantling the board. "I completely reject the idea that my neighbour should have any say over how I market my grain." 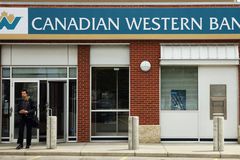 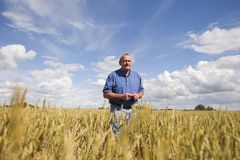 Why would farmers want to leave a successful cartel?
June 15, 2011
Manitoba releases pro-wheat board ads as election looms
June 13, 2011 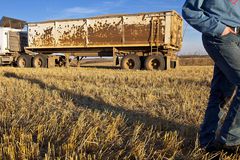