In a city full of fancy restaurants and with the promise of a free lunch dangling before his eyes, all Edward Sonshine wants to do is eat at The Keg.

There's nothing particularly unique about the midtown restaurant, and that's the point. It's the same as all the others in the chain, from the surprisingly dark dining room to the little basket of piping hot bread covered in a black napkin.

It's an obvious choice for Mr. Sonshine, the chief executive officer of RioCan Real Estate Investment Trust, who has spent the past 15 years developing giant outdoor shopping malls in suburbs across the country. His huge personality may help him stand out amongst Canadian CEOs, but his business is all about doing the same thing over and over.

"This is a good place," he says as he waits for his transition-lens glasses to lighten up. "I know what to expect, you know?"

Mr. Sonshine started RioCan in 1994, a difficult time to convince anyone that investing in real estate was a good idea. Property values crashed through the early 1990s, and the large power centres that now dominate Canada's retail landscape had yet to gain a foothold in Canada.

"You've got to appreciate that even what we went through here in 2008 and the beginning of 2009 was a walk in the park compared to what the real estate industry went through in the early 1990s," he says.

Further complicating things for the ambitious lawyer-turned-developer, his company's decision to set up as a REIT confused many investors who were not yet familiar with the corporate structure that sees the rent generated by properties paid back to the company's unitholders.

But after watching the nineties crash unfold from his position as executive vice-president at Counsel Management Services, he was convinced that REITs were the best way to recapitalize the struggling real estate industry (he was right - RioCan is now Canada's largest REIT, with a market cap of $5.9-billion and assets worth $9.5-billion).

With RioCan's backing, the large outdoor malls anchored by major retailers in huge warehouse-sized outlets that had been taking over the U.S. landscape in the late 1980s soon began appearing in the Canadian suburbs, defying the critics who suggested shoppers would never be willing to cross vast parking lots in the middle of winter when so many indoor malls offered warmer options.

"I spent the first three or four years going around knocking on a lot of doors explaining to people what a REIT was," he says. "I was just looking at making a living. I was worried about bringing home groceries."

He doesn't worry about buying food any more. If anything, he worries about eating less. After examining the space between his stomach and the edge of the table, he somberly announces that he'll be eating salad. It's not as healthy as it sounds - it's a sirloin steak salad with blue cheese dressing (served on the side, and then generously applied).

Investors will no doubt be pleased he's taking care of himself - the company's board just handed him another five-year management contract, a deal that will see him at the helm of an ambitious U.S. expansion drive that is looking to take advantage of the well-funded company's ability to access capital.

Rumours of his departure have dogged him for years, and the contract was intended to squelch the speculation. The problem, he says, is a pension plan created about 12 years ago by the board that would only pay out if he served as CEO until he was 60. As 60 approached, many assumed he would quit the day his pension kicked in.

The board redrafted the contract, with an enhanced payout should he stay till 65. He's 64 now, and the retirement rumours have started again. The board asked him to sign the new five-year deal late last year to stop the speculation.

"The truth is there's nothing else I'd rather do," he says, adding the new contract takes him to 68. "Am I going to start a new business? No. I've already built one - that's enough."

That does raise the question of succession - few Canadian companies are so identified with their CEOs. He heaps praise on the managers he's hired to steer the company, as he tries to make the case that he's just a team player.

"I don't do much, you know," he says. "I come up with the strategy. I do a lot of capital allocation. Oh, also acquisitions. And finance. We spend a lot of time talking about succession internally, and I work with a lot of the people that would be in line and a lot of that depends on how long I stay. Most people think I'll stay forever, but I won't."

There are plenty of reasons to stick around. One is a long-considered U.S. expansion plan. The company spent $600-million in 2010, and plans to do the same this year. And of course, there's the impending conversion of many Canadian Zeller's locations into Target Corp. outlets. The deal hadn't been announced yet when we sat in The Keg, though in retrospect he was definitely fighting an urge to spill the details. As one of Zellers' largest landlords, he was likely one of Target's first calls when it considered its northern move.

"It's a good market up here and every American that's ever come up has done very well," he says, alluding to Target's imminent arrival. "In the United States there's really no new development, not really. There isn't any. So where are you going to expand?"

"We have to come up with urban formats because retailers are desperate to get downtown locations," he says, adding one of the company's projects is adding a grocery store to the second floor of a condo building in downtown Toronto. "Everybody's recognized that endless suburban sprawl, even if the land exists, is bad. It's bad environmentally and economically. You just can't afford to keep building new infrastructure."

He's not relying on third-party accounts and market research reports about urban intensification - after 26 years of living in a sprawling York Mills home in Toronto, he's bought a condo off Bloor Street and he and his wife will soon move in.

"It's just the two of us rattling around in a pretty big house," he says. "We don't need to move but you know, the concept of living a more urban lifestyle is really what's attractive."

But the king of suburban retail development hasn't gone totally green - the condo comes with four parking spaces. That'll make any weekend trips to the big box stores that much easier.

"Power centres work," he says. "At our larger centres, people actually will shop at one store, get in their car and drive over to the other side. We see it all the time. What can I say? People love their cars."

- The son of Holocaust survivors, Edward Sonshine was born in a displaced persons camp in Bergen-Belsen, Germany. Emigrated to Canada two years later with his parents (who first tried unsuccessfully to move to the United States).

- The family went to London, Ont., but found it too small compared with their original home in Warsaw. They moved to Toronto a week later.

- President and chief executive officer of RioCan REIT (since 1995)

- Three children with wife Fran, whom he married in 1968. Daughter Jodi is a doctor, Daniel works in private equity, and Jonathan works at RioCan.

"I'm very involved with Mount Sinai Hospital and … I'm the chair of Israel Bonds Canada and the United Way. Lately, though, I support my wife more than anything else because she was the chair of Baycrest Centre and now she's head of the Canadian Society for Yad Vashem in Israel … so I get involved with her."

For the first 10 years, I just always assumed one day we'd just sell it. To me it was a deal. I hate to put it that way. You know, it's a public company and it has provided a wonderful income to a lot of people who wanted and needed it. But I realized three or four years ago that we were creating a bit of a Canadian institution.

On bringing power centres to Canada

What made me really nervous, and this will show my insecurity at that time, was that the big guys, weren't doing it. Ivanhoe Cambridge, Cadillac Fairview, Oxford - where were they, you know? But usually if it's happening in the States it's going to happen here, so it had to work.

We're going to take it back a little bit. If you can meet your profit targets with less leverage, you're better off. Whatever the next crisis is, and there'll probably be one, that seems to be the key - not too much debt.

On his last name

The actual name was Zonenszajn. That was my father's birth name, which is actually sort of German/Polish spelling of sunshine, but when he came to Canada there was already a family named Sunshine here and it was quite well known. The guy's name was Harry Sunshine. He owned the Argonauts and he owned big steel. So we changed it to Sonshine. 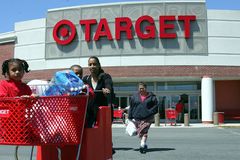