On May 9, The Globe and Mail published Canadians Can Innovate, But We're Not Equipped to Win, by Research in Motion co-founder Jim Balsillie. This is part of a series responding to and expanding on that essay.

That may sound harsh, but the facts speak for themselves. The Organization for Economic Co-operation and Development reports that Canadian business investment in research and development is running among the poorest performers in the OECD countries. Even with above-average government support, our overall R&D investment is a disappointing 12th.

Canada has a postsecondary sector that is admired around the globe; our universities are leaders in research performance. Yet, we are the only developed country with an intellectual-property deficit – the only OECD member that spends more to acquire other peoples' technology than the world buys from us.

If we don't turn this around, Canada will languish in an increasingly competitive global economy.

We've heard the explanations. First, there are the structural constraints: The Canadian economy is dominated by subsidiaries of multinationals that do their R&D elsewhere and by enterprises that are not large enough to build their own research capacity.

Second, there is the evocatively named Valley of Death – the chasm in which so many university discoveries die on their journey to market implementation. That's not peculiar to Canada. Americans and Europeans also bemoan the gap between university invention and market innovation.

But we're further behind, so there is greater urgency to find a new way across the valley – or, better still, remove the valley altogether.

Writing in these pages earlier in May, former Research in Motion co-CEO Jim Balsillie challenged universities to do more to support an innovation economy by giving researchers academic credit for their commercialization activities.

Yet, this recommendation misses the point. The market provides no lack of incentives for university researchers to commercialize their research, especially at institutions such as Simon Fraser University, where they own the intellectual property rights. What those researchers too often lack is good information and advice about market needs and opportunities.

A more productive strategy is to bring university researchers into a more interactive relationship with the community at large. We have tested this approach at SFU as part of our vision to be Canada's "engaged university," and it works. When researchers, industries and other community-based institutions get together, academics learn more about societal needs and community partners often see the relevance and applicability of university invention and discovery.

Consider 4D LABS, a $60-million state-of-the-art facility for materials science and engineering research, training and innovation. In the old model, a university might have used this space exclusively to invent, to discover and then to try to push something new (and inadequately understood) into the market. But through the federally and provincially supported Prometheus Project, 4D LABS brings postsecondary researchers, private-sector companies and community partners together to learn from each other.

We still push. For example, 4D LABS's relationship with Nanotech Security Corp. was instrumental in enabling SFU researchers to leverage their discovery of nanostructures that give the blue morpho butterfly its iridescent sheen to produce high-security 3-D nano-optic images on currency, documents and goods.

However, 4D LABS's open and collaborative platform also offers companies a chance to pull, as when 4D researchers responded to a challenge set by Cooledge Lighting to develop its innovative flat and flexible LED lighting, thereby addressing a market-ready business opportunity.

Another model is to embed researchers in the community, as we have done with Innovation Boulevard, a partnership with the City of Surrey and Fraser Health Authority that is driving the development of medical technologies.

The key here is collaboration. As we tell our children, holding their toys too tightly is counterproductive – everyone benefits when they learn to play well with others. In the grown-up language of today, it's about "open innovation" – creating spaces in which multiple players can work together to solve pressing problems.

The bottom line is this: Given structural constraints, universities provide the best hope for improving Canada's innovative capacity and economic performance. In recognition of this, governments need to strengthen support both for foundational research and collaborative research models. But universities also bear responsibility for bridging the Valley of Death by learning to play well with others. 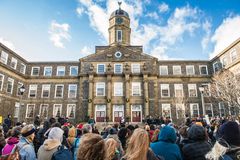 Opinion
For university innovators, building a better mousetrap is just the beginning
May 14, 2015 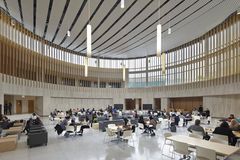 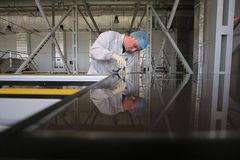 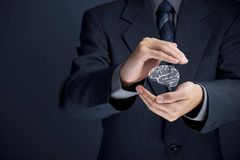 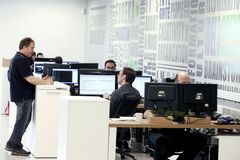