In 2008, Bombardier launched a television advertising campaign that featured renditions of Canada's national anthem in several foreign languages. One of them was Zulu, the language most spoken in South Africa's Gauteng province, where the Montreal-based company had just won a breakthrough contract as part of a consortium chosen to build a $3.3-billion (U.S.) high-speed rail project.

The ad campaign that ran during the 2008 Summer Olympics was meant to make Canadian couch potatoes every bit as proud of Bombardier as of the Canadian athletes who won medals at the Beijing Games. What viewers didn't know at the time, however, was that some of the tactics Bombardier had employed to win the contract were hardly anything to be proud of.

As a Globe and Mail investigation revealed on Saturday, Bombardier acknowledges it paid "success fees" to at least one middleman it hired to improve its chances of winning the coveted contract. It called the payment of success fees "common practice" and "perfectly legal" in many countries where it operates.

Investigation: How Bombardier's 'success fees' gave the transport giant an inside track to deals around the world

While Canadian law did not explicitly forbid domestic companies from engaging in such practices abroad until last year, the payment of success fees raises questions about the integrity of public procurement processes in many of the countries where Bombardier operates. If Bombardier waves the Canadian flag abroad, it should embody Canadian business ethics. That means it needs to open its books on the South African deal.

"A success fee is a red flag for possible bribery," explains Richard Leblanc, an associate professor of law, governance and ethics at York University. "What was done for the money and did Bombardier's legal department approve the contract" with the middleman it hired?

The same question can be asked with respect to other foreign deals in which Bombardier worked through agents or middlemen to win major contracts, right up to the 2013 bid won by its Swedish division to install computerized signalling systems for a rail line in Azerbaijan. The project, mostly funded by the World Bank, led Swedish prosecutors to lay bribery charges against a relatively low-level Bombardier employee there last year.

While that employee was recently acquitted, questions remain about Bombardier's relationship with an opaque shell company called Multiserv Overseas, which made an $84-million profit on the Azerbaijan contract, even though there is little evidence it did any work on the project. Bombardier cut its ties to Multiserv in June after launching an internal investigation that was sparked by a previous Globe report on Bombardier's relationship with the company, which appears to have links to powerful Russian individuals known for their Kremlin connections.

If it is to maintain the confidence of Canadians and their governments, which have generously bankrolled the company for decades, Bombardier must make public the results of its internal investigation into the Multiserv relationship and take appropriate action against any executives found to have acted contrary to the company's Code of Ethics and Business Conduct.

The latter stipulates: "As an employee, you must never approve, authorize or make any payment, gift or favour to any person in a position of authority, such as a government or corporate official, in order to obtain favourable treatment in negotiations or the awarding of contracts, or any other dealings." The code also applies to agents Bombardiers hires in foreign countries.

Prof. Leblanc argues that Bombardier needs to launch a similar internal investigation into its South African dealings, where its Gautrain high-speed rail project was at the centre of a corruption investigation by the country's former public protector.

"My advice to the Bombardier board is to do an immediate investigation," he says. "It is so serious it should probably be led by a special committee of the board."

While Canadian legislation has since last year explicitly forbidden domestic companies from making facilitation or "grease" payments to win contracts abroad, the new law is not retroactive. But that does not mean Bombardier does not need to explain its behaviour.

So far, it has been evasive in its response: "Bombardier has never been questioned or, to our knowledge, investigated by the South African Office of the Public Protector. We have never been, to our knowledge, the target of a criminal investigation related to the Gautrain contract," company spokesman Olivier Marcil said in an e-mail to Globe reporter Mark MacKinnon.

If Bombardier is not required by law to explain its actions, its Canadian partners should at least hold it to account. In 2015, Export Development Canada lent $450-million to South Africa's state-owned rail operator Transnet Group to help finance the latter's purchase of 240 Bombardier locomotives. That same year, Caisse de dépôt et placement du Québec paid $1.5-billion for a 30-per-cent stake in Bombardier's rail division, known as Bombardier Transportation.

Caisse spokesman Maxime Chagnon indicated the Quebec pension fund manager had "taken note of the contents of the [Globe] article. If we have any questions, we will pose them directly to company management."

Let's hope it does.

INVESTIGATION
How Bombardier’s ‘success fees’ gave them an inside track to deals around the world
Subscriber content
December 30, 2017 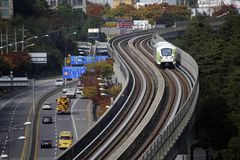 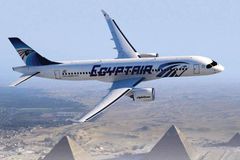