Rajeeva Sinha is an associate professor of finance at the Odette School of Business, University of Windsor.

So we have a CPP boost and we have the usual responses. The employers' groups see the Canada Pension Plan contribution enhancements as devastating to the economy, a killer of jobs, while the government sees the boost as the required fix for delivering to all Canadians the prospect of financial security into old age.

Policy making is messy. The federal Liberals deserve credit for taking a step, but a single measure is not a plan. The danger in the current exchange is that we have reduced prospects for a more balanced conversation on old-age financial security for all Canadians.

Job losses and declining competitiveness attributed to enhanced retirement benefits are an archaic notion of value creation as a cost-cutting exercise. The consequences for present and future jobs depend upon how retirement benefits are defined and a clear intergenerational assignment of costs and benefits between current and future workers. In a 2005 report on pensions and health care, the World Economic Forum put forward three alternative scenarios; the one that made most sense was described as "we're in it together." Management and productivity literature increasingly focuses on evidence that a cared-for work force is a more productive one.

We also have to recognize that we need a sincere conversation about old-age financial security. What we know from various fields of research shows that some of the basic premises of the debate on retirement security requires rethinking.

First, we need to make a distinction between wealth management and old-age financial security. The financial services industry does not appear to or want to understand this distinction. This is not only important for money management but also for expectation formation of beneficiaries, in terms what to contribute and what returns to expect.

Second, we need clarity on our income replacement rate goals. Traditionally, IRR is visualized as a single percentage value or an individual choice. But it cannot be the same for different income groups. For Canadians in higher-income groups, the policy goal of income replacement can be a lot lower than for the lower-income deciles. For higher-income groups, a higher IRR should be an individual choice and objective, not a policy concern. This would call for a rethink of RRSPs and TFSAs as a form of private pension provision. RRSPs are inherently regressive and we need to identify what it costs society to have such a program.

Finally, the life cycle income hypothesis, along with rational actors and efficient markets, cannot be a valid basis for pension planning given what we know about behavioural finance and research on labour markets. Some form of auto-pilot savings program, rather than incentivization of households to save long term, is becoming the practice given the findings in behavioural finance.

Furthermore, as meta-analysis by the World Bank of financial literacy and education programs shows, financial education and literacy programs do not work. Another World Bank study on pensions and performance measurement finds that labour market risks are as significant as financial risks to old-age financial security. Studies of micro-data on U.S. households show that the conventional hump-shaped lifetime income hypothesis is true for less than a quarter of households.

A good plan for old-age financial security should have a well-designed disbursement or decumulation strategy of the pension assets. The decumulation strategy should not have an exclusive financial focus; it should incorporate a lifetime view of how to use saved and invested funds to create assets, in particular for lower-income groups. Experience of countries like Singapore has shown that this has been a very effective tool in avoiding old-age poverty and promoting economic competitiveness. 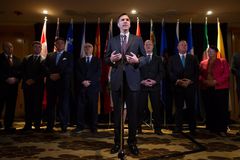 CPP a disaster for business? That's selling it too hard
Subscriber content
June 22, 2016 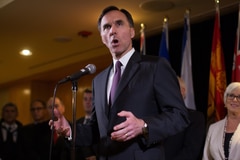