More bad news for the middle class: When the economy recovers, jobs in the middle won't. That is the conclusion of an important new study that connects a long-term trend in the labour market with the business cycle of recession and rebound.

Economics professors Nir Jaimovich of Duke University and Henry Siu of the University of British Columbia take as their starting point one of the most important changes in Western developed societies. That shift is what economists have called the "polarization" of the job market. Maarten Goos and Alan Manning, extending the research to Britain, have more colourfully dubbed it the dual rise of "lousy and lovely" jobs.

Their point is that, thanks to technology, more and more "routine" tasks can be done by machines. The most familiar example is the increasing automation of manufacturing. But machines can now do "routine" white-collar jobs, too – such as work that used to be performed by travel agents and much of the legal "discovery" that was done by relatively well-paid associates with expensive law degrees.

The jobs that are left are the "lovely" ones at the top of the income distribution – white-collar jobs that cannot be done by machines, such as designing computer software or structuring complex financial transactions. A lot of "lousy" jobs are not affected by the technology revolution, either – collecting the garbage or peeling and chopping onions in a restaurant kitchen.

Job polarization is happening throughout the Western developed world. It accounts for many of the social and political strains we have experienced over the past three decades, particularly the increasing divide between the people at the top and at the bottom of the economic heap, and the disappearance of those in the middle who were once both the compass and the backbone of our societies.

What's new about the Jaimovich-Siu work is that they have found that job polarization isn't a slow, evolutionary process. It happens in short, sharp bursts – economic downturns. The researchers found that in the United States since the mid-1980s, 92 per cent of job loss in middle-skill occupations has happened within 12 months of a recession.

The March U.S. jobs report showed a decline of 34,000 jobs in the retail sector despite recent improvements in store sales. Some economists attributed that apparent mismatch to the power of technology, in this case e-commerce.

"That is certainly in line with our findings," Prof. Siu said. "Salespeople are one of the prime examples of routine jobs." The Jaimovich-Siu paper concludes that "jobless recoveries are evident in only the three most recent recessions, and they are due entirely to jobless recoveries in routine occupations. In this group, employment never recovers beyond its trough level, nor does it come anywhere close to its pre-recession peak." This is, he said, "a stark finding."

However, he urged me not to be too gloomy. "In the broad sweep of history, technology is good," he reminded me. "We've been wrestling with this for 200 years. Remember the Luddites." That is an important point. All of us, even the hollowed-out middle class, would be much worse off if the Luddites had won the day and the Industrial Revolution, whose latest wave is the past 3½ decades of technological change, had never taken hold.

But it is also true that every seismic shift, including the current one, has winners and losers. For the losers, adapting to today's world of lousy and lovely jobs may be even harder than it was for the artisans of the Luddite era to thrive in the Machine Age.

"What might be different today is two factors," Prof. Siu said. "The pace of technological change is so much faster, and we live in such a complex society, that it is harder than ever to switch to a new occupation." All of us are awaiting an economic recovery. We should be braced for one that offers scant comfort to the middle class. 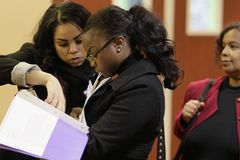 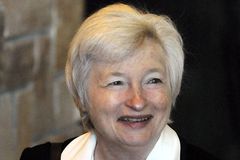 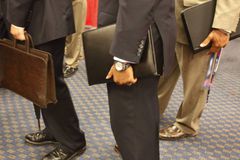 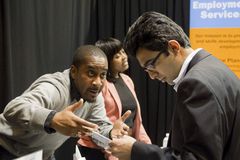 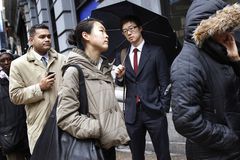