The Chinese Communist Party is worried about the uncouth behaviour of Chinese tourists abroad. Complaints are voiced in Southeast Asian resorts about poor table manners, loud voices, spitting and even urinating in public, capped by the recent discovery of graffiti in Chinese characters on an ancient Egyptian monument. Nouveau riche travellers have always aroused the contempt of sophisticates and provoked the irritation of locals but a Chinese private equity fund may have found the perfect solution in Club Med, which has been informally giving the French a kind of holiday skills training for decades.

Since the 1950s, Club Med has been instructing French salaried workers on how to play nicely on holiday at exotic locations, mainly in the Mediterranean and the Caribbean. The business expanded rapidly during les trente glorieuses, three post-war decades of Gallic success and economic expansion. Club Med's legion of gentils organisateurs pointed the way to a life lived in a relaxed style, in skimpy clothes and preferably on a beach. Now Chinese private equity fund Fosun International is leading a buyout of the French holiday resort operator, which is targeting a big expansion of its business among Chinese consumers.

The long holiday is now over for France and most of Europe, and the bills have to be paid. Club Med's sales in France are falling, hit by recession and the expansion of rival budget travel operators. In search of new markets for its brand of sea, sun, sex and fun, Club Med is eyeing potential aspirants to the hedonistic life in Russia and China. With the backing of its new joint owners, Fosun and Axa, the French insurer, Club Med wants to make China its second largest market within two years.

It's a huge opportunity. The numbers of Chinese venturing overseas for holidays has risen eightfold to 83 million in just over a decade. However, their behaviour has not always endeared themselves. In May, the Chinese vice premier waggled his finger at his countrymen and women. "They speak loudly in public, carve characters on tourist attractions, cross the road when the traffic lights are still red, spit anywhere and [carry out] some other uncivilised behaviour. It damages the image of the Chinese people and has a very bad impact," scolded Wang Yang. News reports in Thailand, a favorite destination for mainland Chinese, complain about the vulgar swagger and rude manners of the new visitors; diners at a restaurant in Hong Kong were recently shocked to see a mainland Chinese couple allow their child to urinate into a bottle at the table.

In response to the latest, widely publicised outrage, when it was discovered that a 13-year old boy from Nanjing carved his name onto a 3,500 year-old statue in Luxor, the government has decided to take action. The Central Guidance Commission for Building Spiritual Civilisation and the China National Tourism Administration have re-issued a poem that should help tourists remember the rules of "civilised behaviour" on the road. It urges Chinese visitors not to shout and mandates good behaviour: "Gambling and pornography, we resolutely oppose."

While it is easy to understand the Chinese Communist Party's anxiety about cultural clashes, they should not be too severe with the malefactors. During the eighteenth and nineteenth centuries, the behaviour of English aristocratic young men doing the "grand tour" of Italian and Greek classical monuments was not always commendable. Lord Byron allegedly carved his name into the Temple of Poseidon at Cape Sounion. After a few seasons instruction in the politics of beach volleyball and decorum in sharing the jacuzzi at Club Med, Chinese tourists will go unnoticed. 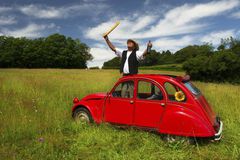 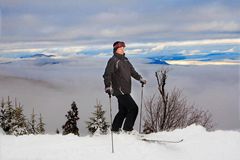